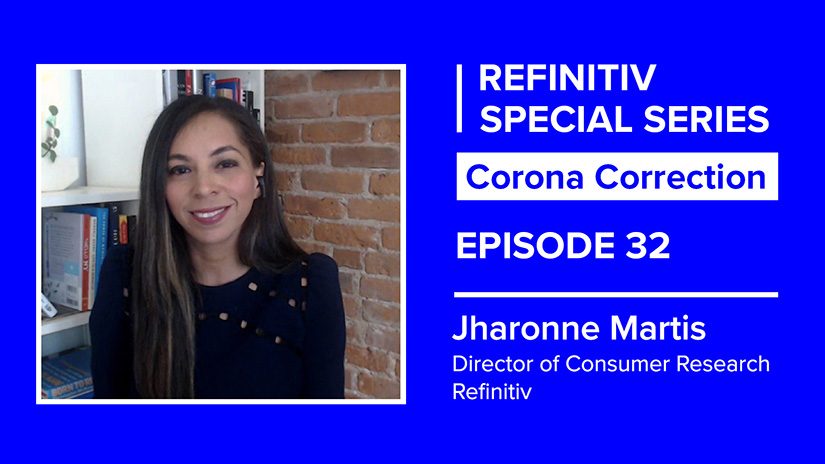 Roger Hirst and Jharonne Martis, Director of Consumer Research at Refinitiv, talk about the findings of a recent Refinitiv survey that looked into the patterns of consumer behavior. The consumer has always been a key barometer of the health of the US economy but are there any permanent changes in the way consumers are purchasing goods?