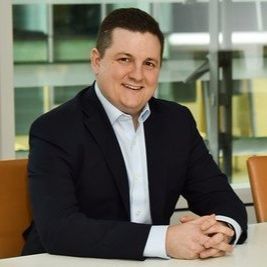 Alongside the regulatory demands and threat of fines running to billions of dollars, financial institutions are under pressure to reduce their (KYC) operational spend.

This juggling act is leading banks to assess and ultimately embark on transformative projects — including KYC managed services — to determine a model by which to achieve compliance with regulatory requirements in a more cost-effective, efficient and customer-centric way.

Some financial institutions are spending up to US$670 million per annum on KYC (including remediation), so there are significant cost savings and rewards to be made, many of which are achievable through the adoption of a KYC managed service. 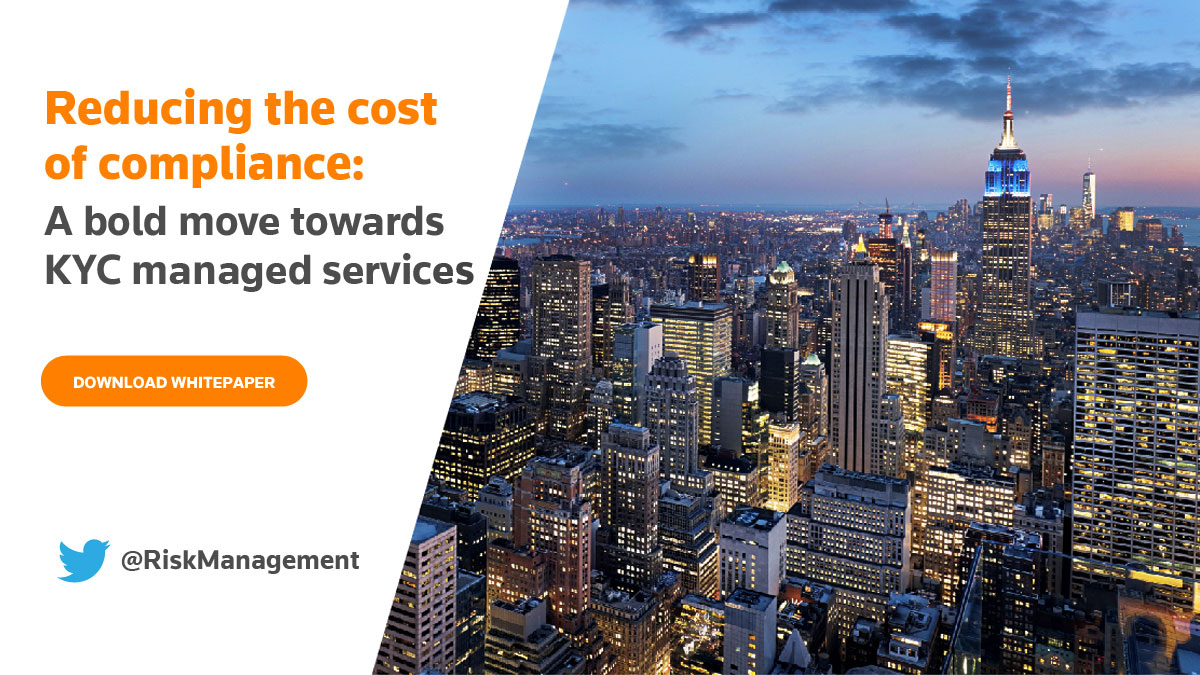 What is the true cost of KYC?

To truly understand and then achieve these savings and rewards, financial institutions must first understand their existing expenditure in order to make a business case for adopting a managed service.

Refinitiv has been at the forefront of helping firms better analyze and understand their true ‘cost of KYC’.

We have partnered with some of the largest global financial institutions to conduct a series of time and motion studies, the results of which were then correlated with cost analysis on full time equivalents (FTEs) and management information.

The aim was to identify, then assess the drivers behind high operational expenditure and inefficient processes, and ultimately get to the root cause of KYC costs and challenges, and quantify the potential benefits to financial institutions of adopting a managed service model.

The studies critically evaluated KYC processes by both analyzing the time taken to build or refresh a KYC record and the costs that go into that process.

Our research revealed a number of insights into a financial institution’s KYC cost profile and typical KYC process. These include: 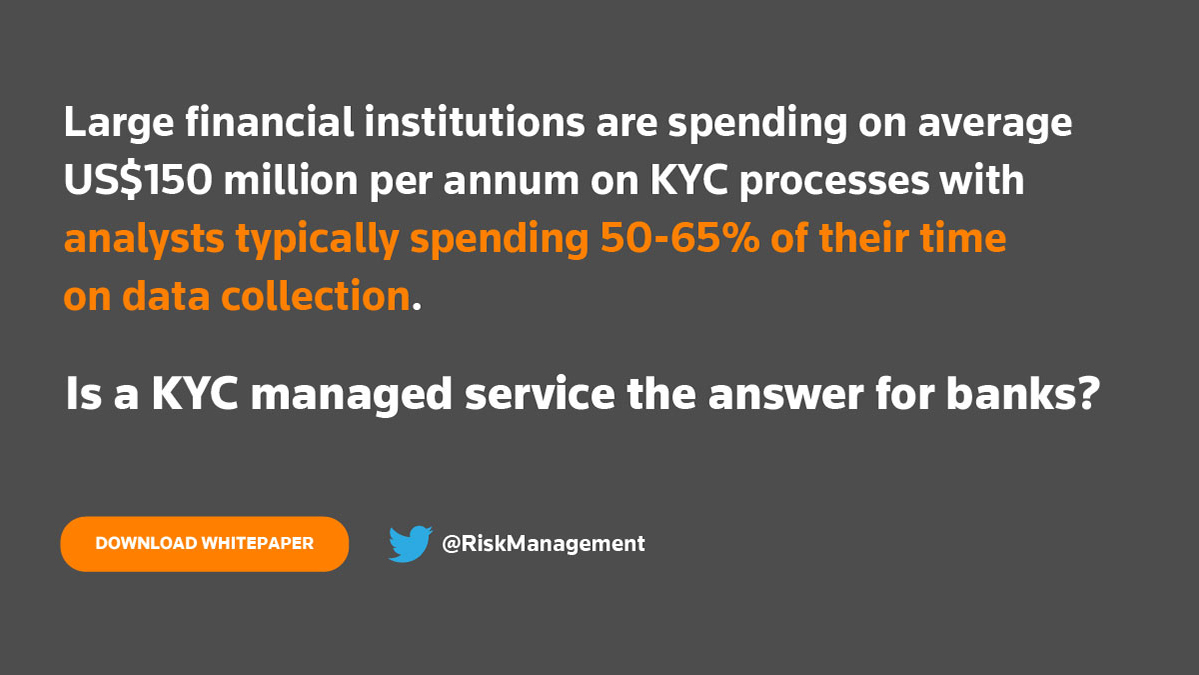 After establishing a cost and effort baseline for financial institutions to conduct KYC in house, we were then able to compare the findings with a managed service (using KYC as a Service) on a like-for-like basis.

Our studies show that, through an automated and centralized operating model, such as KYC as a Service, managed services are able to deliver KYC records at 35-60 percent lower cost per review than financial institutions themselves.

When reviewed against an average $150 million annual KYC spend by large financial institutions — a figure which can rise to $670 million if remediation programs are included — the dollar value-saving is sizeable.

On top of this, the managed service approach is able to generate operational efficiencies, especially in the manual and administratively heavy steps of the KYC process.

This can be translated into additional operations team capacity, allowing the function to focus on more complex, value-add tasks, such as risk decision making.

It also creates an opportunity to increase the volume of KYC records the function is able to complete in a specified time frame — ultimately reducing the need to conduct high cost remediation programmes.

The secret to the cost savings achievable by managed services is mutualization.

The model centralizes the KYC process and associated cost components across multiple financial institutions, lowering the cost of ownership per subscribing customer.

This will evolve the industry as a whole and the way it conducts collaborative KYC — ultimately to achieve further operational efficiency and cost savings for all subscribers.

With the vendor making the investment into the review, analysis and ultimately the purchase and integration of these emerging technologies, financial institutions that adopt the managed service are presented with the opportunity to focus on the benefits of technology without incurring additional cost or investment risk.

It is clear that the potential cost and operational benefits offered by a mutualized approach to non-value add functions are significant and offer an opportunity for all industry players to raise the bar when it comes to optimizing the efficiency of KYC.