The rise of green crime: The growing threat

It’s time to get serious about the green crime threat to the environment, business and security. In addition to environmental crime and wildlife trafficking, green crime also includes the flouting of regulations designed to prevent harm to the environment.  As such, it is closely linked to corruption, organized crime and money-laundering.  It impacts supply chains, poses a danger to security around the world, and it threatens our ability to meet the sustainability goals set by the UN.

With regulatory and law enforcement bodies acknowledging the burgeoning threat, how is Refinitiv partnering with other organizations to create powerful tools to help disrupt criminal networks?

What is green crime?

Green crime involves illegal activity that not only directly harms the environment but threatens our wildlife, impacts business supply chains, and poses a danger to security and stability around the world.

The consequences of green crime are far reaching, and it is gaining the attention of law enforcement agencies, regulators and, more recently, the technology sector.

Green crime is a global ‘industry’ and environmental crime is estimated to be worth up to $258 billion a year* with wildlife crime alone one of the top five most lucrative illicit activities after illegal drugs, human and weapons trafficking.  And because green crime is becoming increasingly sophisticated, it is rising up the list of priorities for law enforcement agencies and regulators alike.

Interpol and Europol recognize the wider links between green crime and transnational organised crime and terrorism. According to Interpol, the exploitation of natural resources by criminal networks, often in conflict areas, poses a threat to peace and security.

Listen to our on-demand webinar: The rise of green crime

Regulatory bodies are also acknowledging the threat. The European Union has included environmental crime as a predicate offence under the 6th EU Anti-Money Laundering Directive (6AMLD). And the new Financial Action Task Force (FATF) priorities for 2020 will focus on the illegal wildlife trade.

Yet despite the increased focus on green crime, the fines and sanctions directed towards this illicit activity are far less than those related to anti-money laundering and the financing of terrorism. Given these disparities, is it time to re-calibrate the current legislative and enforcement regimes to take in to account the damage caused by these crimes and the risk they present for future generations?

Watch: In conversation with Jürgen Stock, The Secretary General, Interpol – The Fight Against Green Crime

Disrupting the green crime networks through data, technology and collaboration

While it seems that no single body is owning the problem, we are not powerless to act. Technology and data have a crucial role to play in disrupting the green crime networks.

These criminal networks often use legal business structures and complex business ownership models to obscure their illicit activity. Their ability to do this is often made easier by lax approaches to due diligence.  Our own research shows that 43 percent** of third parties do not receive due diligence checks and 60 percent of respondents are not fully monitoring third parties for ongoing risks.

But formidable resources using vast data sets are being created to help fight back. They enable us to unravel complicated ownership structures, analyse network connections, and screen entities in line with regulations across the globe.

If we are to turn the tide on green crime, then increased collaboration and effective cooperation across the public and private sectors will be an imperative. This would require a concerted effort to bring big companies, regulators, politicians, and charities together in order to meet the challenge. More importantly, it would require these various organisations, often working in silos, to rally around a global mission statement.

Refinitiv partners with United for Wildlife

Green crime, comprising environmental crimes and wildlife trafficking, is estimated to be worth billions of U.S. dollars in illicit proceeds globally, with the illegal wildlife trade valued between $50-150 billion USD per year1.

Wildlife crime is one of the five most lucrative criminal activities, following illegal drugs, human and weapons trafficking. It is estimated that businesses are spending on average 4 percent of their global turnover checking customers and suppliers for links to such crimes2. Due to its increasingly sophisticated nature, tackling green crime requires effective cooperation across public and private sectors.

Led by The Duke of Cambridge and The Royal Foundation, United for Wildlife seeks to support new and innovative ways to protect animals against poachers, combine forces with the public and private sector to curb trafficking, and reduce demand for wildlife.

As a company, we are partnering with other organizations to create powerful tools to help disrupt criminal networks. We can now unwrap ownership hierarchies across more than 200 countries, unlocking more than 100 million connections and screen the associated entities for potential risks, including those relating to green crime.

Watch: The rise of green crime

With access to such data, businesses can look to further strengthen their own corporate due diligence programs and ensure their employees are appropriately educated and trained. As we incorporate machine learning and artificial intelligence with data, we see the potential to uncover and predict additional hidden risks in business relationships and human networks.

It’s time to get serious about green crime and that starts with placing an increasingly high priority on tackling it.

When you need to know exactly who you’re dealing with, Enhanced Due Diligence reports give detailed integrity and advanced background checks on any entity or individual – wherever their location.

When you need to know exactly who you’re dealing with, Enhanced Due Diligence reporting gives detailed integrity and advanced background checks on any entity or individual – wherever their location

What is green crime?

Green crime is a global ‘industry’ and environmental crime estimated to be worth up to $258 billion a year* with wildlife crime alone one of the top five most lucrative illicit activities after illegal drugs, human and weapons trafficking. For further details, download the report — The true cost of financial crime 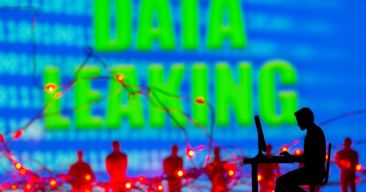 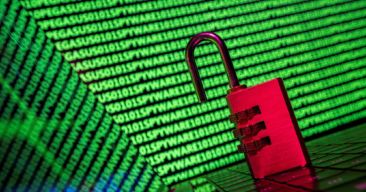