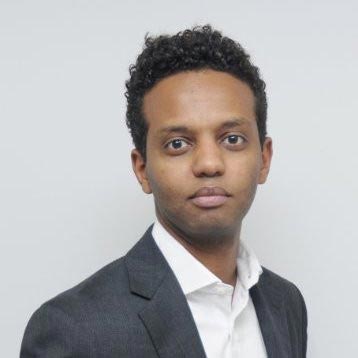 The oil price shock triggered by the coronavirus and the unravelling of the OPEC+ production agreement has made finding fair value in the energy sector much more challenging. Discover how Refinitiv is helping investors to achieve greater clarity on hard-to-value assets.

As both the world’s largest oil importer and the source of the global coronavirus outbreak, China is key to the recent oil price shock and collapse in asset prices.

The country’s efforts to contain the virus – including lockdowns, prohibitions on migrant worker movements and work-from-home policies – have slowed its economy dramatically.

Industrial output fell as much as 13.5 percent in the first two months of 2020, according to the National Bureau of Statistics of China. Services, retail sales and investment all declined as well, while unemployment rose.

This unprecedented contraction has hurt other Asian countries too. Singapore now forecasts 2020 GDP at between -0.5 percent and +1.5 percent, compared with a previous estimate of +0.5 percent to 2.5 percent.

Even those less integrated with China are affected. The OECD recently cut its 2020/21 GDP growth forecast for India to 5.1 percent from six percent.

In turn, Asia’s slowdown has curbed the region’s demand for oil and gas. In particular, Chinese appetite has slumped.

The country is buying as many as three million barrels of crude fewer per day (bpd) than before the outbreak, according to some reports. The International Energy Agency (IEA) put the decline at 3.6 million bpd in February, whereas China’s consumption stood at 14 million bpd previously.

Such a large and rapid reduction in demand drove energy prices down. Having started 2020 close to US$70, the Brent crude oil benchmark reached the end of February barely above US$50.

Against this challenging background, Saudi Arabia and Russia – the two key players in the OPEC+ alliance that has supported oil prices since 2016 – could not agree a strategy.

After Russia rejected a production cut of more than 1.5 million bpd, the Saudi response was to slash its crude by up to US$8 and threaten to ramp up production.

The result: a further slide in oil prices as Brent slid below US$35. A week later it was trading at US$30.

For oil and gas companies, this outcome could hardly be worse. Plunging bond and credit derivative prices underscore how negatively investors perceive the sector’s outlook in the light of much lower prices and coronavirus’s impact on demand.

The latter recently prompted the IEA to forecast the first annual decline in global oil demand since 2009.

The oil sell-off led to energy bonds falling 11 points on average – a decline never seen before in the sector. Some were down 40 points.

This reflects a real risk of default. JP Morgan sees almost a quarter (24 percent) of U.S. energy companies defaulting by 2022, even if crude recovers to US$50 next year. At US$40, as much as 43 percent of the industry would fail to meet its obligations.

Ratings agencies are also reviewing their stance. Despite dividend cuts and other efforts to conserve cash, weak investment grade credits like Devon Energy, Hess Corp. and Occidental Petroleum could be cut below the key BBB mark, Standard & Poor’s has warned.

Nowhere is the worsened environment more glaring than in the North American shale industry.

With break-even for its product particularly high (around US$45-55 a barrel, analysts estimate) because of its production costs and steep leverage, refinancing and default are a clear danger for some shale companies.

Even so, the sector still has a couple of positives going for it.

For one, the Trump administration has announced plans to buy domestic oil for the U.S. Strategic Petroleum Reserve. For another, many shale independents hedged their production before the sell-off.

The approach draws on an extensive network of high-quality data sources, proprietary models as well as regular discussions with global market-makers. Moreover, our global team of valuation experts in multi-asset credit apply insights from their detailed analyses.

The global set-up of Refinitiv’s Evaluated Pricing Service allows for consistency and continuous review of new market sentiments which proves to be extremely relevant during today’s volatile and distressed market conditions.

Evaluated Pricing Service from Refinitiv: Valuations you can count on

Providing thousands of financial institutions around the world with independent, transparent, and accurate evaluated pricing