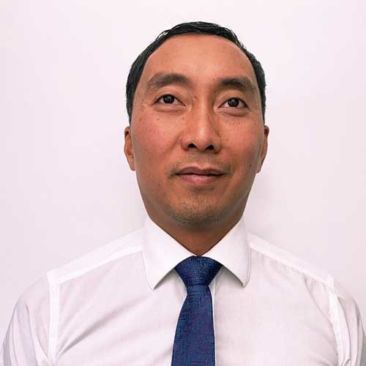 The UK economy looks set to rebound faster in 2021 than its European peers, thanks to the successful vaccine rollout, according to Oliver Dancel-Fiszer, Head of Economic Content at Refinitiv.

The UK economy shrank by a record 9.9 percent last year as COVID-19 restrictions hit output, according to the Office for National Statistics. Indeed, the total contraction in 2020 was more than twice as much as the previous largest annual fall on record.

Given the UK is still in the throes of its third national lockdown, how much smaller will the UK economy be once the dust settles? Well, I can tell you, for I’ve seen the ‘preview’, and the reality might not be more of the same.

For one thing, the UK’s economy surged by a record 16 percent in Q3 2020 as lockdown restrictions lifted. Not a small feat considering it shrank by an equally dire 19 percent just the quarter before when the first lockdown was in full swing. If recent history is anything to go by, we could expect an equally impressive bump in GDP as we come out of this third, and hopefully, final lockdown.

Datastream: Refinitiv’s historical financial database with the information and tools you need to interpret market trends, economic cycles, and the impact of world events

Why vaccines are key to recovery

Why is that? A key factor here would undoubtedly be the relative success of our vaccination programme compared with our European peers. And vaccines, as you know, are the single most important measure for economies to stage a sustainable comeback following the ravages of COVID-19.

At the last count, the UK had vaccinated well over 35 percent of its population, compared with other large European economies such as France (7.1 percent), Germany (7.4 percent), Italy (8 percent) and Spain (8.5 percent). Non-EU countries seemed to have fared better such as the Serbia (18.4 percent), USA (21.2 percent) and Israel at a whopping 60 percent of total population.

A recent Reuters poll of experts seems to confirm the relative bullishness of the UK economy on exiting lockdown.

It forecasts growth to be higher in Q2 2021 compared with other large European economies and is projected to stay higher than these economies for at least the next four quarters.

How has the UK economy learned to adapt?

So, it’s arguably not all bad. It could have been much worse, with many predicting that we almost got ‘lucky’ with the timing of the pandemic: just a few years back the technology wouldn’t have been there to allow companies to function. Now businesses have been forced to innovate at breakneck speed.

The Square Mile’s trading floors have continued with most of their workforce in their kitchen or back bedroom. Crucial, because, financial services contribute hugely to UK GDP – between 6 and 8 percent, depending on how it is measured. The City carries on, as it always has, and that in itself is a remarkable story of just how economically nimble the UK is.

Another surprising figure is that one-and-a-half million people may have left the UK, the biggest such exodus since the Second World War. But, in percentage terms, it’s quite modest so far: about 2 percent of the population have upped sticks. That should result in significantly less spending in the UK economy, which, as any undergraduate knows, will permanently reduce UK GDP by roughly the same amount.

More good news comes from the past year’s sharp fall in consumer spending, and a notable increase in households’ savings, which again means most people are financially in a much better position than they were. If you have a job that is.

Even considering anyone in travel or leisure, the UK’s unemployment figures have failed to reach the direst predictions that were made in the depths of the crisis, with the job numbers expected to improve further.

So the UK has much to look forward to. Our pubs may be closed and our high street shuttered, but I’m hedging my economic bets that we might be back in pre-pandemic shape with a robust economy again, sooner rather than later.

Datastream: Refinitiv’s historical financial database with the information and tools you need to interpret market trends, economic cycles, and the impact of world events

Our asset pricing data services give you transparent, independent, and accurate pricing data you can count on

How is the UK economy doing?

The UK economy shrank by a record 9.9 percent in 2020 as COVID-19 restrictions hit output. However, the UK posted a remarkable economic recovery from the depredations of COVID-19 in the autumn, growing 16 percent in Q3.