Market Voice: It only happens when the market believes it can’t 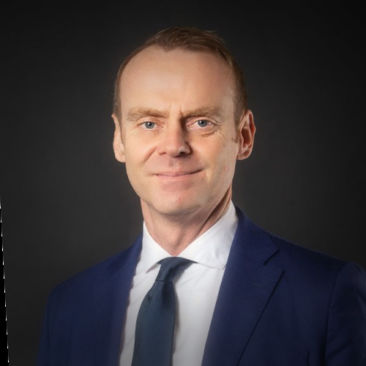 The bull market is closing in on a record ten years creating concerns that the uptrend is long in the tooth, making a bear market overdue. But as discussed in past Market Voice articles, bull markets do not die of old age nor of “overvaluation” (though the latter can keep the market in an extended sideways consolidation). While each bear market has its own trigger, there has been one near uniform backdrop which is not now in place. With the single exception of the mid-1970s oil-crisis triggered downturn, all bear markets over the past sixty years emerged with at least modestly tight Fed policy, specifically, Fed Funds in real terms were north of 150 basis points. The Fed funds rate is now within 100 basis points of inflation so monetary conditions are not tight enough to provide the historic backdrop for the end of the bull market.

Market expectations suggest it will be into next year – or beyond – before Fed funds will be at levels paving the way to a bear market.  Figure 1, taken from the Eikon economic polling app (ECOP), shows polling of market participants on the outlook for CPI Y/Y inflation. While the consensus is that inflation will firm over the year ahead, it is expected to stabilize at just over 2%. This is only modestly above current levels and only marginally higher than the Fed’s target. Notably, the spread between the min and max forecasts is narrowing into early next year and there is a biased skew in the forecast for inflation to moderate over the course of 2020. Even the max forecast has inflation stabilizing well below 3% so none of the forecasts would imply the need for much, if any, additional Fed tightening.

The inflation polling results are echoed in market pricing. Figure 2 is taken from the Rates View App (RVIN) and shows the US Treasury benchmark vs. the TIPS curve. The spread is constant out to the 10-year maturity point and suggests expectations for a benign inflation environment extend well beyond two years. Meanwhile, the futures market suggests Fed funds, if anything, will drop over the next two years. The market outlook on the Fed funds rate and inflation suggest real rates will remain too low for the onset of a bear market for the foreseeable future!

Why so little concern about inflation?

The “Phillips Curve” is derived from that concept that there is a negative trade-off between unemployment and inflation – with lower unemployment associated with higher inflation. While there have always been Phillips Curve naysayers – especially Milton Friedman – it has been an important component of central bank policy making. But there is growing belief even amongst central banks that the Phillips Curve is an anachronism; as shown in Figure 3, the historical relationship between low unemployment and rising inflation seems to have disappeared. Inflation is trending lower even as unemployment drops to levels not seen in over 35 years. Fed Chairman Powell suggested continued adherence to the Phillips Curve in his post-FOMC meeting last week when he said he believed the declines in inflation are temporary. But right on cue, his comments were followed by Q1 data showing sharp declines in employment costs and gains in productivity – exactly what you would expect from a disinflationary economy. We believe the persistent disconnect between unemployment and inflation is the main driver behind the expectation that inflation will remain close to 2% for the indefinite future – e.g., if sub-4% unemployment can’t drive inflation high than it is hard to imagine what will.

Figure 3: The Unemployment Rate and Change in the rate of CPI Inflation

We think that there is a case to be made that Powell is correct and inflation will come roaring back over the course of the next 12 to 18 months. A critical cause of the breakdown in the unemployment/inflation link is the failure, as shown in Figure 4 for employment costs to respond to the normalization in prices following the Great Recession. The increase in any input costs potentially raises the consumer price index, but true inflation can only occur if there is a feed through to wages. As an example, a sharp rise in oil prices would be expected to feed through to consumer prices. But this is a self-regulating rise in prices as the resulting decline in purchasing power depresses demand which subsequently dampens the impact on prices. It is only if workers demand higher nominal wages to offset the decline in purchasing power that an increase in input costs can spiral into true inflation. The implicit absence of labor’s pricing power in much of the past decade made inflation a non-starter.

There are a host of possible explanations for stagnating wages, but some key ones are:

It is beyond the scope of this article to determine the sources of constraint on rising labor costs and, in any event, the restraints on labor costs are fading. As is also apparent in Figure 4, the link between inflation and labor cost appreciation has re-emerged over the past few years.  We believe it is not spurious that there has been a surge in anecdotal examples of employers having to hike wages to deal with a broadening shortage of workers. And the growing trend of rising state minimum wages will clearly provide an upward push to wages. We think the market is underestimating the potential that an upward surge in inflation over the next 12 to 18 months could force the Fed to become much more aggressive on hiking rates which could create the real interest rate backdrop for the onset of a bear market.

Another reason we believe the market may be underestimating the potential for a resurgence of inflation is, as shown in Figure 5, capacity utilization is close to the post Great Recession high and is high even by pre-recession standards. Historically, a utilization rate above 78 has been generally associated with a rising inflation trend, so while capacity is trending lower, it is still at levels consistent with rising inflation. We suspect the downtrend is temporary but if it does continue then it becomes more likely that the benign inflation environment priced into the market is realized.

We believe there is growing evidence that labor markets are regaining pricing power on wages and the consequent upward trend in employment costs will lead to a more significant upturn in inflation than is priced into the markets. The Fed’s need to put priority on controlling inflation will generate the kind of rate hikes which have historically been associated with the onset of a bear market. We believe the markets current fears of the onset of a bear market are premature but could ultimately be realized sometime in 2020 if the inflationary potential we see building in the economy is realized.

Epilogue: What if inflation really is extinct

While we see potential for higher inflation in the next year or two, it is quite possible structural forces of disinflation dominate and the upturn will be temporary and might not emerge at all. If, as the market seems to be pricing, rising inflation is no longer an issue even in the long run, this has significant implications for the evolution of market performance. Since recessions generally emerge in an environment of tight monetary conditions, the end of inflation may well mean the end – or at least moderation – of business cycles all-together. More immediately, the absence of inflation will probably abet the recent tendency for Fed policy focusing on equity markets; both trying to underpin the market but also resisting bubble driven overvaluation. The combination of more stable growth and proactive Fed would probably result in equity performance becoming more bond-like – e.g., a more stable but lower return. We could be on the cusp of the end of the era of index tracking funds!