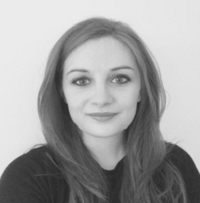 The China-U.S. trade tensions have once again taken a step in the other direction, with news that China has increased its tariff on U.S. LNG imports from 10% to 25% as of June 1st, 2019 – a move that is likely to further reduce U.S. LNG shipments to the world’s fastest growing importer of the fuel.

Between February 2016, when the United States started exporting LNG from the Lower 48 states, and July 2018, when the trade war started, China was the third biggest purchaser of U.S. shipments of the super-cooled fuel. So far this year however, China is not even in the top 15.

Natural gas is seen as a bridge fuel between current worldwide use of much dirtier coal for power generation and industrial consumption, and renewable fuels, because it burns cleaner. It has seen massive growth in sales in recent years, particularly to Asian nations seeking to reduce their dependence on coal.

The United States, meanwhile, is the fastest-growing LNG exporter in the world, and is expected to rank third in exports in 2019 behind Qatar and Australia. China is the second biggest LNG importer in the world behind Japan.

In September 2018 China imposed a 10% tariff on U.S. LNG imports. U.S. LNG exports to China were expected to increase throughout the 2018-2019 winter season as new U.S. projects came on stream and China restocked ahead of the heating season. Chinese imports have been increasing rapidly due to coal-to-gas switching, and China is now the fastest growing LNG market.

However, due to the tariff war, imports of U.S. LNG have decreased significantly. According to Refinitiv trade flows, China imported just 7 cargoes of LNG between September 2018 and June 2019. This compares to 39 cargoes between September 2017 and June 2018. This is despite overall imports rising. In fact China last imported a U.S. cargo in March 2019 and nothing else since.

China has received more cargoes from Australia, Russia, Cameroon, Egypt, Indonesia, Nigeria, Oman, and Malaysia, and as a result, the U.S. has taken a far smaller “share of the pie”.

On June 1st, 2019 China increased its tariff on U.S. LNG from 10% to 25%, a significant jump, and a considerable deterrent that is likely to end the LNG trade between the two countries (for now).

However, U.S. LNG imports have made up such a small proportion of China’s overall LNG demand historically, that we are unlikely to see any material change to the flow of cargoes.

Chinese end-users will no doubt seek to import cargoes from elsewhere in the world. Meanwhile, U.S. cargoes will likely continue to find homes elsewhere, such as in South Korea, Japan and Taiwan in Asia, Latin America and Europe. U.S. LNG cargoes are very flexible (as they are sold Freight on Board) and can be re-routed easily.

Moreover, the trade war in general is hitting the Chinese economy and slowing demand for Chinese goods. The Chinese economy has for months shown signs of slowing growth and the escalating of the trade war will likely put additional strains on the economy. This will likely weigh on Chinese gas demand from the industrial/manufacturing sectors going forward. The extent of the slowdown will really depend on whether the government will step-in to prop up the economy.

What will be the impact in the long-term?

There may be a much more substantial impact in the longer-term if a resolution is not found. The U.S. is the dominant player in the next wave of LNG projects being planned around the world.

But, U.S. LNG projects may struggle to secure long-term contracts with Chinese buyers and thus may have to start looking elsewhere. This will impact long-term investment decisions in the U.S. on supply expansion plans. A good example being the delay of LNG Ltd’s final investment decision (FID) in October 2018 on its Magnolia LNG project in Louisiana based on difficulty signing Chinese buyers for the project’s output.

Chinese companies will look towards other sources of supply for the future. In April, China National Oil and Gas Exploration and Development Company (CNODC), a subsidiary of CNPC, and CNOOC both signed binding agreements to enter the Arctic LNG 2 project in Russia. Under these agreements, CNOCD and CNOOC will each acquire a 10% participation interest. Meanwhile, earlier in the year, CNOOC signed a sales and purchase agreement with Anadarko for supply from the Mozambique LNG project.

The continued trade tensions between two of the world’s largest economies however does have some winners.

The extended strain on relations is helping projects outside of the United States to reach final investment decision (FID) quicker. The longer the tariff war continues, the more the United States will hand advantages to rival producers in countries such as Russia and Mozambique, and help make the business case for existing major producers such as Qatar and Australia.

The LNG market is expected to tighten from 2022 to 2023 and this means that U.S. LNG projects may lose out in the race to FID.