Quant Investing: The dangers of the Black Box

The ‘black box’ model of automated trading should raise concerns in the world of quant investing – from security risks to compliance and regulatory impacts, writes Andrew Breton.

It only took about 15 minutes for the Dow Jones Industrial Average to fall nearly 1,600 points on February 5, 2018. Why? Was there some sort of catastrophic global event that triggered the precipitous fall?

Not really. Besides the fact that New England was still reeling from the Patriots’ Super Bowl loss the night before (a catastrophic event only for my neighbors in Boston), it was a pretty normal day.

The strong industry consensus is that computers caused that Monday afternoon “flash crash.” Algorithmic trading, where computers automatically pick stocks based on complex pre-programmed instructions, “definitely had an impact” on the market swing that day, according to U.S. Treasury Secretary, Steve Mnuchin.

Across the industry, most others shared the same view.

“We are proactively calling up our clients and discussing that a 1,600-point intraday drop is due more to algorithms and high-frequency quant trading than macro events or humans running swiftly to the nearest fire exit,” is how one wealth manager, Jon Ulin, described his firm’s reaction. 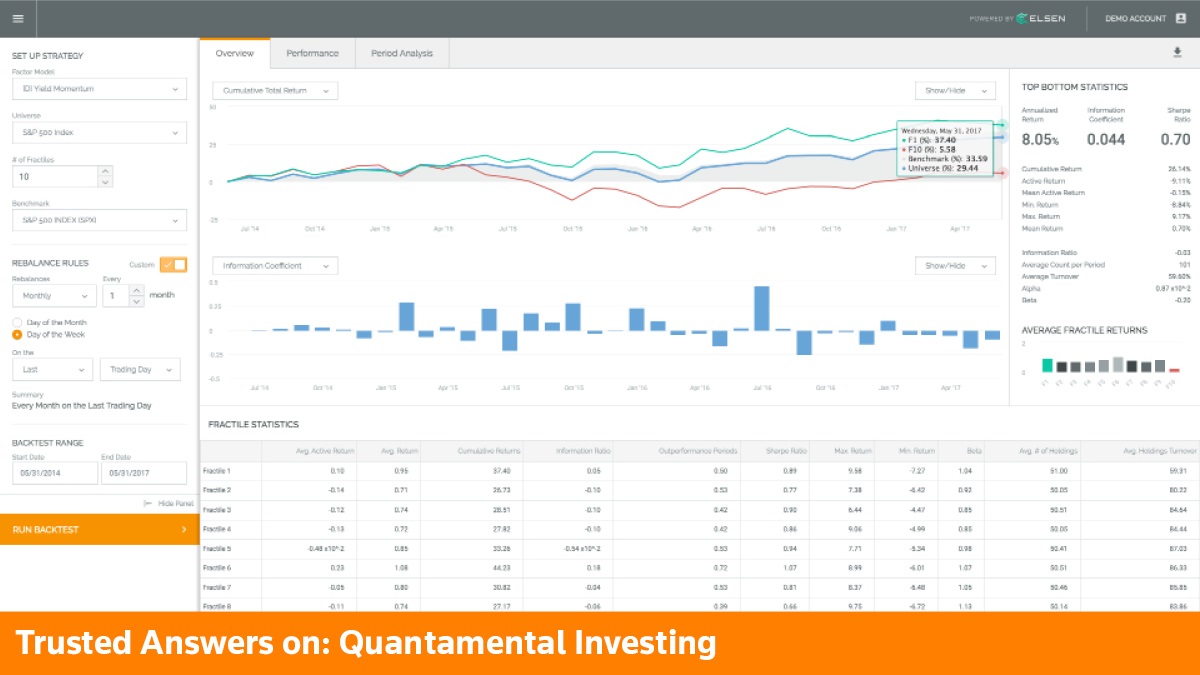 At its lowest point that day, the Dow lost 6.3 percent of its value, but fortunately, it took only about 20 minutes for the market to stabilize and bounce back.

This isn’t the first time we’ve seen this phenomenon, and it probably won’t be the last. The first flash crash occurred in May 2010 where the Dow lost 9.2 percent before recovering. 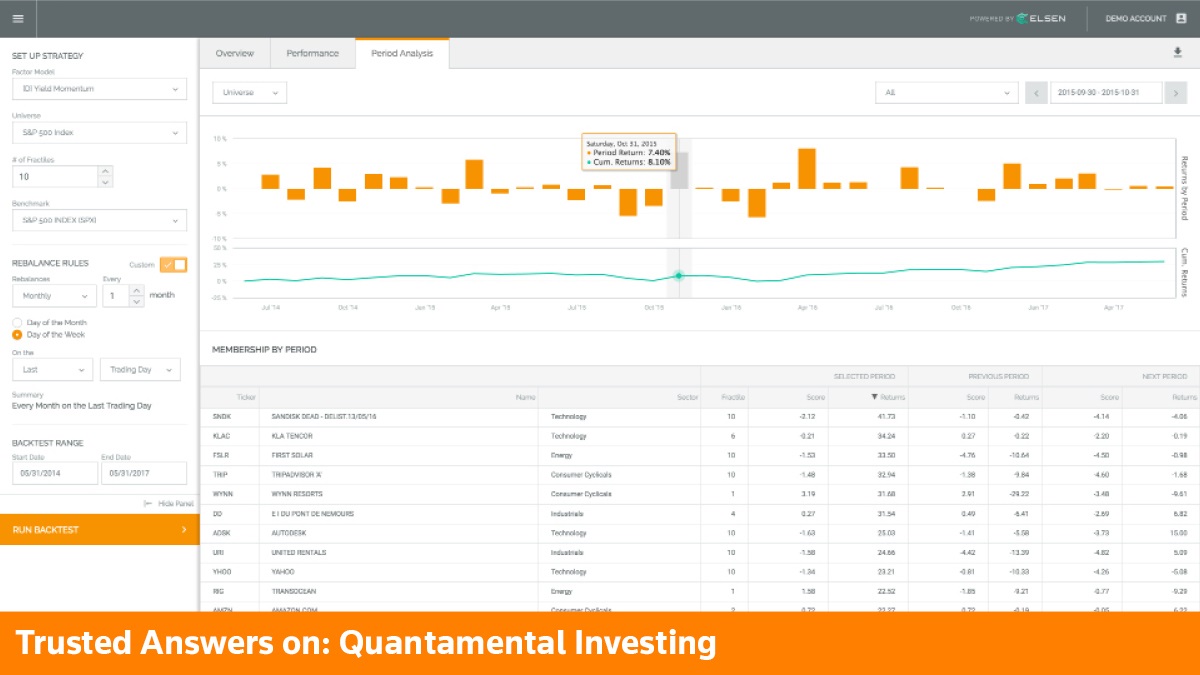 In both these instances, values climbed back up the cliff just as quickly as they had fallen off, but there’s no telling if that will be the case next time.

Algorithmic trading is still in its infancy and there’s no doubt it’s here to stay. In fact, passive and quantitative investing already accounts for a majority of stock trading volume – 60 percent, according to JPMorgan – and its footprint will only continue to expand.

The ‘black box’ model of automated trading, where few people really understand the decisions a computer is making and why it makes each trade, should raise concerns in a number of different areas that also matter in quant investing.

For example, any Internet-connected computer is vulnerable to security risks.

While the financial services industry has always put security at the forefront, it’s completely plausible to think that a hacker could break into an organization that uses algorithmic trading. 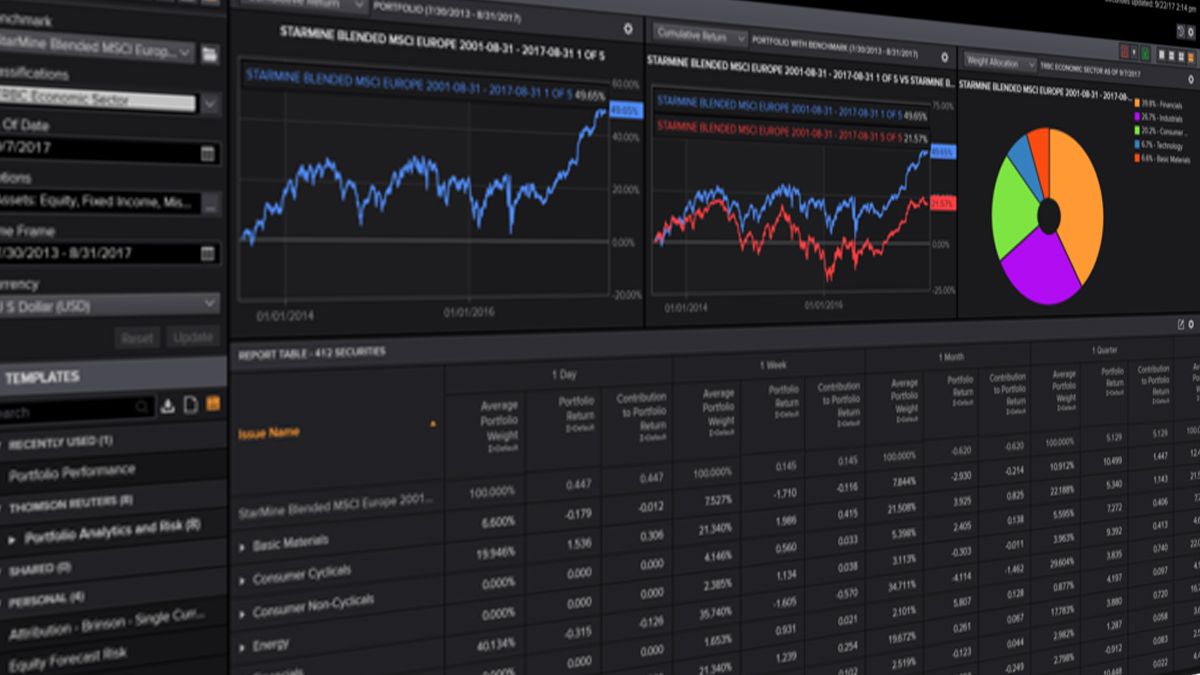 If a black box algorithm was tampered with, how long would it take someone to figure that out, and how many trades could be executed in the meantime?

Part of the benefit of automated trading is the speed with which computers can act. Some firms can make tens-of-thousands of trades per second.

In this reality, every second counts and the consequences of any tampering could quickly impact an organization or the market as a whole.

And what about the compliance and regulatory impacts? If clients or even regulatory bodies question why specific trades were made, it might not be too easy to provide an answer.

When quant funds first started to appear about a decade ago, the people running them had programming knowledge, years of successful investment experience and a deep understanding of the systems they created.

But as the number of quant funds expands and people with combined technical and investment expertise become harder to find, the black box is often managed by someone without deep quant investing roots.

The bottom line is that there are many reasons for human interaction to remain a core part of the investment universe.

In some cases it makes a lot of sense for computers to trade automatically where they can make quick decisions based on factual data. 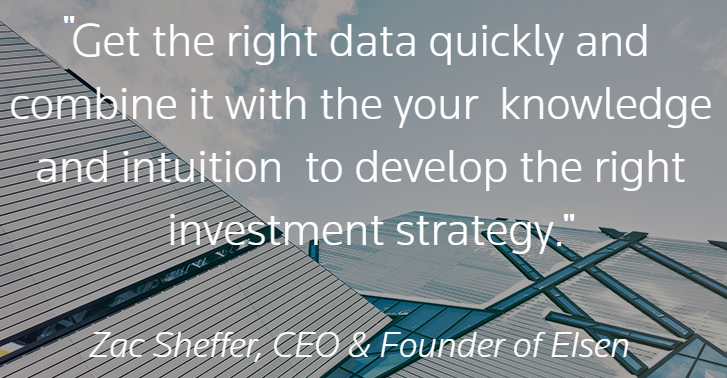 But computers don’t have the gut instinct or intuition that humans have – at least not yet.

Instead of blindly turning each trading decision over to the computers, there are many cases where it’s better to let computers help make the best decisions by putting data at the fingertips of experienced investment professionals.

Getting the right data quickly and combining it with the knowledge and intuition that only people have still offers very unique advantages to developing and executing the right investment strategies. And that’s exactly what QA Point Powered by Elsen does.