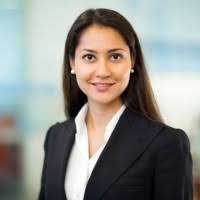 With U.S. presidential elections just a few weeks away, the Metals Research team at Refinitiv analyze how the gold price might react in the run up to the election day and the possible outcome.

U.S. presidential elections certainly play a big role not only in shaping the future of the world’s largest economy, at least for the next four years, but the global economy in general.

It will also be a major theme for global financial markets, and the metals markets for that matter, to watch out for in the coming weeks.

There is no doubt that we are likely to see increased volatility in stock markets in the run up to the election day and investors seeking traditional safe havens such as gold, particularly if the race between the two candidates gets very close and there is a growing risk of a contested outcome.

But the question is whether it really matters for the gold price which party makes it to the White House.

A close look at historical gold price movements in the aftermath of previous U.S. presidential elections suggests little evidence of a clear relationship between the gold price and the election outcome based on party affiliation.

As shown on the chart above, gold seems to have recorded better and worse years under the leadership of both parties, and even exhibited contrasting performance under the same administration during two successive terms.

While one cannot undermine the role of politics, it is the underlying macroeconomic conditions present at a specific time that seem to play a greater role in driving gold prices, particularly in the short-to-medium term.

And 2020 has been no exception in that sense; we have witnessed a spectacular rally in the gold price this year, driven by the economic downturn caused by the COVID-19 outbreak, massive stimulus packages introduced by governments, which are likely to translate into rising inflationary expectations, the low interest rate environment and escalating geopolitical tensions, all of which have seen the dollar gold price hit a fresh record over the summer months.

A toxic cocktail of uncertainty

While there is no clear evidence of a linear relationship between the gold price and the election outcome, one thing we are certain about is that the November elections will add a whole lot of uncertainty to these already troublesome times caused by the global pandemic.

Investors are growing increasingly concerned about the looming standoff between President Donald Trump and Democratic nominee Joe Biden, which could lead to an uncertain election outcome, with no clear winner on the day.

Moreover, the likely increase in mail-in ballots due to the coronavirus outbreak could lead to more confusion and delayed results, while President Trump’s comments that he might not accept a peaceful transfer of power in case he loses in November elections have certainly raised concerns.

The recent news of President Trump’s COVID-19 diagnosis has added fresh uncertainty to the final weeks of a presidential race and, if anything, could bring the race between the two candidates even closer due to the likely increase in public sympathy for the incumbent President.

At these unprecedented times of the health crisis and economic uncertainty, these elections are expected to add further stock market volatility and weigh on investors’ risk sentiment.

This will, undoubtedly, favor traditional safe havens such as gold, while putting a drag on more industrial metals.

What lies ahead for the gold market?

So, does it really matter who will end up in the White House? If the past is any indication, a second Trump administration would likely be at least as turbulent and polarizing as the first term, adding further volatility and uncertainty, although the potential for radical policies could be lower in the second term should Congress remain divided.

On the other hand, a Joe Biden win would represent a return to a more conventional administration, with an ambition to restore the United States’ previous multilateral stance on the foreign policy front, presumably resulting in less volatility associated with political risks and international tensions.

While the two candidates represent radically different views on the future of the world’s largest economy, from domestic policies to the United States’ role in the global arena and climate change, the near-to-medium term focus, despite the election outcome, will be on battling the COVID-19 crisis and stimulating the economic recovery.

Under either outcome, the current path of massive fiscal spending and ultra-low interest rates will likely to remain in place for the foreseeable future. Moreover, either result would support the dollar weakening trend and, if anything, under Biden’s administration the dollar is likely to be less exposed to volatility due to geopolitical risks.

At the same time, prospects of lower tariffs and more constructive trade agreements under a Biden victory could see the dollar depreciate even further.

Under both scenarios, the economy faces a long and bumpy recovery and, if anything, the post-COVID recovery may be weaker under a Biden administration due to the promised tax increases and a focus on a more sustainable growth.

So, in conclusion, whoever ends up in the White House, it is important to emphasize that the underlying macroeconomic conditions such as economic headwinds, the low interest rate environment, ongoing tensions between the United States and China, rising inflationary expectations and the looming second wave of COVID-19, remain highly favorable for gold in the medium-to-long term.

It is in the near term that we are likely to see increased volatility, choppy trading and fluctuations in the stock markets and the gold price.

That said, while we may see gold consolidating or being caught up in a broader sell-off in the short term, gold should be the one to benefit from growing risks revolving around U.S. presidential elections and we may well see the yellow metal hit a fresh record before the year-end.

How will the U.S. election affect the gold price?

While there is no clear evidence of a linear relationship between the gold price and the election outcome, one thing we are certain about is that the November elections will add a whole lot of uncertainty to these already troublesome times caused by the global pandemic.