After the attack on the Saudi oil processing facility on September 14th, the 2019 oil market opened up to the highest one day move since 1988 and the Gulf War.  The attacks on Saudi Arabia have increased in 2019 and not only are they causing a shock to the global oil supply, but we’re seeing global markets across asset classes being affected.

There has been a major shift in the world’s oil production and it’s been watched closely over the past ten years.  Since 2012, the rise in America’s fracking boom has led to production within the U.S. to more than double from 5mm b/d to 12mm b/d.

With this rise in productivity in unconventional drilling, we have seen U.S. producers embrace “big data” and increase volumes of oil by utilizing data streams to increase efficiency.  The technology used to advance drilling has expanded into moving oil through pipelines and the economics of exporting to foreign countries.

The U.S. relieved the oil industry of an oil export ban in 2015 and this gave way to the industry that now supports over 3mm b/d of crude oil to the rest of the world.  If we add in our exports of refined products, that number rises to 8mm b/d in 2019.

As we see, the U.S. take the lead as the world’s oil exporter, the most attractive options come to two main facts:

As we have seen in issues around piracy, any ship that is bound to the U.S. will be reckoned with by our Government.

The Future of Energy and Trade

After arduous debates around trade negotiations within North America, the European Union and China, there is little to argue that the most important part of the negotiations are fair trade and security around this trade.

We live in a world now that highlights the value of making sure goods moved between countries are of quality as well as safe deliverability.  This has been underlined as we deal with the issues with the Saudi oil facility as well as the looming dangers around the Strait of Hormuz.

The impact of losing commerce and its effect on the countries involved, as importer or exporter, becomes a focal point for an opportunity of failure.

What was once an isolated market, oil has been left to its own devices since the Great Recession of 2009.  The major players that felt the effect of the oil rise and fall in 2015 were limited to OPEC and U.S. unconventional oil producers.

After years of stabilization in the oil price from 2016 to 2019, we’ve seen oil prices settle into a range above $50 and below $70.  During this period the world has been able to move past oil shocks that were concerned with a lack of supply.

When we did see a supply shock, the economic markets reacted quickly and fell in line with fear of a global economy that is not ready to handle elevated oil prices.  The quick after effect in regard to oil supply returning to a sense of normalcy in a few short weeks, caused major markets to quickly recover.

The volatility may be something the marketplace has seen in the past, but there is a return to our oil supply reality that may keep financial markets on watch.  While current markets stay aware of interest rate moves and currency fluctuations, the oil market bulls it’s way back on to trading monitors.

Optimize your deep analysis and spot growth opportunities in the power, gas, coal, carbon, and oil markets with Eikon 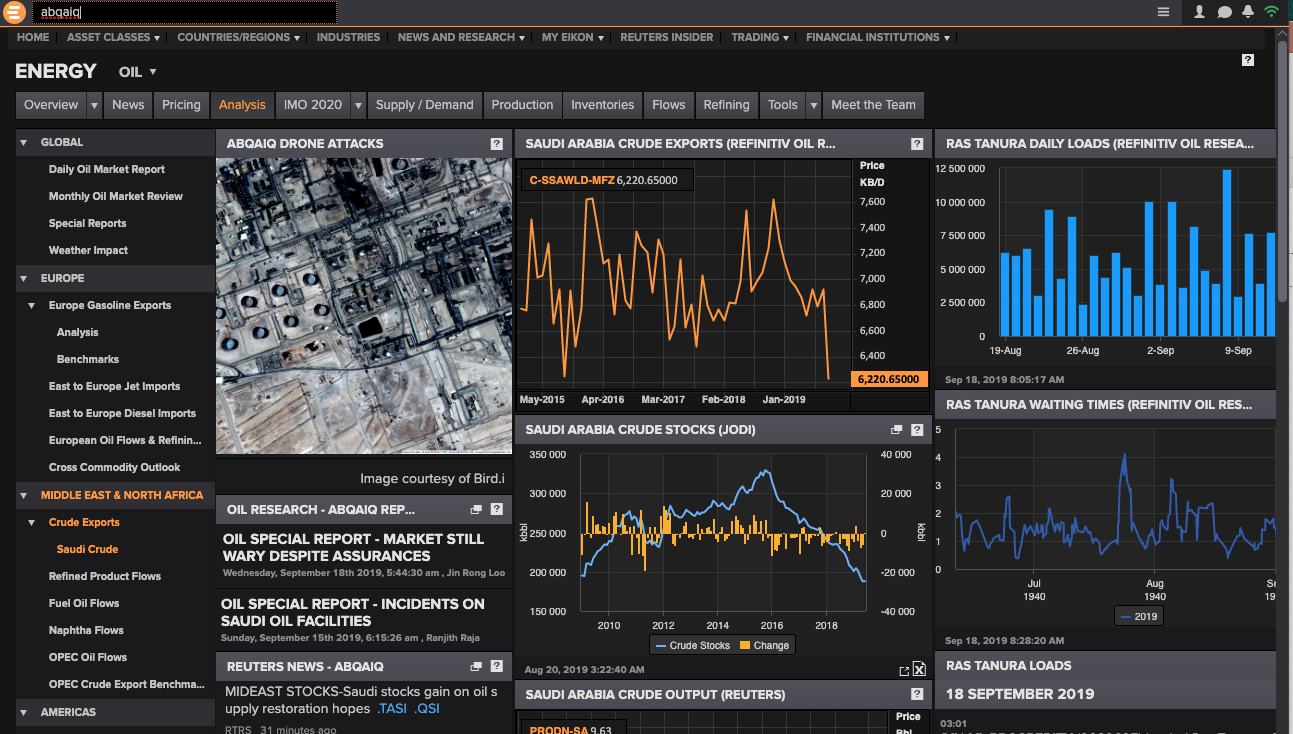 In a world that knows it can’t rest a day without being prepared for the unknown, many were fortunate enough to be kept aware of the events in Saudi Arabia.

As we saw in the drone attacks in the Strait of Hormuz a few weeks back, the Refinitiv Interactive Map has been helping users track ships in the area.  This relevant information helps give insight to tankers that are loading, not only in the area of Saudi Arabia, but their Strategic Reserves too.

Watching the bigger picture, Refinitiv has also been working behind the scenes helping our clients with risk solutions utilizing financial data.   From tracking ships to understanding the ownership behind the ship, the direct line of due diligence is a major part of this world’s new economic structure.

Being in the commodity industry for nearly fifteen years and in Fixed Income for another six, one thinks we would have seen it all.  There are no easy answers and there are only unknowns.

The unexpected has always ruled the oil markets.  From hurricanes to wars to drone attacks, it is beyond predictable to see where the next price shock will come from.

Using these examples, we have only highlighted the upside risk, but there was the evolution of “the internet of things” and “big data” that revolutionized the E&P oil and gas industry within a few short years.

The key to success in this industry, as well as the financial industry, is to be better informed.  These days, there is never enough data to process, only not enough ways to understand it before it matters.

We can see that the world expects a Black Swan, but is never looking for it. 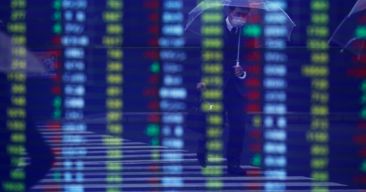 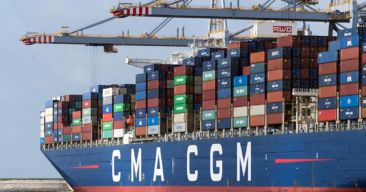 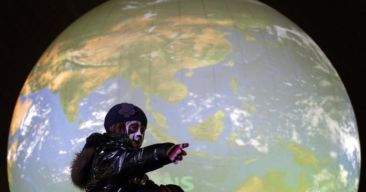 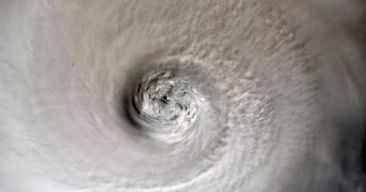 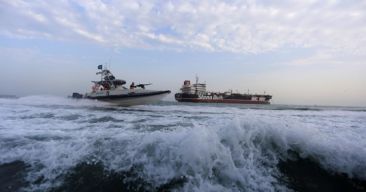 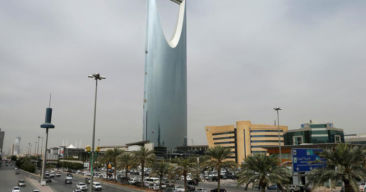