Brexit: The financial markets story that keeps on giving 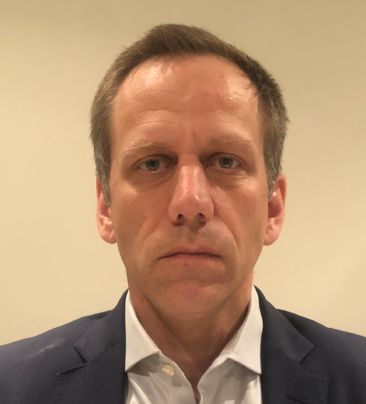 It was a vote that sent shockwaves through financial markets and politics. Approaching five years on, Brexit still has the power to move both assets and hearts.

As Britain sets sail in 2021 on its own, ending 48 years of economic partnership in Europe, Reuters and Refinitiv are, as ever, working together to keep readers ahead on the news and data that matters for an understanding of the consequences of the UK’s departure from the European Union.

In 2015, Reuters devised the BRXT code to aid news file navigation in the run up to the referendum.

On the night of June 23, 2016, as voting ended, sterling hit $1.50. In the next 7 hours, the pound would lose 17 cents against the dollar – its biggest one-day fall since the era of free-floating exchange rates was introduced in the early 1970s. It was around double the percentage decline of Sept. 16, 1992, when financier George Soros famously “broke the Bank of England”.

The leave vote meant the Brexit story was destined to run and run. Reuters has been working ever since to cover a story that is about politics and economics about companies and trade, about markets and finance and about society and people.

First and foremost, Reuters wanted to be sure it won the Brexit headlines that moved markets.

From the assassination of Abraham Lincoln in 1865 and the German invasion of the Soviet Union in 1941 to the rise and fall of the Berlin Wall (1961 and 1989), Reuters news alerts – or “snaps” in newsroom parlance – have heralded some of the world’s biggest news stories.

Short, all caps and red, a Reuters news alert can move markets or minds, and sometimes both. And so it was with Brexit.

With Refinitiv, Reuters planned for the referendum for months, war-gaming every scenario it could think of, including a full failure of our systems, a power cut, a massive surge in foreign currency trading, and, a leave vote.

A dedicated Brexit app on Eikon, still very popular, pulled together Refinitiv data and Reuters news to offer clients both a digestible snapshot and the tools to burrow deeply into the data elements of the story.

To access the Brexit app, search [BREXIT] in Eikon. To see Brexit news in a news pane, type BRXT. Don’t have Eikon? Register for a free trial.

While the final referendum count was to be binary – to leave or remain in the European Union — the first signals would come from regional results, landing willy-nilly, from 382 local counting areas across the United Kingdom from 2300 GMT.

Safe to say that Sunderland, a port city in north eastern England, had not previously figured large in global market news. But its verdict shortly after midnight on Brexit night showing it had voted massively in favor of leaving the European Union was enough to send sterling down 6 cents in minutes.

Reuters was faster than the competition on the news from Sunderland and faster on much of the Brexit news that mattered for markets. Major headline timings wins against the competition included 12 of the 15 biggest market moving alerts on the referendum results.

A vote to remain would have killed the Brexit story stone dead. The leave vote turned a sprint into a marathon. Sterling would dance to the beat of Brexit news for years to come: Reuters has now produced more than 85,000 individual alerts to the BRXT code. In the past year, Reuters has won about 70 pct of Brexit-related headlines against the best of the competition.

Having voted to leave Europe, the British then had to negotiate with the EU on when and how to leave.

Brexit dominated European affairs and tipped British politics into crisis, claiming the scalps of prime ministers David Cameron and Theresa May. Reuters delivered timings wins, exclusives and special reports on everything from the deals done in Brussels to the parliamentary votes in Westminster and the future of the City of London.

Brexit was also the story of a country and its people, a story that demanded the fair, accurate and balanced reporting that is enshrined in the Reuters Trust Principles.

So, after the five year Brexit crisis, where is the United Kingdom heading and what will the EU do without 15% of its GDP?

A last-minute trade deal struck on Christmas Eve 2020 provided comfort for those worried about a no-deal Brexit levying tariffs and quotas on trade in goods.

There remain, though, many unanswered questions that will have consequences for markets: How much business will London, the world’s dominant center for foreign currency trading and international banking, lose in the wake of Brexit?

A memorandum of understanding between the UK and the EU, due in March, may bring some long-awaited clarity for financial services.

Will London’s financial sector, as some Brexiteers hope, end up more dominant and more global by diverging from the EU – becoming the Singapore on Thames some EU leaders fear? Might London turn down EU terms for securing EU access for financial services– known as equivalence — and go hell for leather by unleashing the City to compete with rising Asian financial centers and New York?

The first day of trading under the new regime was a straight-forward victory for Brussels as all of London’s EU equities trade disappeared across the Channel, mostly to Paris and Amsterdam.

Lightly regulated currency trade is likely to remain anchored in London. The future of tightly regulated bonds and derivatives trade and capital markets is less certain. Bankers advising EU companies on deals and loans can no longer directly offer this service from Britain, though many firms are exploring workarounds to this rule.

More broadly, how will the British economy fare on its own? As Leavers would have it, free from the shackles of Brussels, to surge via new trade deals struck all around the world? Or as Remainers fear, isolated and weaker in a world dominated by three dominant trading blocs – the EU, the U.S. and China?

The 2016 Brexit referendum showed a United Kingdom divided about much more than the European Union, and stocked soul-searching about everything from secession and immigration to capitalism, empire and modern Britishness.

Such musings left allies puzzled by a country that was for decades touted as a confident pillar of Western economic and political stability. It also demanded the full power of Reuters’ multimedia news teams, especially in London and Brussels, and across the rest of Europe and the world.

The fundamental problem for Prime Minister Boris Johnson, who along with Nigel Farage was one of the main leaders of the 2016 Brexit campaign, is that Brexit aligned a range of contradictory interests behind a simple promise to leave the EU.

Aligned with free-marketeers who dreamt of a free-wheeling Singapore-style Britain were those who wanted to stop immigration and left-wingers who wanted to battle the corporations of the world. Others who simply wanted to stick two fingers up to the British elite.

Satisfying all those Brexiteers will be difficult, especially after spending more than half a trillion dollars (and counting) on the COVID-19 crisis.

Ultimately, Brexit is based on the view that the European project is doomed and that the United Kingdom can be nimbler than Germany, France and its partners as global power shifts towards China.

Unless post-Brexit UK and the EU27 can both find a way to stoke economic growth, Brexit may be seen in future centuries as a confirmation of Europe’s decline in China’s century.

To access the Brexit app, search [BREXIT] in Eikon. To see Brexit news in a news pane, type BRXT. Don’t have Eikon? Register for a free trial.