What has been Brexit’s impact on UK capital markets? I was recently joined by Peter Thal Larsen, EMEA Editor, Reuters Breakingviews, and my Deals Intelligence colleague, Gonzalo Ponce Pestana, to discuss the latest #DealTrends.

An expectation of clarity down the road has resulted in delayed decision-making across British boardrooms since the vote to leave in October 2016.

But as the advertised deadline of 29 March is kicked down the road to 31 October this year, there is a growing feeling that such clarity may end up being a mirage.

In the short- and medium-term, planning processes around Brexit haven’t got easier. Companies stockpiling for a no-deal departure in March must now roll that forward to Hallowe’en, but that may not be the final deadline either.

This puts business leaders in limbo and, according to Peter, as a result, people are just getting on with things. “Companies are just having to make decisions — you can’t sit around and wait for something definitive, because whatever happens, the outcome may not be definitive.”

In a capital markets context, the UK’s share of a shrinking global investment banking fee pool is at 4.4 percent, the lowest since records began.

There may be a small window of opportunity to get deals done, but more traditional obstacles remain. Peter feels that the political environment in the UK is “slightly less receptive towards foreign takeovers”. 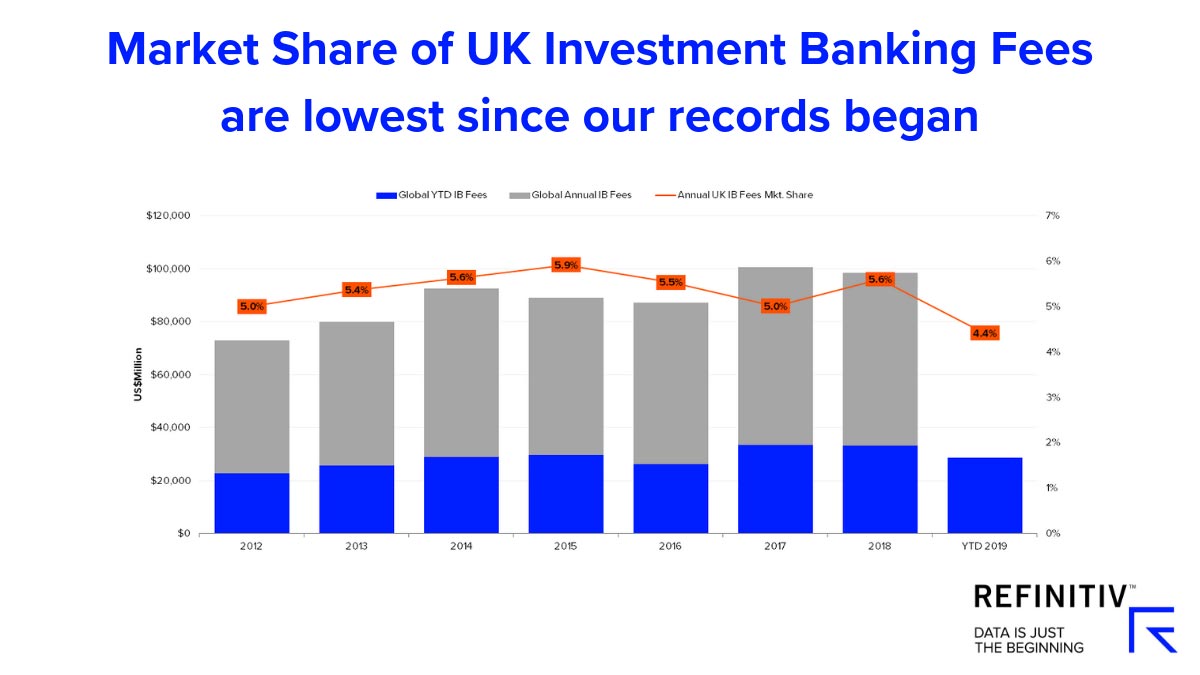 Wider global themes of deglobalization and increased antitrust enforcement are also feeding into the UK, with the regulator recently halting a proposed merger of Sainsbury’s and Walmart-owned Asda.

Generally, equity market conditions are supportive of activity, with a healthy rebound in stock market valuations from a partial sell off towards the end of 2018. ECM has provided a relatively stable fee pool, but stock market buoyancy has not fed through into London-based IPOs.

M&A targeting UK business has also been hit hard so far this year, with a 41 percent slump versus last year, representing a mere three percent of global activity, the lowest market share since the 1990s.

While it’s unlikely that CEOs who were waiting for 31 March are not going to now wait until 31 October, there is a growing understanding that eventually, the show must go on.

Indeed for some, the show never stopped. Private equity funds have been raising vast sums for corporate acquisitions and with the prospect of interest rates staying lower for longer, this has a long way to run.

Meanwhile, their deal pipeline is likely to be fed by corporates needing to demonstrate performance, deliver value for shareholders, return capital and keep activists at bay.

One bright spot is ECM raisings. Despite global proceeds down 30 percent year-on-year, the UK is up 16 percent with a seven percent market share, driven by follow-ons rather than IPOs.

But fees paid by UK-domiciled companies across all other asset classes — DCM, M&A and loans – are moving sharply downwards, with year-to-date double digit decreases in asset-backed, high yield and investment-grade proceeds the lowest since 2008. 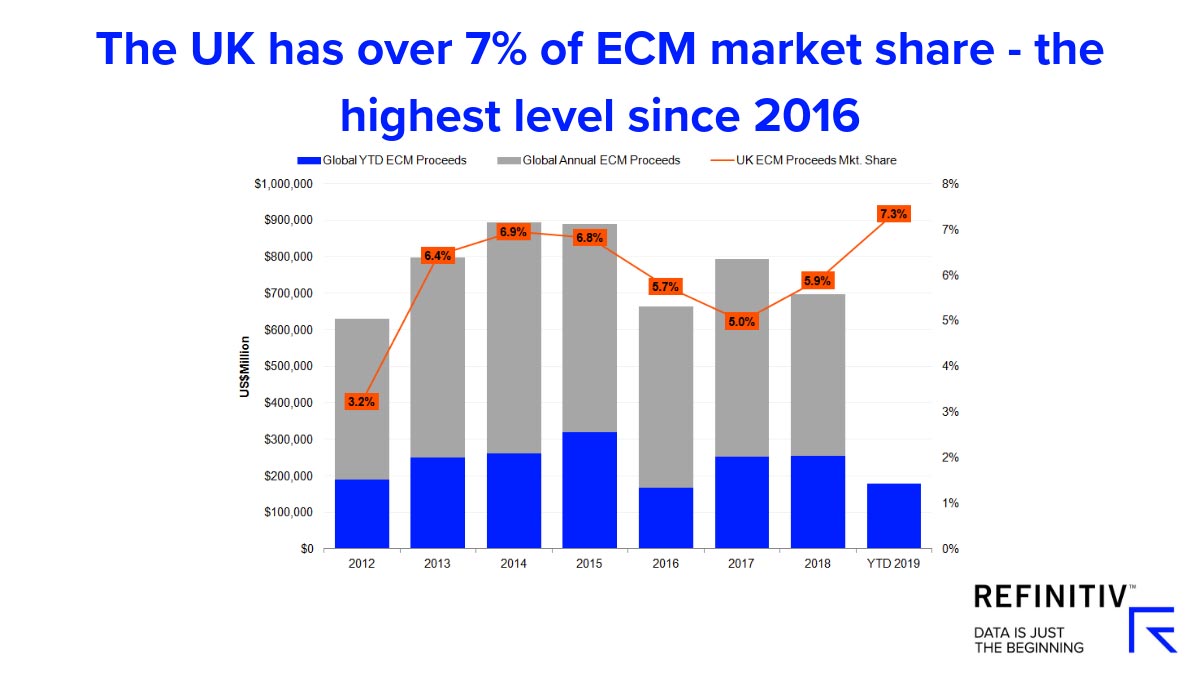 That means it’s harder to have that chat with people who know you well, at short notice. “Equity markets have become a way for people to realize their investments rather than acting as a source of funding,” he said.

Banks have been moving staff out of London to EU locations, but in small numbers. Some big banks have restructured to move entire balance sheets to Dublin and Frankfurt, but Peter observes that “this doesn’t really change the attractiveness of the business lines.”

In fact, the UK banking sector has maintained its global market share, and even gained ground in Africa and Asia, and the figures don’t yet include some pending M&A in the Middle East. Meanwhile, Brexit doesn’t really affect the advisory business. 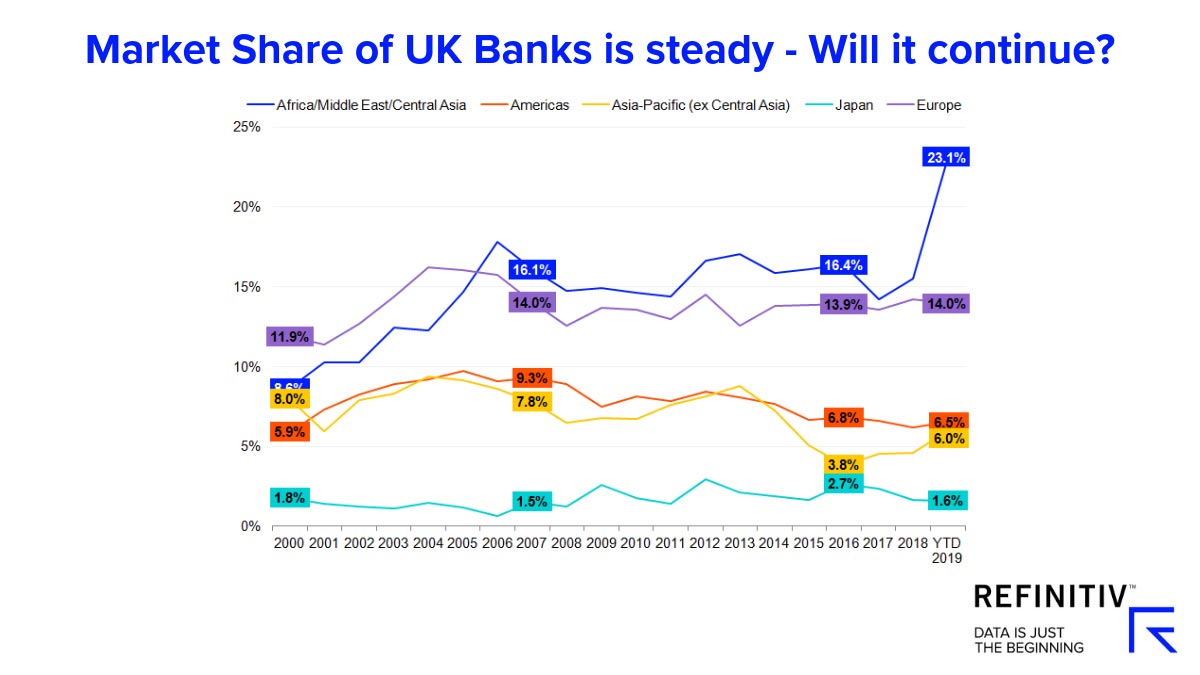 Certainly, in contrast to the troubles experienced at other European banks, UK-based players seem to be faring well. But both UK and European banks are under major pressure from U.S. competition on one hand, and boutiques on the other.

Our data shows that boutiques hold a third of the global M&A investment banking fee pool but in Europe and the UK, the figure is almost half.

It’s a squeeze that is well illustrated by recent discussion between Deutsche Bank and Commerzbank, a huge German deal, where almost all the advisory banks were American!

As Peter put it: “That in a nutshell is the state of European banking.” 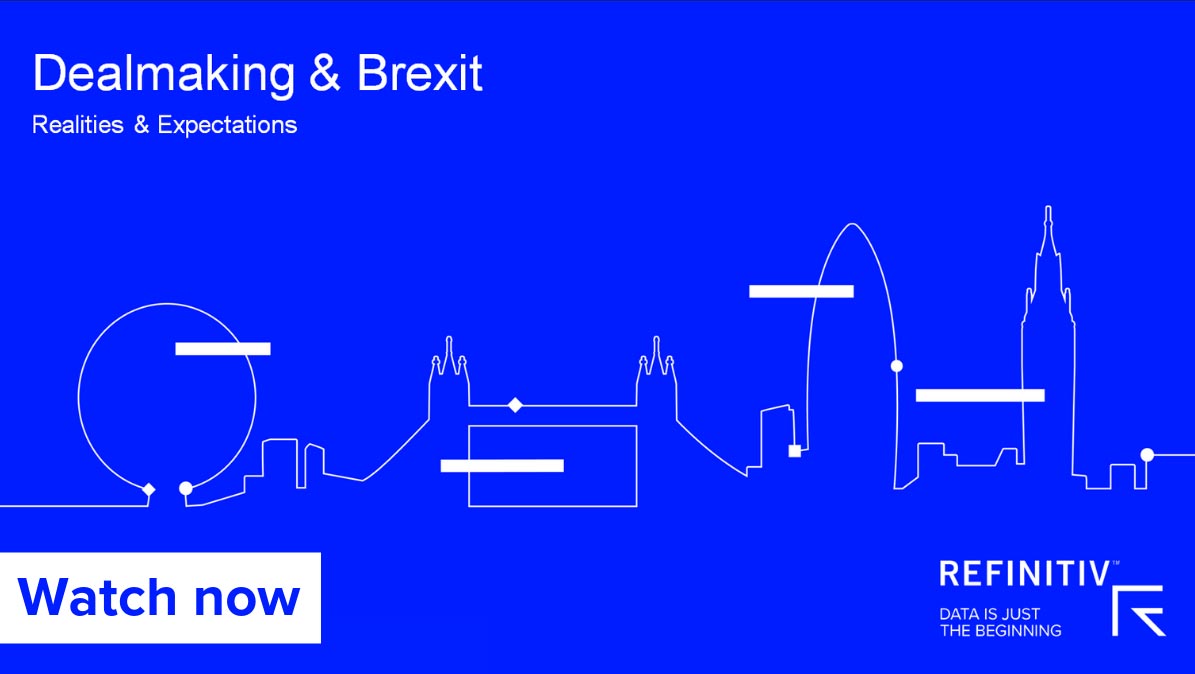 How can you prepare for all possible Brexit outcomes? Get 24 hour Brexit analysis at your fingertips with Eikon. 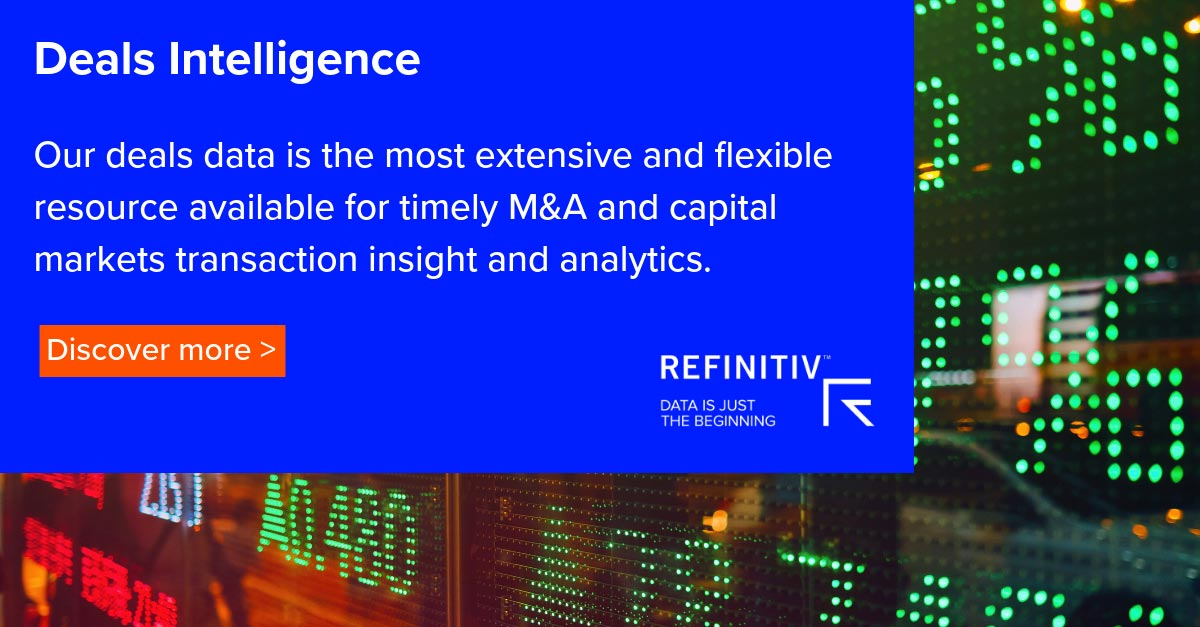 Discover how our league tables and reports can help you analyse market trends and assess the changing competitive landscape.

Eikon meets M&A, DCM, and ECM workflow needs on both your desktop and when you’re on the move with our mobile solutions