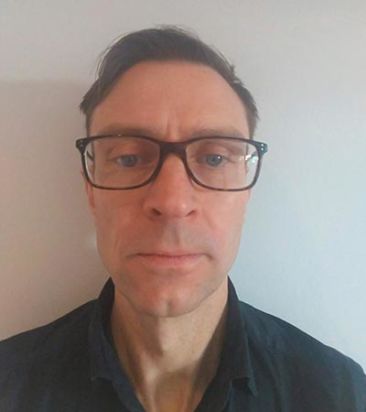 Anders Nordeng explores the factors behind the exponential growth in carbon costs, including climate targets communicated at COP26.

We had some trouble with the text of our annual review of carbon markets this time around – not for the reasons one might think, like the trends were hard to interpret or the data was inconclusive.

Quite the opposite: the price of carbon shot up so dramatically in 2021 (primarily in Europe, the world’s biggest emission trading system by traded value, but also in all other carbon markets) that we ran out of superlatives and ways to express the relative magnitude of this growth.

EU emission allowances ended the year above €80/t – more than double their price at the end of 2020.

In both the North American markets (the WCI and RGGI), permit prices rose 70 percent over the year. 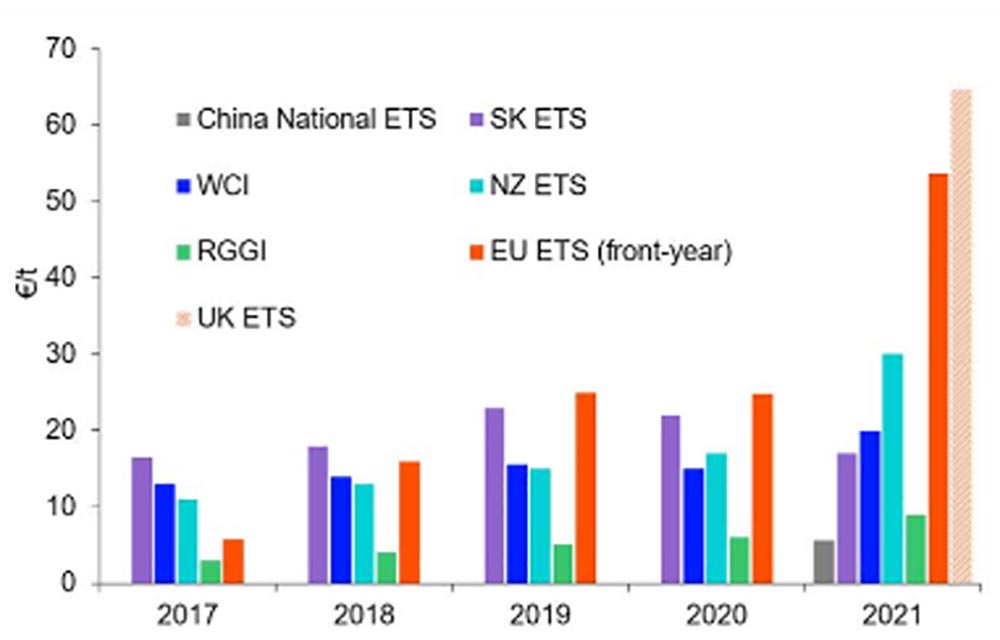 Those surging prices, combined with a modest rise in volume, led to a record high turnover of €760 billion. That represents a 164 percent increase from the €289 billion realised in 2020.

It didn’t help that this is the fifth straight year of growth.

Given that last year’s year-in-review already wowed readers with lines like “it’s the fourth consecutive year that global carbon trading has hit a new record – this year’s total market value is more than five times the value in 2017,” how could we get across that the total value in 2021 was over 2.5 times even that level? 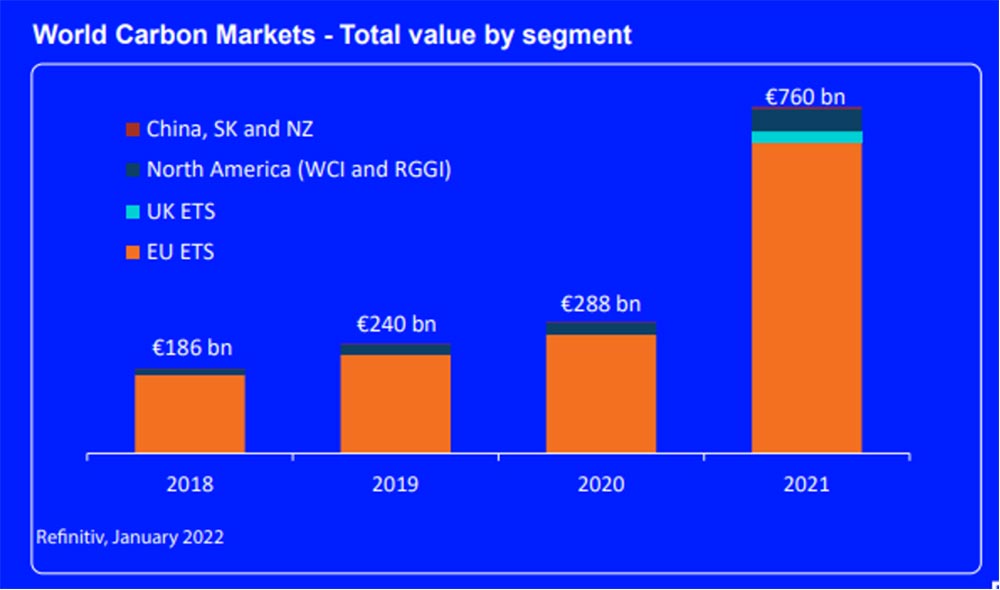 As Figure 2 shows, we’re talking about a nearly exponential rise in global carbon market value – a trend that our factually accurate subtitle about policy expectations and higher coal use can’t exactly capture:

Key driver in most markets: (renewed) confidence in climate targets

Though putting this amount of growth in context is tough, explaining why it happened is not: in all emission trading systems (ETS), expectations of tighter caps increased demand for permits going forward, which raised their price.

The idea that caps will get tighter came in part from the many pledges governments made in the run-up to the annual global climate summit that took place in Glasgow in November 2021 (COP26).

China’s national ETS began seeing transactions in July. Europe, South Korea, New Zealand and other regions that have already been using carbon pricing to achieve their climate change mitigation targets came to the conference with loftier goals, meaning the ETS they have in place are bound to get “stricter” to achieve those more ambitious targets.

For the EU ETS, this took the form of the European Commission’s ‘Fit for 55’ proposal, which seeks to align the bloc’s climate policies with its new target of cutting greenhouse gas emissions by at least 55 percent below 1990 levels, instead of the only 40 percent the EU was originally geared toward achieving.

How exactly the ETS will be tightened to help reach the more ambitious target is still being worked out, but the fact that carbon market participants clearly foresee a major increase in the demand-supply ratio for emission allowances is reflected in the allowance price surge we saw over 2021.

The other major contributor to Europe’s high carbon prices (which, again, account for the lion’s share of the extreme growth in total global carbon market value) is the extraordinary situation of Europe’s energy complex in 2021.

Soaring natural gas prices led to more power generation from coal (despite major coal burning European countries like Germany being in the middle of a coal phaseout), which spurred demand for allowances and in turn made them more expensive.

These fundamentals alone accounted for a chunk of the permit price increase.

More carbon trading on the horizon?

The COP also featured progress on what had been a major sticking point in the negotiations: parties finally settled on rules for how to cooperate on reducing emissions, i.e. crediting greenhouse gas emissions cut outside their own territory under the Article 6 of the Paris Agreement.

This in turn raises the potential for international carbon trading between countries (including their ETS), as well as among business entities in the voluntary market.

Air travel will also be affected, as the International Civil Aviation Organization requires air carriers to offset greenhouse gas emissions growth above 2020 levels – those offsets must be certified under the newly agreed rules.

But beyond all the global agreement, we are not on course towards a global carbon price.

Each ETS is separate, with different rules on key elements from allocation of allowances to use of offset units.

They address different segments of the economy, with, for instance, North America’s Western Climate Initiative covering emissions from electricity generation, industrial production, and transport whereas its east coast counterpart and the newly active national ETS in China cover only those from power plants – per-tonne allowances prices are less comparable under these diverse conditions.

In China’s case, even the “cap” of the cap-and-trade programme is different: the benchmark is a level of emission intensity (emissions per unit of production) rather than a limit in absolute terms.

Despite the differences, more countries around the world appear to be considering carbon pricing, if not setting up carbon markets.

In part this is due to Europe’s planned carbon border adjustment mechanism (CBAM), a levy on the carbon emissions associated with goods made in other countries that essentially extends the EU ETS carbon price to imported goods.

The aim is to level the playing field for European manufacturers, who are otherwise at a competitive disadvantage on price due to having paid for the emissions caused by making their products.

Goods made in countries with comparable climate policies (such a an ETS) will face lower or no fees.

We thus expect to see more countries and regions looking at the potential for ETS to reach their climate change mitigation goals.