The coal market outlook in 2019 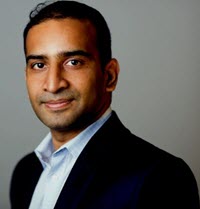 Coal imports to China and India more than offset weaker demand in Europe in 2018, despite the uncertainty caused by Beijing’s environmental policies. Using global tradeflows data from PointConnect, the latest piece in our commodities outlook series examines coal market prospects in 2019.

Coal prices started their recovery from the financial crisis by late 2009, and reached over US$120/tonne in Q1 2011 across both the Atlantic and Pacific basins.

However, the slowing global economy combined with oversupply in domestic Chinese and international markets resulted in coal prices ending 2015 at below $50/tonne across both basins. 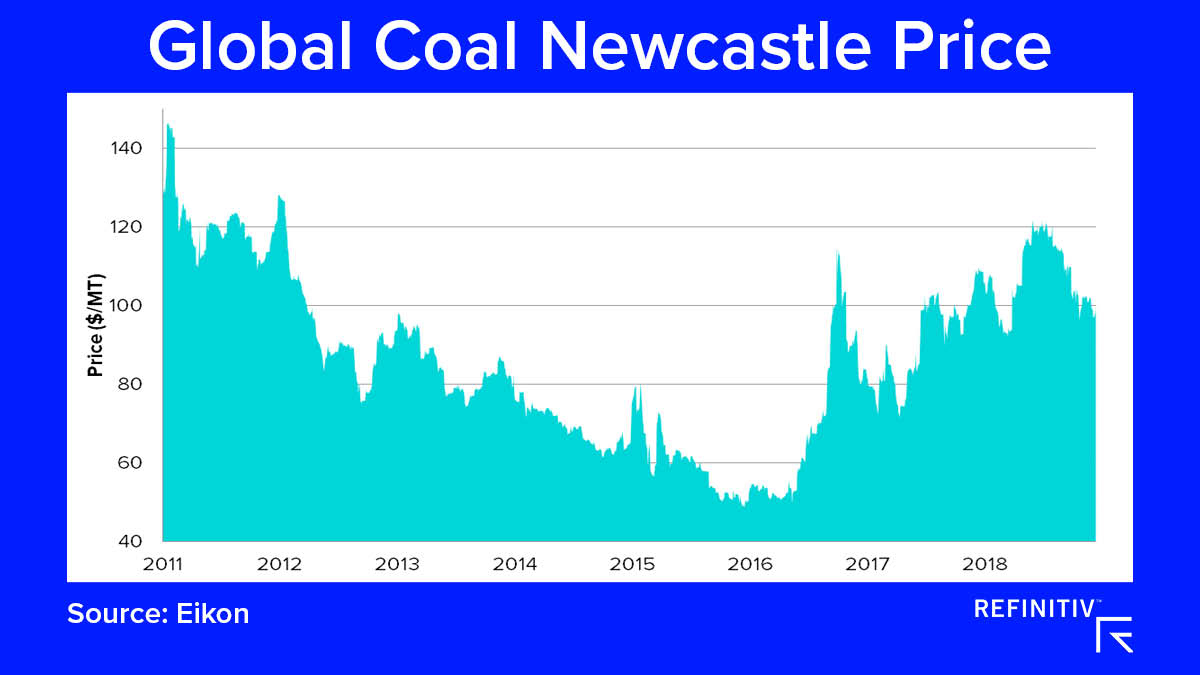 Starting in 2016, the Chinese National Development & Reform Commission’s policies to address environmental issues and overcapacity in the coal industry resulted in the shutting down of outdated and inefficient coal mining capacity, and restricted the operating days of mines.

By 2016, mines were restricted to operate at only 276 days per year. In addition to 250 million tonnes of inefficient mine capacity cuts, this resulted in coal production decreasing by over 10 percent for 2016, to 3.36 billion tonnes. 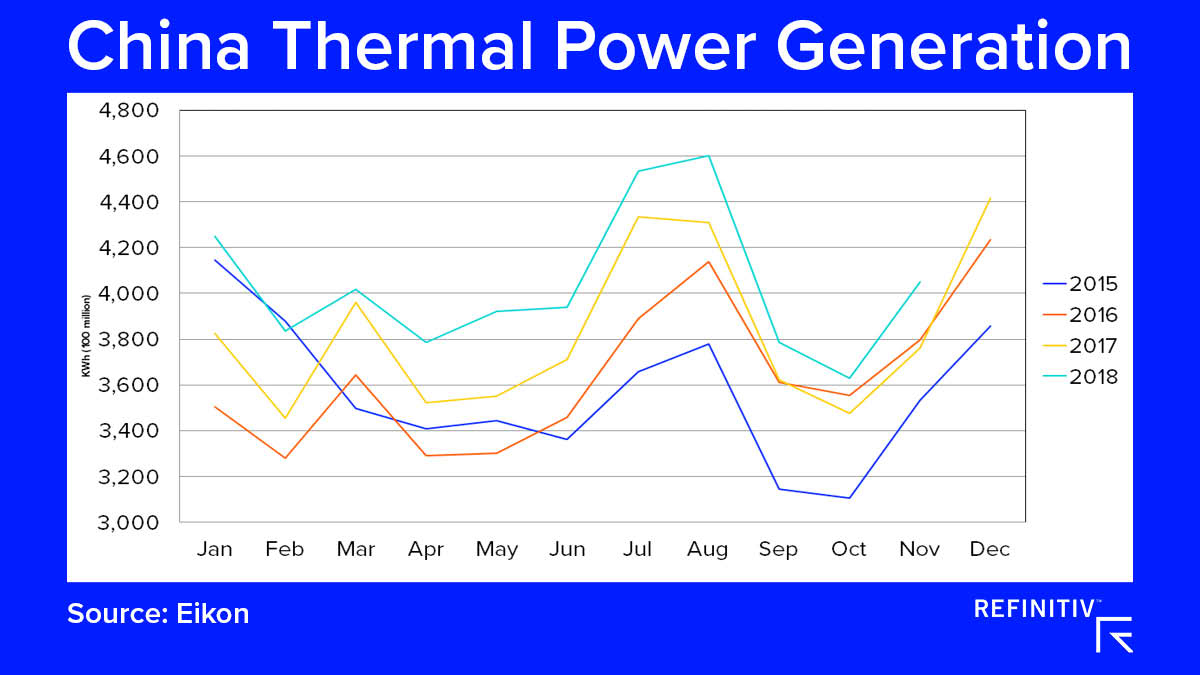 Domestic production in India has played a major role in determining seaborne import demand. Although production fell below target by over 50 million tonnes, it still managed to grow 9.8 percent year-on-year for the April-November 2018 period.

Indonesia remained the biggest importer of coal into India, followed by South Africa and Australia.

Thermal power output has been increasing consistently, due to factors such as cooling demand and hydro power being unable to respond to the increased demand. 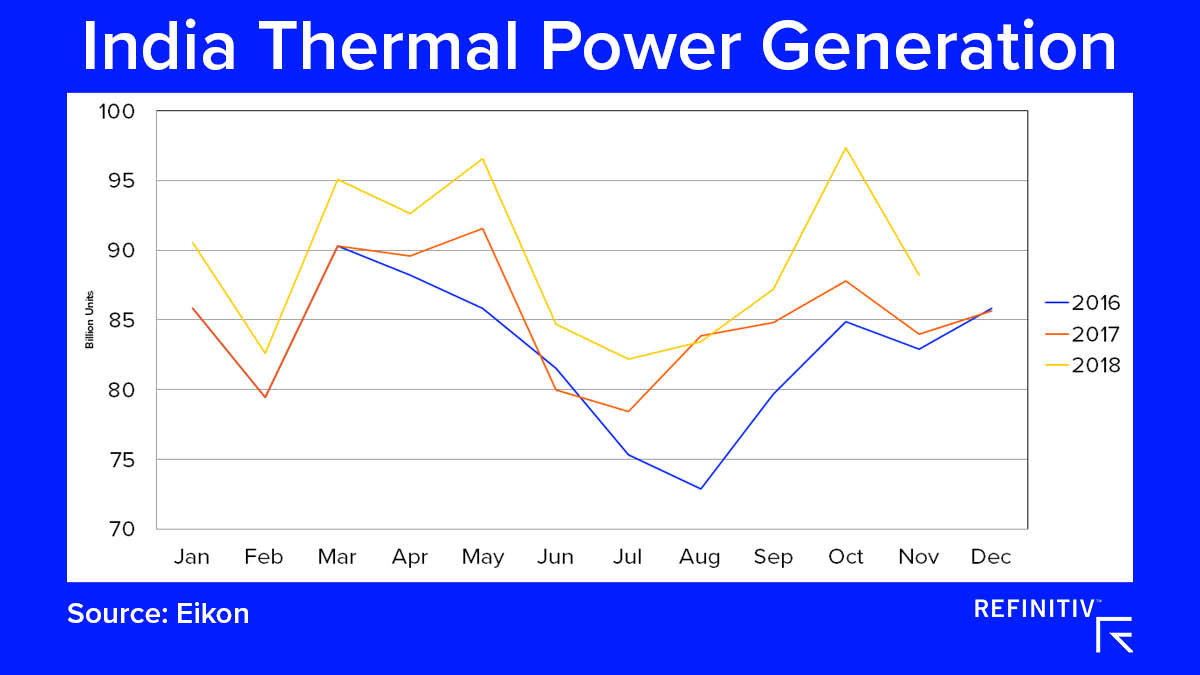 Meanwhile in South East Asia and East Asia, the combined imports into Vietnam, the Philippines, Thailand and Malaysia increased 2.7 percent year-on-year for 2017, and continued to increase through 2018.

The trend of decreasing demand in Europe is continuing, with imports falling by more than seven percent year-on-year for 2017 and likely to have done so again in 2018.

In spite of the decreasing coal demand, Germany is well behind its aim to cut emissions by 40 percent compared to levels seen in 1990.

As a result, the German government has tasked the country’s coal exit commission to come up with a plan for coal phase out, with its guidance due by 1 February 2019.

The coal market outlook in 2019

The market is expected to be well supplied in 2019, with no significant changes in production across major export countries with the exception of Indonesia, where producers are obligated to provide around 25 percent of their production to the domestic market.

The global coal market will be driven mainly by demand in Asia.

Coal prices will be heavily influenced by the Chinese government attempting to balance environmental policies and also continuing to support the domestic coal industry through import restrictions.

As more efficient coal capacity comes online, either through the extension of existing transportation networks or new additions, imported coal will come under pressure. 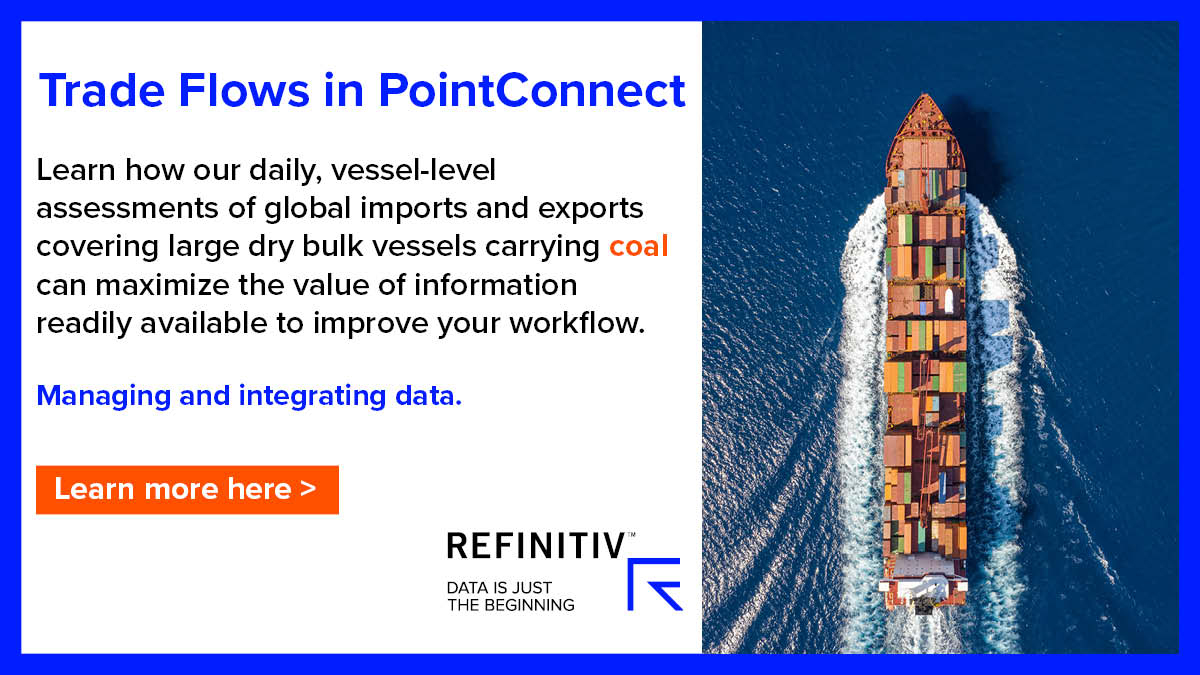 In South Korea, the impact of changes in consumption tax to favor gas-fired power generation and several nuclear plants coming back from maintenance is expected to impact coal-fired generation.

Also the restart of nuclear reactors in Japan after Fukushima — with around 25 percent of installed capacity now back online — should have a similar impact on coal demand.

In spite of the uncertainty in Chinese demand for international coal, the seaborne trade in 2019 is expected to be at similar levels as 2018 — supported by the growth in thermal demand in India and South East Asia as additional coal-fired capacity continues to come online.

This piece is part of Refinitiv’s 2019 commodities outlook series.

Will higher emissions prices last in 2019 and further squeeze coal out of the energy mix in Europe? Read the previous blog in this series featuring our insights into carbon trading and our forecasts for European carbon prices in 2019.

You may also download the latest special report from the Refinitiv Carbon Research team covering a global review of carbon markets in 2018 as we reveal the main trends in global emission trading systems and areas where such systems are emerging.

Interested in what’s next in the 2019 commodities outlook series? Join us for the global digital launch of the 2019 LNG Market Outlook.