Global capital markets have a date with reality

Following the turbulent global financial markets that have reverberated throughout 2018, the IFR Capital Markets roundtables in London – moderated by Keith Mullin of KM Capital Markets — brought together a heavyweight line up of deal makers to discuss the current state of play, and what the future holds.

Guest speakers at the IFR Capital Markets roundtables all had a clear message: The market is back.

A decade on from the financial crisis, a generation of young deal makers has known nothing other than a market not hooked on the steroids of extreme monetary policy and central bank interventionism.

More recently, the period 2016-2017 was typified by an almost eerie lack of volatility and unprecedented coordinated global growth.

We’ve seen the Fed grow hawkish, central banks begin to diverge in their deployment of extreme monetary weapons and investors increasingly have the temerity to request a reasonable rate of return.

With this, we have seen the return of volatility, idiosyncratic risk, and the gradual death of the so-called ‘new normal’.

Equity markets have to this point managed this transition to normality remarkably well, particularly given a constant buffeting of world events during Q1 and early Q2; from technology scandals, trade war rhetoric, cold war rhetoric, super power hostilities, sanctions… the list goes on.

Amid all of this disruption, investors have their eyes wide open and are still long on equities.

Expectations are high for strong corporate activity and demand for alternative financing vehicles over the course of the year. Meanwhile, IPOs are expected to be flat, and secondary market activity volatile and falling. 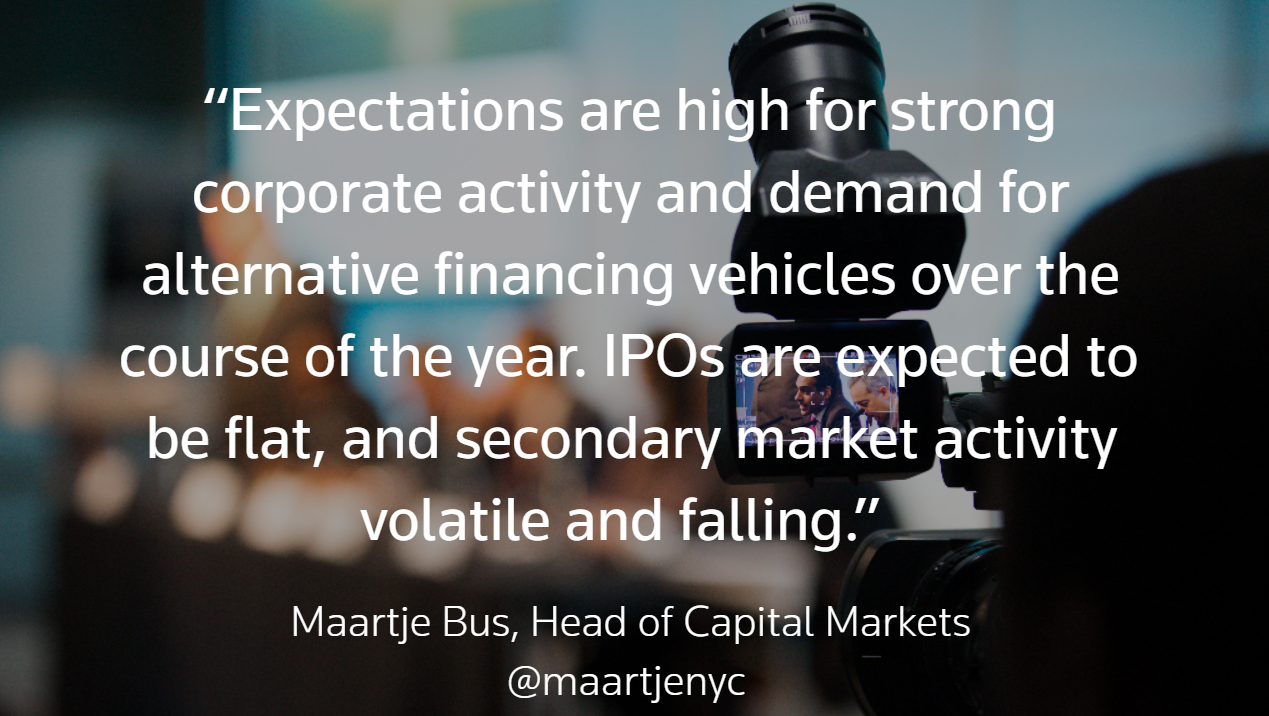 For the equity capital markets (ECM) community, this brave ‘new-ish’ world is an opportunity to reassess their own IPO process, which in Europe, at least, has become elongated and cumbersome.

However, if there is one thing that is vexing, it is nothing to do with the repeal of financial crisis-related measures, but rather the rise of passively managed funds, which pose a real threat to the way equity capital markets are made. On this, there are few easy solutions.

On the back of a record 2017, debt capital markets (DCM) are remarkably sanguine, too. Despite all the uncertainty and pricing dislocations emerging during Q1, this year is still set to be the second-best year in recent history.

Particular bright spots include emerging market debt, which has held up exceptionally well; financial institution debt capital issuance, which is expected to support the market in the absence of meaningful corporate issuance during 2018 (following sweeping U.S. tax reform); and the fact that inflationary fears seem to be receding.

The unwinding of QE remains a major ‘known unknown’, but neither equity or debt capital has so far suffered any major upsets. Failures will come as investors become ever more discerning, and this will also assist the return to a healthier market environment. 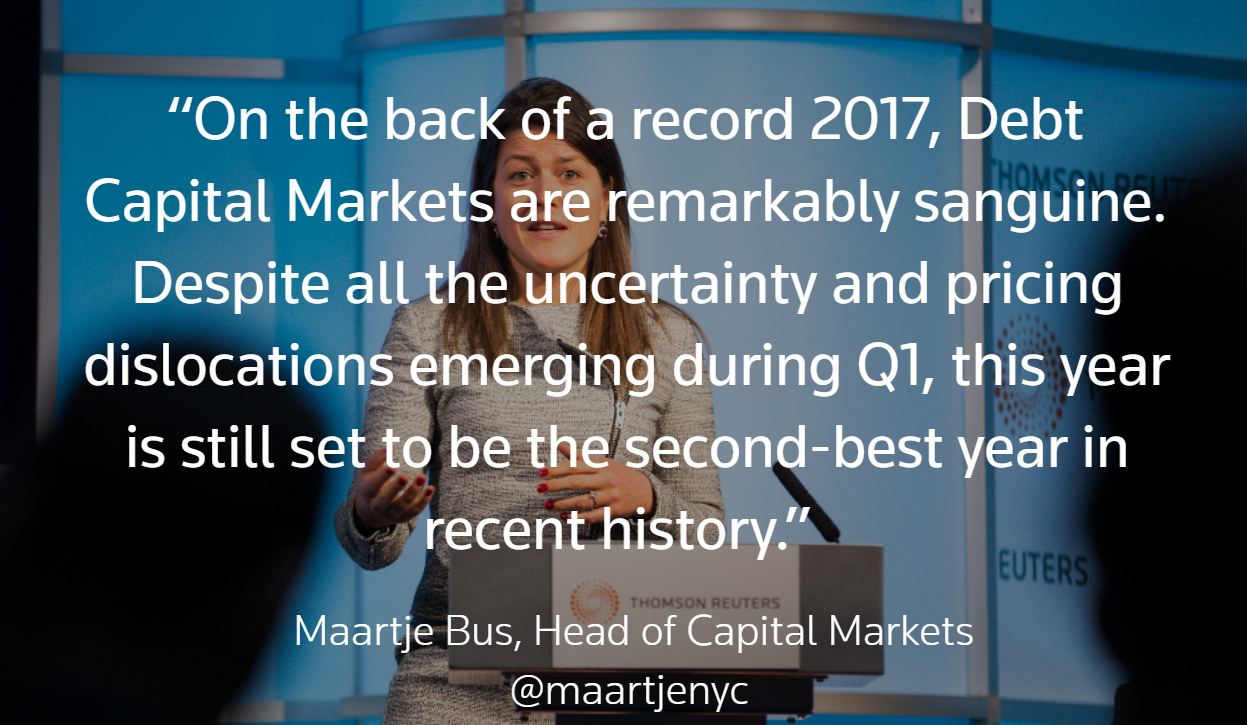 Neither equity or debt capital deal makers seem overly concerned about MiFID II’s debut this summer — a luxury of the front-office perhaps. On the other hand, there could be consequences for the secondary market that may have an effect on the primary process, and these will be keenly monitored.

We hope you can join us next time.

How Eikon can help you

Eikon meets your DCM and ECM workflow needs, bringing together the markets and deal maker focused content and analytics you require.

Whether you are monitoring the market, seeking origination opportunities, making resource allocation decisions, or deep in financial modeling and presentation creation, Eikon is the single desktop you need. Find out more.