How will the Ukraine conflict impact MEA food imports? 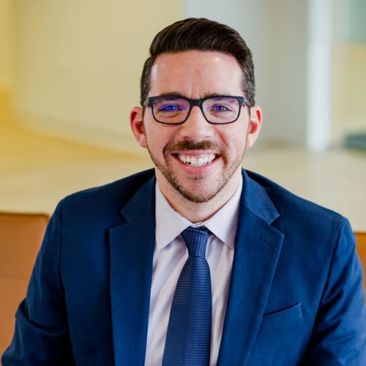 Russia and Ukraine export a significant proportion of the world’s wheat, corn and sunflower oil. How will the Ukraine conflict affect agricultural exports to regions that are particularly dependent on the region for food, such as the Middle East and Africa?

The Middle East and Africa (MEA) countries, largely dependent on food imports from the Black Sea region, face food security concerns having been affected substantially by the Russia-Ukraine conflict.

With Ukrainian seaports closed, blocking its grains/oilseeds exports, some Russian ports in the Black Sea and Baltic Sea are still operational. There are reports that Ukraine is organising agricultural exports via railway, but these exports are unlikely to be significant.

The two regions may need to turn to other exporters, including the European Union the Americas and Australia, in order to secure their food supplies.

Russia and Ukraine account for a significant amount of the world’s exports of wheat, maize, oilseeds, and fertilisers.

This situation has potential agriculture and food security repercussions for countries around the world, largely disrupting Ukraine and Russia’s agricultural exports and tightening global supplies.

Prices of the relevant grains and oilseeds and their by-products have skyrocketed.

The closure of Ukrainian seaports has completely stopped Ukrainian wheat exports by ship.

Meanwhile, Russia has so far shipped 23.8 million tons of wheat since July, according to Refinitiv’s data. Wheat importers, particularly MEA countries, account for about 90 percent of Russian exports and 60 percent of Ukraine exports.

The 2021/22 global wheat supplies were already tightened by substantial production losses in North America. A severe drought resulted in approximately 19 million tons, U.S. (-8 million tons) and Canada (-11 million tons) of wheat production losses. While a cold spring and excessive wetness during harvest lowered wheat quality in the key producing areas of Europe, including France and Germany.

Demand for palm oil and soybean oil has surged following uncertainty over sunflower oil supplies due to the Russia-Ukraine conflict.

This has resulted in a volatile vegetable oil market.

With sanctions on Russia and the suspensions of port operations and crushing in Ukraine, sunflower seed shipments that are scheduled for loading have been delayed until further notice.

Ukraine shipped over 2 million tons of sunflower oil since October (Figure 4) and could ship another 3-3.5 million tons for the rest of the market year (March-September).

Russia could export 1.5-2 million tons of sunflower oil from March to September.

A total of 4.5-5.5 million tons of Black Sea exports (30-40 percent of total world exports) could be disrupted/delayed by the conflict.

Delays could create a sunflower oil scarcity in destinations such as India if loading is not resumed, which typically imports 150,000-200,000 tons of sunflower seed oil each month.

According to Reuters, 380,000 tons of sunflower seed oil shipments were unable to be delivered to India because of the conflict. This could provide opportunities for more palm oil imports to fill this gap.

The country is unlikely to compensate for the supply gap due to the current weak production in response to labour shortages and unfavourable weather conditions.

The supply gap has been caused by the Russia-Ukraine conflict and the Indonesian Domestic Market Obligation, resulting in consumers struggling to find replacements.

Palm prices have taken a breather on profit-taking following a rapid surge during the last three weeks, though the downside could be limited by firm fundamentals and the prospects of rising demand for palm oil.

The global corn market is the tightest it has been during the last decade.

Ukraine harvested its largest corn crop ever at 39.1 million tons (MMT) the previous autumn, according to Refinitiv. USDA decreased Ukrainian corn exports from 33.5 MMT to 27.5 MMT in the 2021/22 March WASDE report.

Ukraine shipped 19.9 million tons of corn during October-February (prior to the conflict) (Figure 5). Ukraine exports approximately 80 percent of its corn production; around 11.4 MMT of future exports have been blocked or delayed, adding to the weather-related production losses in South America of 13 MMT.

Corn prices have been reacting since the start of the conflict, and production losses in South America began to be noticeable.

Adverse weather in South America has resulted in approximately 13 million tons of production losses from the initial outlooks at the beginning of the planting season. Specifically, Brazil is expected to harvest 109.3 million tons of corn for the 2021/22 season, 9 million tons below the initial projection, according to Refinitiv Agriculture Research.

Spring planting (including corn) may commence shortly in Ukraine in April. However, should the conflict continue, spring planting could be affected significantly, and the reduced corn area and production in Ukraine could impact global corn supplies over the upcoming planting season.

The current high prices will stimulate corn plantings in the U.S. and other major corn-producing countries. The worry for the farmers is if higher prices will be enough to offset the high cost of production.