Equity capital markets bounced back in Q2, helped by the hotly anticipated IPOs of tech unicorns Lyft and Uber. Refinitiv Deals Intelligence has examined the quarter’s investment banking trends, including a strong 2019 for U.S. M&A activity.

After a bleak first quarter for dealmaking, the question was whether the seven-year bull run would end gradually or with a shock.

In fact, the April-to-June period saw something of a revival. This was led by the US equity and M&A markets, while Asia and the tech sector pushed global debt markets into positive territory.

How active do you think capital markets will be in H2? Share your view on our Refinitiv poll:

Major U.S. IPO’s, such as Uber and Lyft, helped to raise the capital markets output in Q2 after a stagnant Q1. How active do you think H2 will be?

The first half as a whole marked a three-year low for global ECM. The US$307 billion raised was 25 percent down on last year, based on 23 percent fewer deals.

But Q2 bounced back 39 percent, representing the best three-month period in the past 12 for new equity issuance.

Within this, convertible offerings had their best year since the eve of the financial crisis in 2008, accounting for 20 percent of the global equity market, driven largely by three sectors: financials, technology and industrials. 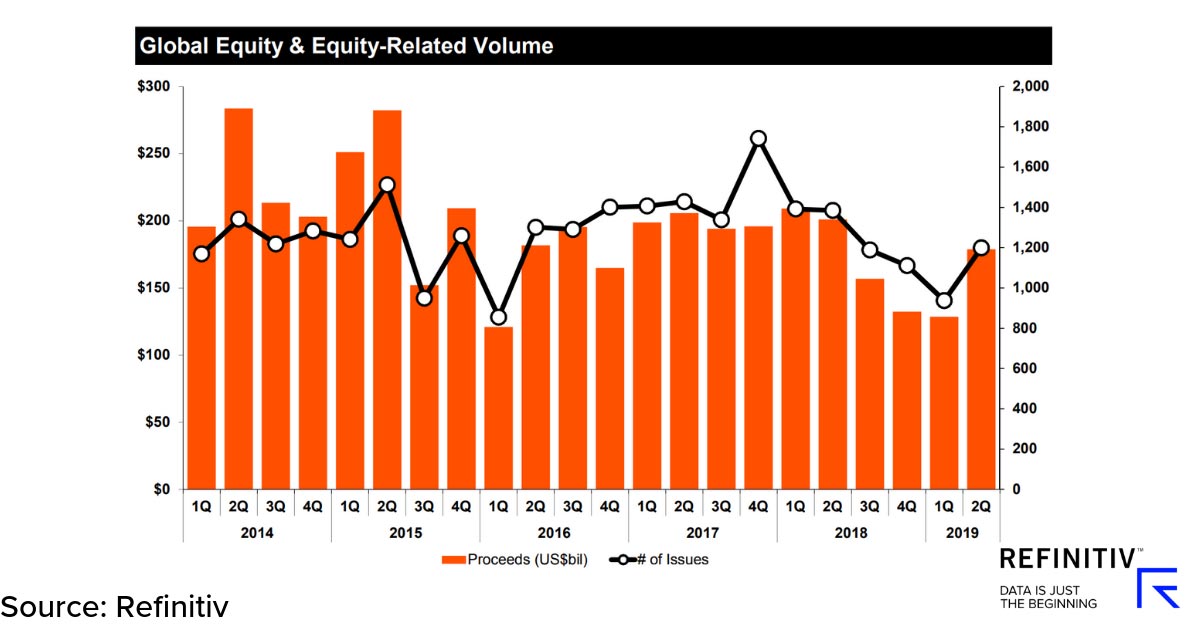 It was a similar story with new listings. IPOs were down by one-third for the first six months of the year, to hit a three-year low, but Q2 saw three times the amount compared with the opening quarter, largely driven by a surge in the US.

The US new listings market saw $32 billion raised in the first half, a figure that topped 2018 and helped to offset a 47 percent and 43 percent fall in EMEA and Asia Pacific IPOs respectively.

One-third of the $32 billion figure was generated by the hotly anticipated IPOs of ride-hailing apps Lyft and Uber, meaning overall US equity capital markets accounted for 35 percent of the global total — the highest proportion since 2015. 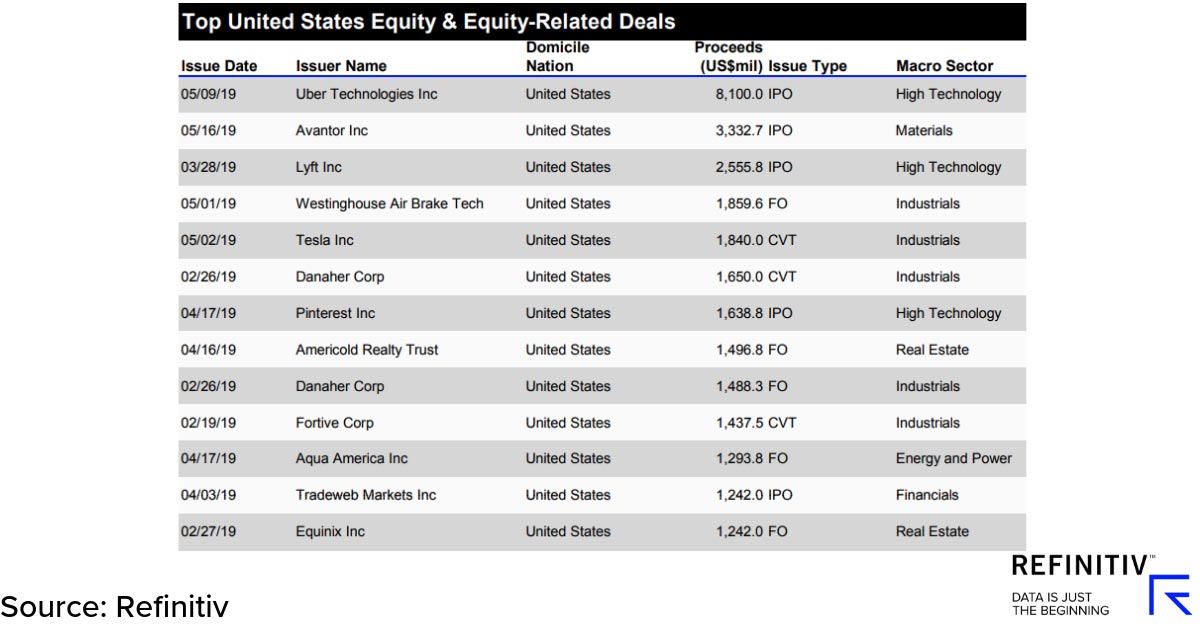 By contrast, there were few bright spots in Asia Pacific, with equity capital market falls of 20 percent, as China-domiciled issuers and financial sector issues pulled back.

Meanwhile, debt capital markets (DCM) were broadly flat in the first half, with $3.9 trillion raised, a two percent year-on-year increase.

The quarterly debt picture was a mirror image of equities: the strongest start to the year since 2017, followed by a 14 percent slump in Q2, the slowest since 2015.

The tech sector was the major contributor, with a 135 percent increase as companies including IBM, Broadcom and Tencent tapped the debt markets for an aggregate $93 billion.

While investment grade debt had a very slow start to the year, falling to six-year lows, global high yield enjoyed two-year highs, up 19 percent year-on-year to raise $205 billion in the first six months of the year.

This was despite European high yield issuance falling nine percent, reducing its share of the global total from 32 percent to 24 percent.

China picked up the slack, more than doubling its 2018 contribution, to account for 16 percent of global issuance, while corporate debt issuers from India, Malaysia, Thailand and Brazil helped emerging market activity to rise four percent, year-on-year. 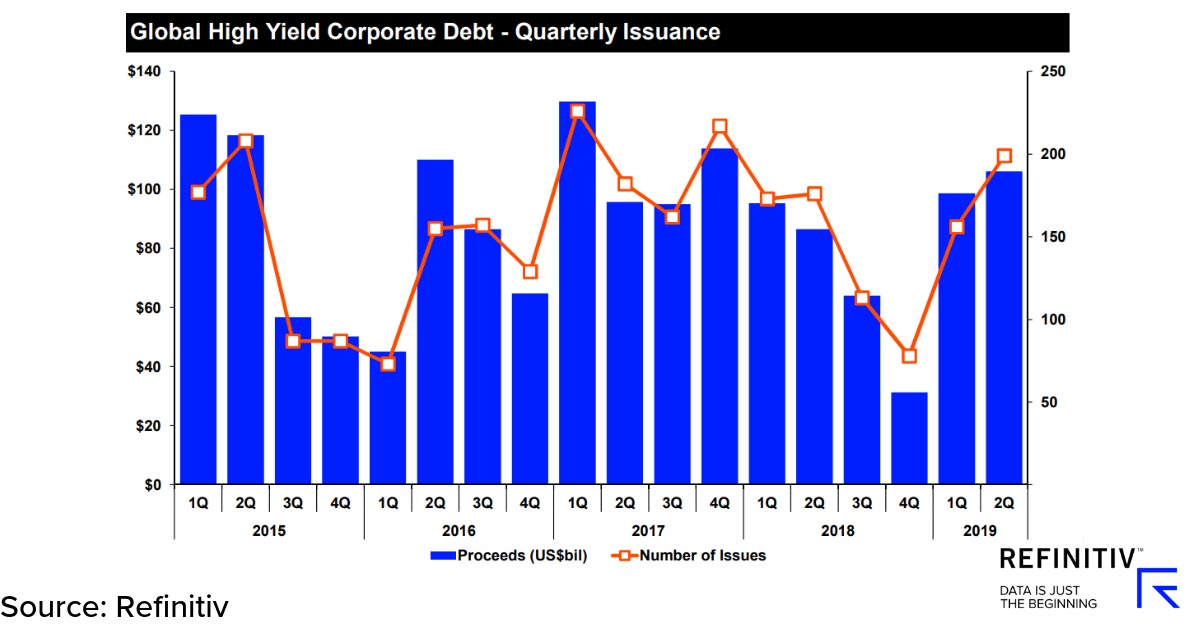 International bond offerings were down three percent but, within that, green bonds increased by a quarter, raising $85.5 billion.

Asian local currency debt jumped by a third, driven by Chinese yuan offerings doubling and Japanese yen offerings up by a fifth, to hit a 12-year high of JPY12.7 trillion.

The world of corporate mergers and acquisitions also saw a strong start to the year — albeit 12 percent down on 2018’s very high levels — making it the third largest half since records began in 1980.

Cross-border activity, which fell 45 percent to a six-year low of $509 billion, was offset by mega deals — accounting for more than half the announced value — and US acquisitions, which at $1.1 trillion was the strongest first half of a year ever.

Eight of the top 10 worldwide deals were US domestic deals, totalling $978.5 billion, almost nine-tenths of all US target deals. 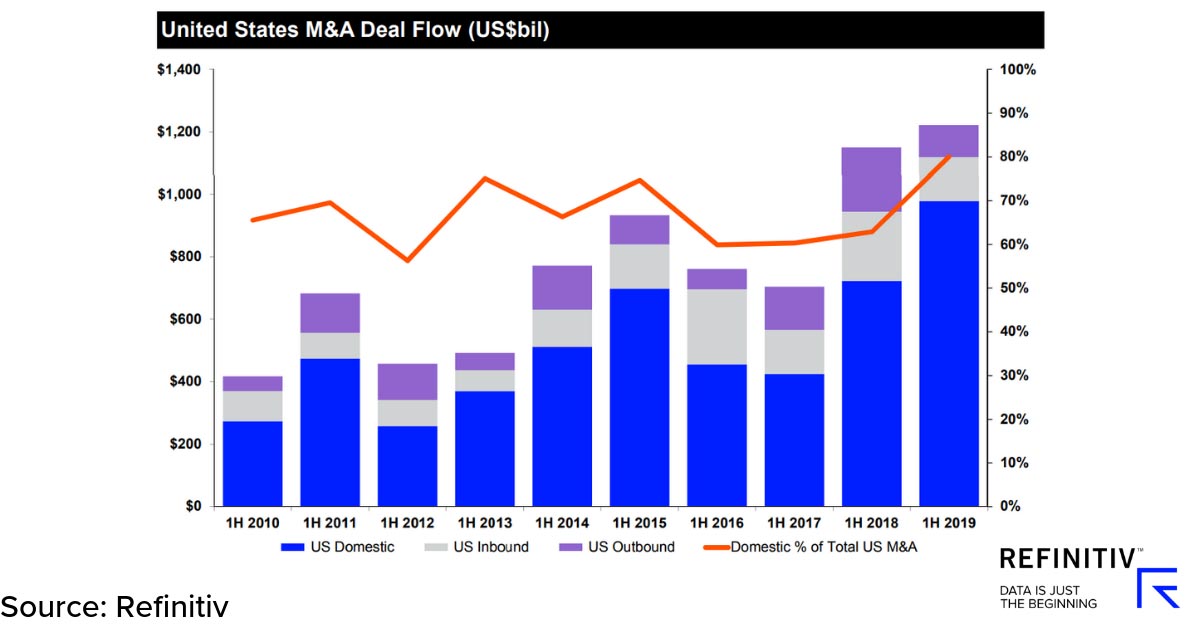 The private equity boom continues to stoke the M&A market, particularly towards the larger end, with a 15 percent increase in the value of total buyout targets, marking the strongest first half for private equity since before the financial crisis.

Outside the US, it was a familiar tale, with European M&A falling to a six-year low, Asia Pacific down 27 percent to $337.7 billion, and Japan down by nearly a quarter.

The fight for slots four to ten has become a scramble between incumbents and boutiques that bears the hallmarks of an industry mid-disruption. 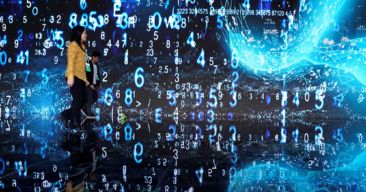 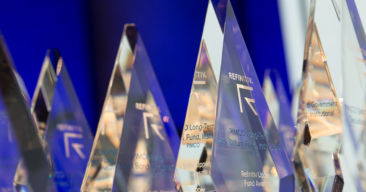 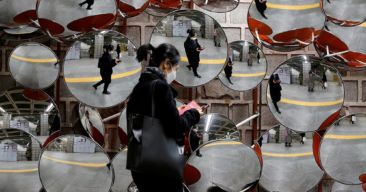 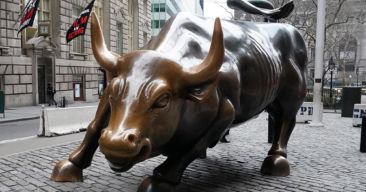 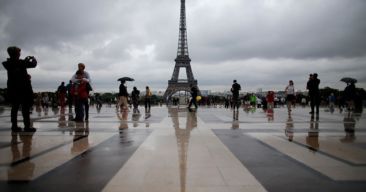