With the World Cup in full swing without some of the key M&A players, we looked at how this would affect the M&A rankings of global league tables. With no United States or China at Russia 2018, who makes our first XI?

The mergers & acquisitions space has been in a frenzy this year, with over 11,000 deals worth US$1.2 trillion in the first quarter of 2018 alone.

If we were to rank the countries involved in all global M&A transactions by value, the U.S. — unsurprisingly — comes first with US$432.8m, followed by the UK and China at $200.8m and $105.6m respectively. 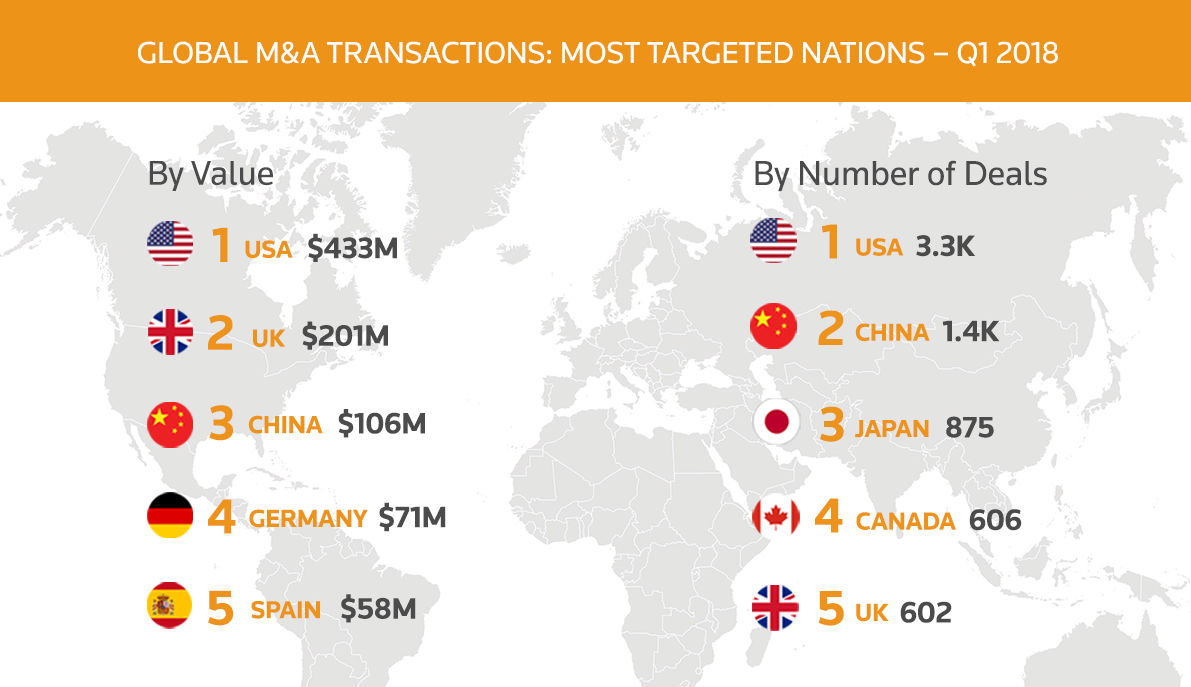 But what if we considered only the 32 countries that qualified for the World Cup?

In the total value league table, the UK (not just England, but Wales, Scotland and Northern Ireland), Germany and Spain would occupy the top three slots, with Russia moving up nine spots to seal its position in the top 10.

Fighting relegation would be Iran and Panama (by both deal value and number of deals) and Tunisia (by deal value).

Tunisia would make a Great Escape only if ranked by number of deals, as Iceland finishes bottom with only one M&A transaction to its name: the $345m bid by Norsk Hydro for a Rio Tinto aluminum plant in Iceland.

The M&A rankings group of death

With Argentina, Croatia, Iceland and Nigeria, Group D is considered to be one of this year’s strongest groups in the tournament.

The second weakest group distinction goes to Group H with only two cross-border deals between Colombia and Japan. 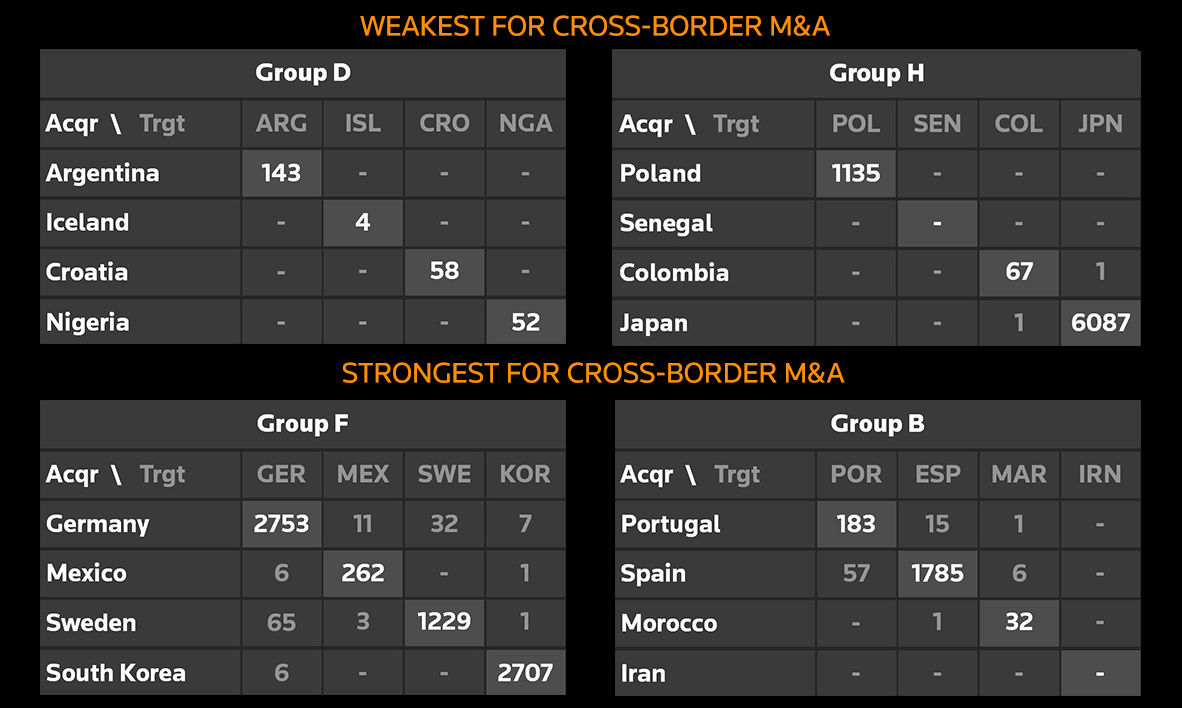 Conversely, Group F (Germany, Mexico, Sweden, South Korea) is the strongest group with a total of 132 transactions, thanks to almost 100 deals between Sweden and Germany.

Coming in second is Group B (Portugal, Morocco, Spain, Iran), with 80 M&A transactions among the countries, but 90 percent of the total allocated to Portugal and Spain.

Sweden was also the most active on the acquisitions side within its group (69), while Germany holds the distinction of being the most targeted side, with 77 completed deals.

Searches can be saved and results exported to a Quote list, Excel spreadsheet or the clipboard.

Access the Road to Russia 2018 app to get more fast facts and content, such as the rising value of the World Cup trophy.

And, if you haven’t joined already, register for the Global Sports Forum on Eikon Messenger to win prizes, interact with special guests and have your say on all the latest football developments.