OPEC and the future of oil production cuts 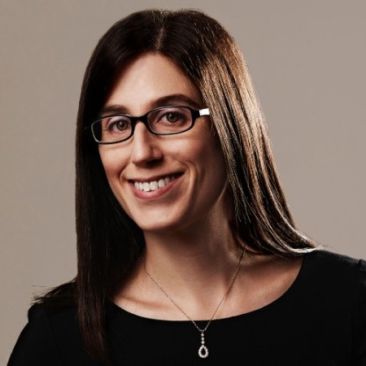 With crude oil production cuts going deeper than planned, Ellen R. Wald, the author of Saudi Inc., looks at how OPEC members might react at their annual meeting in Vienna this month.

In December 2016, when OPEC and its partner countries announced that they had reached a deal to cut oil production, the vital question was whether these oil producers would truly comply.

The deal required OPEC member countries and the non-OPEC partner countries, except Iran, Libya and Nigeria, to make oil production cuts of 4.6 percent starting in January 2017.

However, in the past, OPEC has often failed to enforce production quotas among its members. Countries are self-interested and tend to put their immediate needs over the needs of the group.

Now a confluence of geopolitical and economic events, spanning three continents, has created a distinct opportunity for OPEC.

Economic issues have crippled Venezuela’s oil industry to the point where the country can barely produce 1.36 million barrels per day, and its ability to export oil is severely challenged.

Angola’s oil production has also dropped off due to a lack of investment in new oil fields as current fields are becoming less productive.

Most recently, the United States has announced a re-imposition of sanctions on Iran that could cripple its oil exports if European and Asian countries comply.

The sanctions could take anywhere from 200,000 to one million barrels per day off the market.

These economic and geopolitical factors have fallen in OPEC’s favor and will strengthen the influence and power of OPEC and its partners on the market, likely for the remainder of 2018.

OPEC and its partners now find themselves with options to exert their power and their will on the market.

OPEC and its partners could choose to increase production to fill the void in their agreement left by troubles in Venezuela, Angola and Iran.

There are several countries in the agreement that have the spare capacity to do this. Saudi Arabia and Russia are both powerful countries that could increase production.

Iraq and Kazakhstan also have the ability to increase production and have both complained about the quotas imposed on them.

Other producers, like those in the U.S., will also seek to fill in for the decreased production, but U.S. producers appear to be constrained by infrastructure bottlenecks and a lack of customers for the extra-light grades of oil they produce.

The group could decide to take advantage of these economic and geopolitical events and let the situation push prices up even further than the group had originally planned.

Essentially, OPEC and its partners would grow their own revenue without increasing or decreasing production quotas individually.

The group would exert its power over the market by staying the course.

Or the group could strategically act to increase the satisfaction and alignment of member countries.

It could keep the oil production cuts in place, but give certain countries with spare capacity and a desire to increase production the leeway to do so on a small scale.

This would strengthen OPEC and its partnership with non-OPEC producers by both satisfying those member countries that need to increase production and maintaining higher prices for all.

The particular economic and geopolitical situations were fortuitous for OPEC and its partner countries as a unit.

While unfortunate for specific OEPC countries, like Venezuela, Angola and Iran, the events created opportunity and strengthened the position of OPEC and its partners — a benefit that will likely last through the year.

Use Eikon for deep analysis and to find growth opportunities in the power, gas, coal, carbon, and oil commodity markets