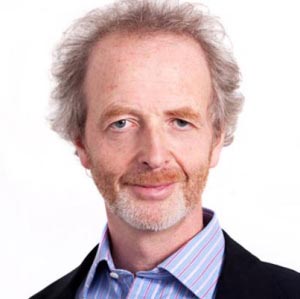 UK Households are looking to find alternatives to gas and gas-fired electricity owing to the Ukraine crisis. With ballooning costs of living and soaring energy bills, the UK government is looking to conceive alternative ideas with minimal fiscal support.

Disclaimer: The author is a Reuters Breakingviews columnist. The opinions expressed are his own.

The UK government is so scared of the cost-of-living crisis that it doesn’t want consumers to face higher energy bills for low-carbon innovations like heat pumps and solar panels. And it doesn’t want to use more taxpayers’ money to subsidise the rollout of green appliances in people’s homes, either.

As a result, the government’s green agenda risks getting stuck in the mud.

This is despite the backing of Prime Minister Boris Johnson. In a trip to India in April, he said: “There’s a lot of prejudice against the green agenda … Actually green technology, green, sustainable electricity can help to reduce bills.”

But the government’s energy security strategy, published in April as a response to the Ukraine crisis, had very little to say about helping households cut their demand for gas and gas-fired electricity.

This is the main weakness in the government’s overall net-zero plans.

That said, Johnson realises he has a problem. He held a cabinet meeting in early May to discuss the cost-of-living crisis, including soaring energy bills. Ministers were told to come up with ideas that don’t require fiscal support.

Give utilities the job

So here’s a solution: give utilities the job of rolling out appliances that help households use fewer hydrocarbons – and spread the cost over, say, 20 years. And add in a few other measures to make sure that households save more on their use of power than the annual cost of the new kit, so that their energy bills drop from day one.

The suppliers compete to provide electricity to consumers; and the distribution network operators (DNOs), regional monopolies, are responsible for infrastructure, such as towers and electricity cables in the streets.

The DNOs should be given the responsibility for getting low-carbon infrastructure into people’s homes because they could keep levying an annual charge to recoup their costs even if customers switched from one supplier to another.

What’s more, because they are monopolies, they have a low cost of capital – fixed at 2.81 percent by Ofgem, the energy regulator.

DNOs’ investments inside the home could be treated the same way as investments outside the home. It could be added to their regulated asset bases and the charge plus the cost of capital spread over many years. Call it the Home Infrastructure Plan (HIP).

The utilities could be required every year to install a million heat pumps, kit out a million homes with solar panels, and insulate a million properties from the middle of this decade.

Although the UK government was somewhat supportive of a similar idea in 2017, in the end, it did nothing. But the energy crisis gives it a reason to review the policy. Several U.S. states as well as Italy already do this.

Giving DNOs this responsibility would ensure rapid take-up. And, as consumers saw their bills falling, the benefits of signing up would spread by word of mouth.

Fast rollout is potentially one of HIP’s advantages compared to another interesting idea: getting banks to let consumers put the cost of home improvements on their mortgages.

Given current eye-popping gas prices, the math is already attractive for solar panels.

The upfront investment now pays back over 14 years, according to the Energy Saving Trust. So spreading it over 20 years would give customers an immediate cut to their bills.

Heat pumps, which use electricity to heat people’s homes, are now a tiny bit cheaper to run than gas boilers, costing £964 a year compared with £984, according to Jan Rosenow, director of the Regulatory Assistance Project’s European programme.

The government has already helped a little by getting rid of the 5 percent VAT charge on heat pumps. It is also subsidising new heat pumps to the tune of £5,000 a year – which helps a lot.

However, there’s money for only 30,000 each year. And in the UK, 1.7 million gas boilers – Britons’ favourite method for heating their homes – are installed each year. So the government’s scheme only tackles 2 percent of the problem.

To make HIP fly, both the upfront and running costs have to fall. Fortunately, there are ways to do this.

HIP on its own will help because utilities will enjoy bulk-purchasing discounts.

The government is also consulting on a plan to require heating appliance manufacturers to provide a certain number of low-cost, low-carbon devices. This would cut the price of heat pumps by charging a bit more for gas boilers.

Requiring the utilities to put out to tender the job of kitting out people’s homes could further reduce costs.

If there’s a military-style rollout, going up one street and then another, there would be yet more economies of scale.

Quality controls would be needed to ensure utilities don’t choose cowboy installers. But this is not rocket science. New York City has already used auctions to cut energy bills.

The government’s goal should be to use a mixture of these measures to ensure the upfront cost of a heat pump stays at around £4,000, once the current subsidy ends. That would mean consumers would only need to pay £1,500 more than the cost of a boiler.

Running costs also need to fall. The starting point is to realise that electricity consumers face fat levies to subsidise the legacy cost of renewable energy when it wasn’t competitive. By contrast, gas consumers pay virtually nothing.

This is back to front.

Burning gas is polluting the atmosphere, whereas electricity consumption is increasingly green.

Many economists think the levy should be switched from electricity to gas. But with gas prices soaring, charging consumers even more is a non-starter politically. Meanwhile, just scrapping the electricity levy would leave a hole in the government’s budget.

But again there’s a solution.

The government could exempt the electricity used in heat pumps from the levy. That would save consumers £156 a year, according to Rosenow – boosting the annual running cost advantage heat pumps enjoy over boilers to £176. And the government wouldn’t be out of pocket because consumers would otherwise be buying new gas boilers.

Denmark already does this, by giving consumers a discount on their electricity bills based on the average amount used in heat pumps.

A combination of all these measures would mean consumers would pay £1,500 extra to enjoy savings of £176 a year. With the upfront cost recouped over 20 years, bills would fall immediately and pumps would fly off the shelves.

HIP also has to be fair.

Only those customers that have a new kit fitted should pay the cost. What’s more, those who want both solar panels and heat pumps – or need big ones – should pay more than those who have one or the other. That way, some consumers won’t end up subsidising others.

The HIP should also be rolled out across the whole country and in different types of households – so everybody can benefit. But it is not intended to replace an existing scheme, called ECO, which gives low-income households free insulation and the like.

But the UK also needs an ambitious plan covering all households – and HIP does the trick.

Create your own personalised AI-curated briefing of news and information in Eikon, delivered how you want it, when you want it

What are the potential solutions in addressing household demand for gas in the UK?

By giving utilities the job of rolling out appliances that help households use fewer hydrocarbons and spread the cost over, say, 20 years.