Strong U.S. jobs are blessing and curse for the Fed 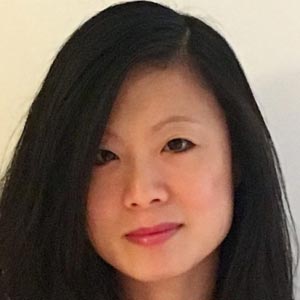 With U.S jobs returning to pre-pandemic levels, pressures on prices may continue to mount. The Fed’s response to these pressures could significantly help or harm the economy.

Too much of a good thing can be bad for the U.S. Federal Reserve.

The unemployment rate for Americans fell to 3.6 percent in March, near pre-pandemic levels. Meanwhile, dining out is back and even travel is returning to normal. It all gives the central bank room to raise interest rates to fight inflation.

The United States is closing in on full employment. That’s where the Fed thought the economy was before COVID-19 hit, with a jobless rate of 3.5 percent in February 2020.

Other activities are also back on track.

Roughly as many people are dining in U.S. restaurants as in 2019, according to reservation-software provider OpenTable. And the number of travellers who passed through the U.S. Transportation Security Administration checkpoints in the last seven days of March reached 90 percent of the level seen in the same week of 2019.

The return toward pre-pandemic normality – even in a period coinciding with Russia’s disruptive invasion of Ukraine – makes the Fed’s job easier.

Central bank boss Jerome Powell has recently taken on a more hawkish tone, highlighting that the labour market is strong enough to hike rates by 0.5 percentage points at future meetings if warranted by inflation.

In March, rate-setters increased the cost of borrowing by half that amount.

In February, job vacancies were still near record levels at 11.3 million, while there were on average 60 unemployed persons for each 100 of those positions, compared with 80 in February 2020.

The pace at which people quit their jobs remained high at 4.4 million, with retail, hotels and restaurants continuing to see the biggest exodus.

The fight for scarce workers could put more pressure on prices.

Hourly wages increased 5.6 percent over the year to March, against pre-pandemic bumps in the 3 percent range.

Full employment would be welcomed by the Fed after the labour market pains induced by the pandemic. Up to a point, so would higher wages, especially for lower-paid workers. But blowing past that would risk overheating an economy already grappling with inflation.

Discover more about Datastream: Refinitiv’s historical financial database with over 35 million individual instruments or indicators across all major asset classes

The author is a Reuters Breakingviews columnist. The opinions expressed are her own.

The Fed thought the economy was before COVID-19 hit, with a jobless rate of 3.5 percent in February 2020.