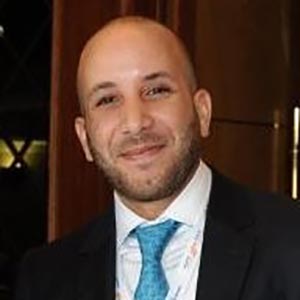 2021 was another progressive year for the sukuk industry with more than $185bn worth of issuance over the course of the 12 months. New players joined the market, while more regulations and policies were set in place to improve standardisation.

2021 was yet another record-breaking year for the sukuk industry despite the COVID-19 pandemic and its impact on financial markets.

Over $185bn of sukuk were issued in 2021 according to the Refinitiv Sukuk Now app.

Last year was momentous for sukuk market, not only in terms of transaction size but also in quality. The themes we examine in this blog could potentially impact the market for years to come.

In February 2021, the Egyptian parliament’s economic committee completed the amendments to the sovereign sukuk law determining the framework under which the country will issue sovereign sukuk.

Egypt could be a key player in the market. Indeed, In January 2022, Ahmed Kojak, the Deputy Minister of Finance for Financial Policies, announced the first sovereign sukuk would be issued in H1 2022.

By March, the UK government returned to the market with a £500m sukuk issuance, seven years after its debut issuance in 2014.

This second sukuk offering was more than double the size of the first issuance. The government indicated it would increase the supply of high-quality, Sharia-compliant liquid assets to the market and support the development of Islamic finance products in the UK. A much-needed step from a non-Islamic market.

How did sustainability sukuk evolve during 2021?

The $2.5bn issuance positioned the bank as the largest issuer of sustainability sukuk, with a total of $5.2bn. According to the Refinitiv Sustainable Islamic Finance App, the current ESG and green outstanding sukuk market stands at over $15bn.

Meanwhile, the Maldives issued its debut issuance in the international sukuk market, raising $200m on 29 March 2021.

The documentation, which is based on international Sharia best practices, provides robust documentation that can be adopted seamlessly across all jurisdictions.

In the same month the IsDB made more headlines by issuing its first-ever Secured Overnight Financing Rate (SOFR)-linked sukuk in the global capital markets.

SOFR will be the new global benchmark rate, replacing the London Interbank Offered Rate (LIBOR), which will be phased out by June 2023.

Sukuk industry headlines around the world

Halfway into 2021, Saudi Aramco’s $6bn dollar debut sukuk racked up a record order book worth over $60bn from a consortium of 29 bookrunners by June. This was the largest order book ever achieved for a sukuk issuance.

After the summer break, global sukuk generated a number of headlines in September when Bangladesh waived value add tax for sukuk in a bid to spur issuance.

Also in September, the Arab Petroleum Investments Corporation (APICORP) – a multilateral development financial institution focused on the energy sector in the MENA region – announced that it had launched its inaugural Green Bond Framework.

In November, The Islamic Finance Council UK (UKIFC), Her Majesty’s Treasury, the Ministry of Finance in the Republic of Indonesia Ministry, the Islamic Development Bank, the London Stock Exchange Group and the Global Ethical Finance Initiative (GEFI) became founding partners in the launch of a High-Level Working Group (HLWG) on green sukuk.

The three-year initiative will direct investment to reduce greenhouse gas emissions in the regions of the world that are in most need.

Over the course of the year, the sukuk industry, once again, proved resilient  taking major steps towards standardisation, sustainability, globalisation and innovation – which are all needed to push the industry towards sustaining growth and international acceptance.

With demand continuing  to outstrip supply, view and download the full latest Sukuk Quarterly Bulletin for these and more insights.

Perform analysis of the Sukuk market size and trends, gain deep knowledge about the global Islamic bonds market and its various structures and transactions

Eikon offers accessibility to a growing community of business professionals interested in Islamic Finance, from understanding the broader macroeconomic environment, to comparing the performance of Shariah compliant asset classes and instruments

What was the outcome for the sukuk industry for the 2021 period?

2021 was another progressive year for the sukuk industry with more than $185bn worth of issuance over the course of the 12 months.