The Reuters journalists who delivered in 2020 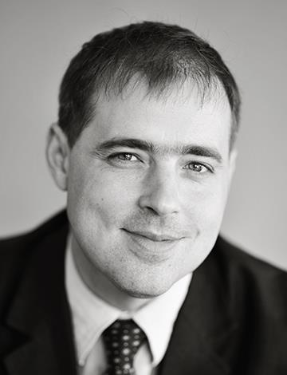 Which reporters, photographers, videographers and editors had their work recognised at the Reuters Journalists of the Year Awards for 2020? Jonathan Leff, Global Editor, Financial News Strategy at Reuters, and Richard Mably, Head of News Performance at Refinitiv, explain.

Each year, Reuters honours its journalists around the world and reveals the backstories to the biggest news items of the year.

The Reuters Journalists of the Year Awards for 2020 were broadcast globally on Thursday 18 March, spotlighting some of the exceptional reporters and editors who power the world’s leading global news agency for professionals – all of it delivered to the financial industry by Refinitiv.

Refinitiv Eikon: stay ahead of financial markets with the ultimate set of tools

It is always a challenge to select just a handful of reporters, editors and visuals journalists to feature every year, but never more so than for 2020, a year in which Reuters journalists overcame enormous disruption in their own lives to meet the challenge of covering the global COVID-19 pandemic – a once-in-a-lifetime story – from every angle for every customer.

No other news outlet matched Reuters for the sheer breadth of coverage, detailing every step of the pandemic and how it upended our lives, as well as the ongoing ramifications for governments, economies, markets, companies and financial institutions around the world.

The effort saw Reuters produce a record number of news stories for Refinitiv in 2020, nearly 2.8 million articles and over 1.5 million alerts, a 15 percent aggregate annual increase.

Story of the year: COVID-19

In addition to recognising the thousands of journalists who contributed to this Story of the Year, several were singled out for their outstanding efforts, including Michele Gershberg, the global industry editor for health and pharma, who was co-selected as Editor of the Year.

A 21-year Reuters veteran with 12 years’ experience covering the healthcare sector, Michele marshalled her team of industry experts and leveraged dozens of additional reporters to produce a COVID-19 file that was unmatched for its comprehensiveness, speed and exclusivity. The stories included one of the first comprehensive examinations of the high-cost, high-stakes global race to develop a vaccine barely a month after the full scale of the pandemic became clear.

Additionally, Reuters’ COVID-19 Global Tracker was selected as Graphic of the Year, recognising the exceptional efforts to collect and visualise data from every major country in the world – all integrated within Eikon and Workspace for Refinitiv customers around the world.

It was also a year in which speed mattered more than ever, with central banks scrambling in the spring to contain the economic damage wrought by COVID-19, and drugmakers racing in autumn to complete the biggest, fastest vaccine rollout in history.

For their excellence on both parts, the Full Speed Award went to two winners: The ECB team led by Balazs Koranyi, a former Olympic runner whose masterful planning and flawless execution of reporting on the European Central Bank put Refinitiv readers consistently ahead; and the speed teams in Bangalore, our powerhouse always-on global bureau where editors such as Kanika Sikka and Chris Peters work tirelessly to ensure Reuters is first with the breaking news that matters for investors, from European health regulator decisions to triumphant vaccine-trial announcements from Moderna.

Coverage of the U.S. presidential election

The COVID-19 story alone would have made for a massive news year, but of course there was a lot more going on too. The U.S. presidential election was like none other before it, with high-profile coverage more complicated than ever due to the pandemic.

For running the most competitive file of the year with meticulous planning and collaboration, Soyoung Kim was also recognised as Editor of the Year, directing coverage of more than a dozen reporters focused exclusively on the race, plus dozens more writing about the impact and implications for financial markets.

The awards also recognised outstanding reporters covering the world of business beyond COVID-19, such as Reporter of the Year winner Echo Wang, whose scoops and comprehensive coverage of the breakdown in U.S.-China business ties, from the U.S. government’s crackdown on TikTok and Grindr to the initial public offerings of Chinese firms in New York, kept Reuters at the fore.

Meanwhile, Aditya Kalra was recognised for Business Beat Coverage of the Year for consistently breaking news about how regulatory intervention in India has shaped the business outlook for companies including Amazon, Walmart, Reliance and Google.

And naturally, we celebrated many exceptional visuals journalists at Reuters, including Dylan Martinez, whose Photo of the Year featuring protester Patrick Hutchinson carrying an injured counter-protester to safety during a Black Lives Matter demonstration became a national talking point.

Our visuals journalists’ work not only documents the truth of what happens on the ground around the world, but are often our on-site sources when real-word events collide with financial markets. Martin Quin Pollard, selected as Video Journalist of the Year, was among the first foreign journalists to report from Hubei province about the then little-known coronavirus.

Long before the celebration, of course, these same Reuters journalists had already turned their attention to 2021, searching for stories that will define the year ahead.

An unprecedented economic recovery or a stock market correction? An irreversible embrace of green energy or the stubborn resilience of carbon fuel? The eradication of the coronavirus or the emergence of new strains?

We don’t know the answer just yet. But as winners Kay Johnson and April Joyner said: “Wherever the story takes us in 2021, Reuters will be there to cover it.”

Refinitiv Eikon: turbocharge your analysis of the financial markets with the ultimate set of tools 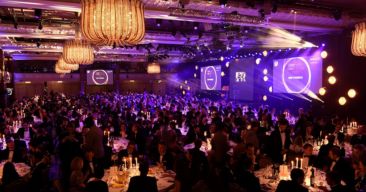