U.S.-China trade tensions: Who has the most to lose? 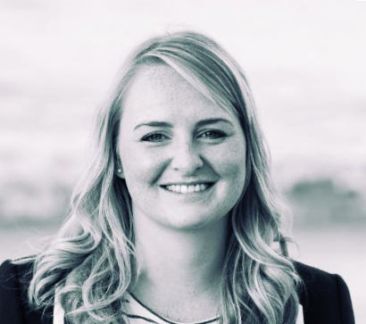 As U.S.-China trade tensions continue, who has the most to lose? Charts and analysis from Fathom Consulting examine the trade relationship between the two superpowers, as well as the equity performance of U.S. firms with significant exposure to China.

China is rarely out of the headlines, with concerns about a hard landing for its economy evolving into significant disquiet about deteriorating U.S relations.

The two factors are inextricably linked, with China’s efforts to avoid a hard landing exacerbating both domestic and global imbalances, issues which have now come home to roost with China’s economy slowing amid escalating trade tensions.

China trade war: Has your investment strategy into the Chinese markets changed to reflect the political volatility?

Already, US$360 billion worth of bilateral trade between China and the U.S. is subject to additional duties, with tit-for-tat measures resulting in both the number of tariffs and the number of goods subject to those tariffs rising over time.

But who holds all the cards in the U.S.-China trade war? 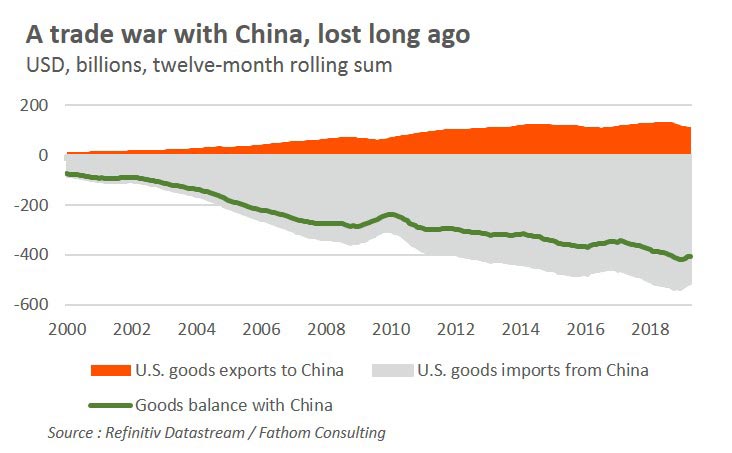 It is widely recognized that the U.S. is a substantial net importer of goods from China, as are most advanced economies.

But frustratingly for President Trump, the U.S. is a net importer even of goods, such as transport equipment, in which it enjoys a comparative advantage. In contrast, China’s few areas of relative specialism generate a significant trade surplus.

Overall, this has resulted in a yawning trade deficit for the U.S., one which Mr Trump hopes to narrow through the imposition of China trade tariffs.

And even though China has reciprocated with tariffs of its own, in this respect it is outgunned, a consequence of the U.S. importing far more. Indeed, expressed as a share of GDP, it is clear that China’s exports to the U.S. matter far more to Beijing than those of the U.S’s to China do. 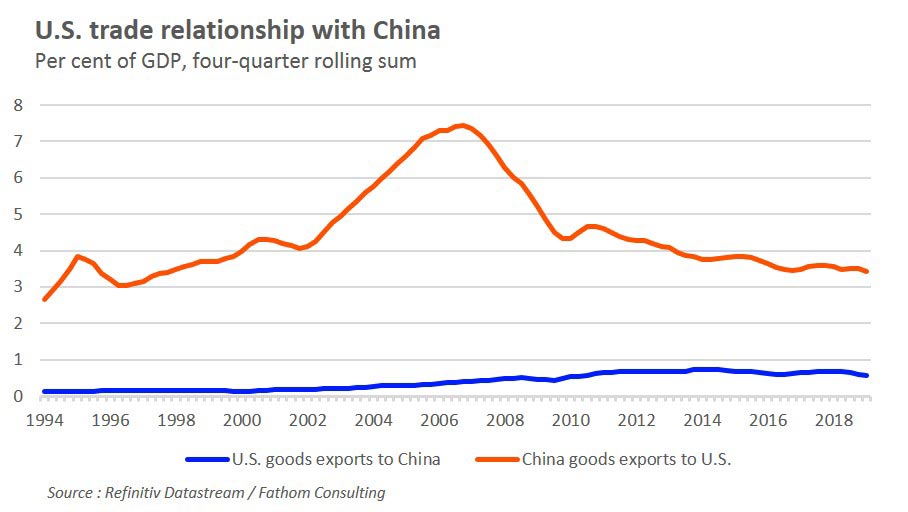 With the U.S. holding all the cards, the market widely expected that a truce would be reached, granting U.S. firms that do business in China more favorable trading conditions.

That view was captured in Fathom Consulting’s China Exposure Index (CEI), which is available on DataStream Chartbook and tracks the equity performance of U.S. firms with high exposure to China.

As shown below, it rose in the immediate aftermath of Donald Trump’s election victory in 2016: a reading above 100 is indicative of its outperformance relative to U.S.-listed peers that are less exposed to China. 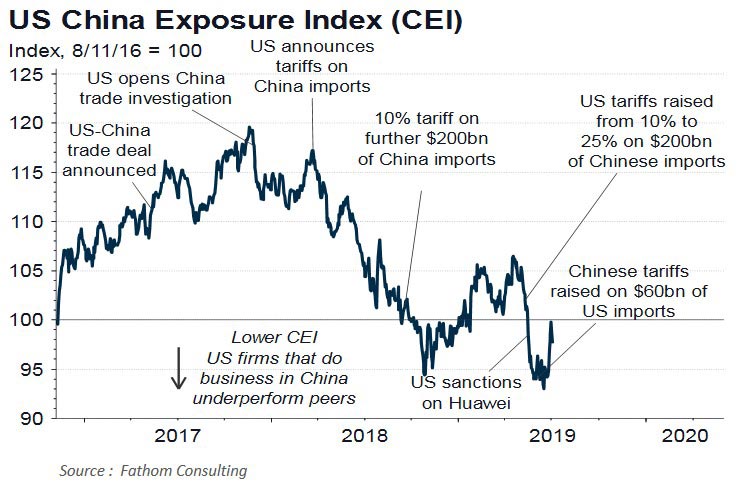 Fathom’s CEI has see-sawed since then, reflecting the ebb and flow of U.S.–China trade tensions.

When both sides have made positive noises and a truce appears to be on the cards, the stocks of those businesses more exposed to China have outperformed, and vice-versa.

In May, escalating trade tensions between the world’s two largest economies saw Fathom’s proprietary measure fall sharply, as shown in the chart above.

Since then, Mr Trump has used the G20 summit in Japan to announce a ceasefire in hostilities with the Chinese telecoms company Huawei, while negotiations between the two nations continue.

In response, the CEI ticked up. Nevertheless, U.S. businesses with exposure to China have underperformed their peers since Donald Trump’s election victory in 2016.

With the U.S. and China embarking on a long period of strategic rivalry, particularly with regard to future technological supremacy, higher uncertainty for global investors is likely to be the new normal.

Fathom’s brand-new podcast features conversations with Fathom’s economists, who share unique insights from their research to tell a well-rounded story of China’s past, present and potential future. 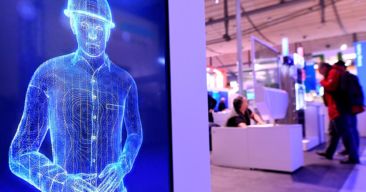 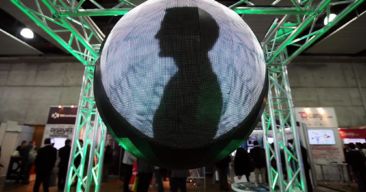 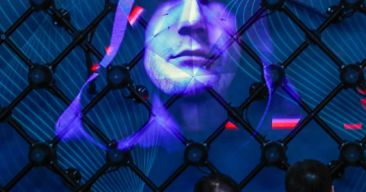 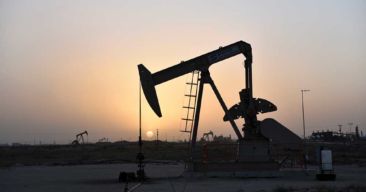