What are the latest trends in MEA wheat imports? 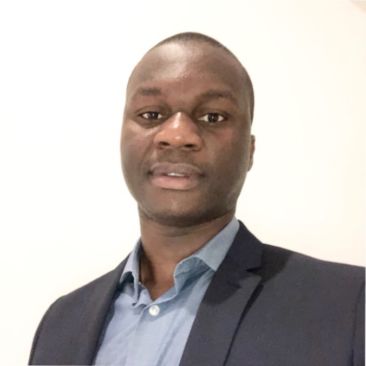 Using Refinitiv’s trade flow models, we analyze the latest trends in wheat imports from around the Middle East and Africa.

As shown by Refinitiv trade flow models, Lebanon imported about 61,770 tons of wheat in September 2020, a 37 percent decrease from August.

Likewise, Lebanon imported almost 216,000 tons of Black Sea wheat during the first three months of the current marketing year (July/June); a 44 percent decrease from the same period last year, and almost 50 percent below the three-year average of 423,603 tons.

Additionally, it is forecast that about 34,400 tons of Ukrainian wheat will reach Lebanese shores during the first two weeks of October.

Refinitiv trade flow models are suggesting Turkey imported about 1.85 million tons of wheat during the first quarter of the current marketing year, a 28 percent decrease from the same period last year, but 34 percent above the five-year average of 1.39 million tons.

During the same period, Black Sea countries were responsible for about 96 percent of Turkey’s wheat imports. Meanwhile, it is forecast that Turkey will import about 1.34 million tons of Black Sea wheat in September 2020.

Turkey’s wheat imports are largely supported by the local flour and pasta industries, its Inward Processing Regime policy, and imports by its state grain board, TMO.

Turkey is the largest exporter of wheat flour globally; exporting about 3.3 million tons of wheat in 2019. On the other hand, available data is suggesting that it exported about 1.65 million tons of flour between January and July 2020, a 9 percent decline from the same time frame last year.

In contrast, it exported almost 800,000 tons of pasta during the first seven months of 2020; a 12 percent increase from the same period last year. This is in line with suggestions of increased consumption of pasta in many countries during the pandemic lockdown. Turkey is the second largest exporter of pasta in the world after Italy.

TMO was active in the international wheat markets during the 2019/2020 marketing year; importing wheat duty-free to stabilize domestic prices.

As indicated by Refinitiv trade flow models, Egypt imported about 3.45 million tons of wheat during the first quarter of 2020/2021 (July/June), an 8 percent decline from the same period last year, but 11 percent above the five-year average of 3.25 million tons.

Furthermore, the Black Sea countries were responsible for about 96 percent of Egypt’s wheat imports during the first three months of the 2020/2021 season.

This dominance by the Black Sea countries could continue into the second quarter of the current marketing year. The General Authority for Supply Commodities (GASC), the largest wheat purchaser in Egypt, purchased 2.345 million tons of Russian wheat, 235,000 tons of Ukrainian wheat and 60,000 tons of Polish wheat for shipment between 1 September and 30 November 2020.

Following these GASC purchases, Egypt’s strategic wheat stocks are enough for seven months of consumption, according to the Ministry of Supply and Internal Trade.

Refinitiv trade flow models are showing Saudi Arabia imported about 512,709 tons of wheat in September 2020, a substantial increase of 277 percent from August.

On a quarterly basis, Saudi Arabia’s wheat imports totaled 831,426 tons during the first quarter of the 2020/2021 marketing year (July/June), an almost 25 percent decline from the same period last year, and 5 percent above the five-year average of 789,564 tons.

More wheat shipments are expected in the second quarter of the 2020/2021 season. The Saudi Grains Organization purchased 745,000 tons of wheat for shipment between November 2020 and January 2021.

Although the Saudi government has partially rescinded the ban on domestic wheat production, imports are still critical in supplementing local production. In 2021, local wheat production is expected to account for less than 15 percent of Saudi Arabia’s annual wheat consumption, with imports responsible for the balance.

As noted by Refinitiv trade flow models, Kenya imported 368,781 tons of Russian wheat and 54,071 tons of Baltic wheat during the first quarter of the current marketing year (July/June).

This was a  decline of 30 percent from the same period last year, and 17 percent below the three-year average of 506,820 tons. However, imports could pick up during the season because they account for about 85 percent of Kenya’s total annual wheat consumption of about 2.3 million tons.

Refinitiv trade flow models are indicating South Africa’s wheat imports was about 1.9 million tons during the 2019/2020 marketing year (October/September), a 23 percent increase from the previous marketing year, and 15 percent above the three-year average of 1.65 million tons.

During the 2019/2020 season, the European Union countries (57 percent) and the Black Sea countries (33 percent) dominated wheat exports to South Africa with a combined market share of 90 percent.

Meanwhile, Refinitiv trade flow models are forecasting that South Africa will import about 2,000 tons of Russian wheat, 79,300 tons of Baltic wheat, and 96,537 tons of Polish wheat during the first half of October 2020.

Even though South Africa’s wheat imports increased during 2019/2020, imports could slow down in 2020/2021 because South Africa is projected to produce about 1.9 million tons of wheat during the same season, a 26 percent increase from the previous season.

Furthermore, local demand for wheat could be soft due to a sluggish economy, the COVID-19 pandemic, and availability of relatively cheap substitutes. Affordability is an important consideration in a country which lost 2.2 million jobs during the second quarter of 2020 (largely due to a stringent lockdown), with an expanded unemployment rate of 42 percent. Also, about 25 percent of the population lives below the poverty line.

Nonetheless, imports are an integral supplement in the South African market and account for about 50 percent of the total annual wheat consumption of almost 3.5 million tons.