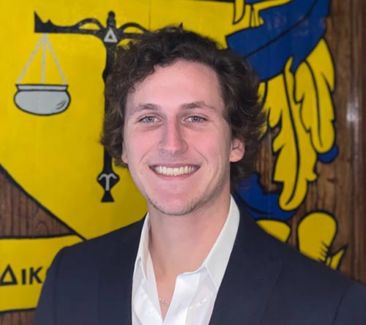 Why has Palantir Technologies Inc. captured the attention of tens of thousands of retail investors on social media, becoming a meme stock in the process? And what evidence is there to suggest these retail investors are influencing the share price in line with the dominant media narrative?

In a SeekingAlpha article published in June, Andre Cardenal CFA, suggested that Palantir’s consistent growth – as well as its compelling business model – has upside potential in a world that is increasingly dependent on data-driven insights.

In addition to Cardenal’s observations, and based on the company’s own admission, the role of investor sentiment should not be overlooked. 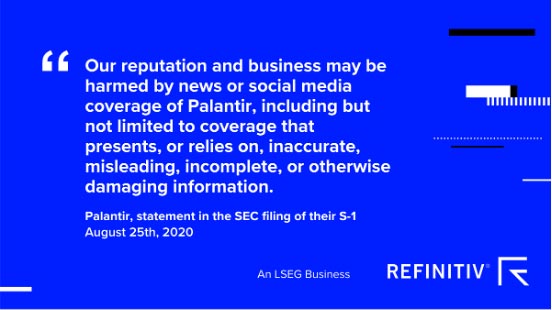 Palantir joined GameStop (GME) and AMC Entertainment (AMC) as a ‘meme stock’, where a company’s value is influenced by the sentiments of retail investors.

Peter Thiel – one of Palantir’s founders – established the company to help governments utilise artificial intelligence to improve information-finding and decision making. Because of its sophistication – sustained due to the hype factor around AI – the company’s story is also compelling to retail investors. However, with retail investors comes volatility.

Positive storylines about the company – such as how Palantir’s big data is assisting the police in preventing crime, helping the healthcare industry to track COVID-19 infections, bolstering counter-terrorism – can quickly swing to a media focus on negative narratives.

Prominent negative associations with Palantir include suspicion of how the company is gathering information from private citizens, or the company’s lawsuit against the U.S. Army for attempting to create its own Palantir-replacement software.

With data provided from Refinitiv MarketPsych Analytics, the plot below indicates that social sentiment for Palantir grew more positive than news sentiment around 25 January.

This media sentiment dataset is derived from lexical analysis of thousands of news and social media sites to calculate the net difference between all positive and negative mentions about Palantir, which is represented as overall ‘sentiment’.

In our quantitative research on media sentiment data, positive news media sentiment has a longer-term positive impact on price, while social sentiment is impactful in the short-term and has a strong correlation with volatility.

The making of a meme stock

As the short-term (30-day) sentiment rises above the long-term (90-day) sentiment, a crossover occurs which is evidenced by the green shading versus the red shading. The share price tends to follow swings in the direction and tone of short-term media sentiment about the company.

With charts as seen above, it is apparent that sentiment-infused narratives are correlated with Palantir’s stock price, and understanding the dominant media narrative about the company is integral for predicting its future value – in this case, it’s looking positive.

We see such narratives having a profound effect – perhaps as influential as fundamentals – on Palantir’s current and future stock price.

A stock ranking system that provides a 1-100 daily percentile ranking for over 16,000 global stocks