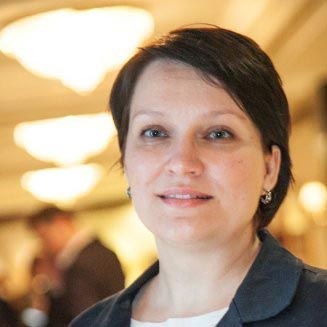 Black Sea grain has become a major force in the global ag market, with more than 90 million tonnes of wheat and corn exported last year. Find out, from Refinitiv experts, the outlook for Russian and Ukrainian shipments in the 2019/20 season.

The Black Sea is one of the main grain producing and exporting regions in the world, although this was not always the case.

Decades ago, exports from the region were negligible, but it now has its own recognisable trade brands, pricing benchmarks and futures trading on one of the biggest global exchanges. In fact, countries in the region used to be net grain importers.

During the last two decades, both grain production and exports have been growing fast within the Black Sea countries, providing the global market with 30 percent of wheat and around 20 percent of coarse grains.

In the 2017/18 season, Russia was recognised as the biggest world wheat supplier with more than 50 million tonnes in export shipments, while Ukraine is ranked as one of the leading world corn exporters. 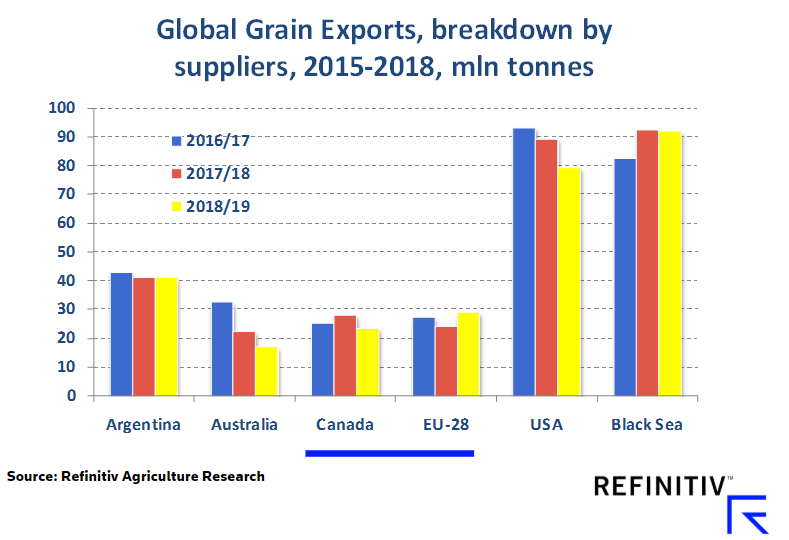 Black Sea grains – both wheat and corn – are well known all over the world, and are shipped to nearly 200 countries. The export flow is spreading into new markets and destinations, such as Saudi Arabia and Algeria.

Its competitive advantages enable the region to corner the global grain market and cut into the exports of former leading suppliers such as the United States, the European Union and Australia, who dictated global trade patterns and world grain prices.

Today, the Black Sea region has become one of the most powerful global pricing setters. How are the prices settled?

As Dan Morgan stated in his Merchants of Grain book “… the places or regions where grain is actually physically sold in huge quantities are where prices are really made.” And that’s absolutely true for the world biggest grain supplier with over 90 mln tonnes of exports annually.

The Black Sea region is not only widely known for its grains but also for its oilseeds and vegetable oils, being the biggest sunflower seed producer and sunflower oil exporter in the world.

While still in its infancy compared to other geographies, soybean production in the region is growing fast, as well as other oilseed crops.

Due to its dramatic growth, it is no surprise that the renaissance of export agriculture in the region has also contributed massively to the Black Sea economy.

For instance, agricultural sector exports totalled about 17-18 percent of Ukraine’s GDP in 2018, with sunflower oil exports constituting the most valuable export position. As for Russia, agriculture exports took nearly 5 percent of GDP, doubling over the past several years.

However, the Black Sea region has also had its share of failures in the global grains and oilseed arena. In the second half of the 2018/19 season, high prices for Russian wheat made it unattractive for consumers, and therefore export trade slowed down dramatically.

Anticipating these big market swings remains a challenge in a region that is changing so rapidly, and where access to reliable and timely data and analysis remains limited.

Fortunately, the comparison of commodity prices and the competitiveness of various grain origins can be easily determined by using a special page in Refinitiv Eikon devoted to Black Sea and Azov grain markets. 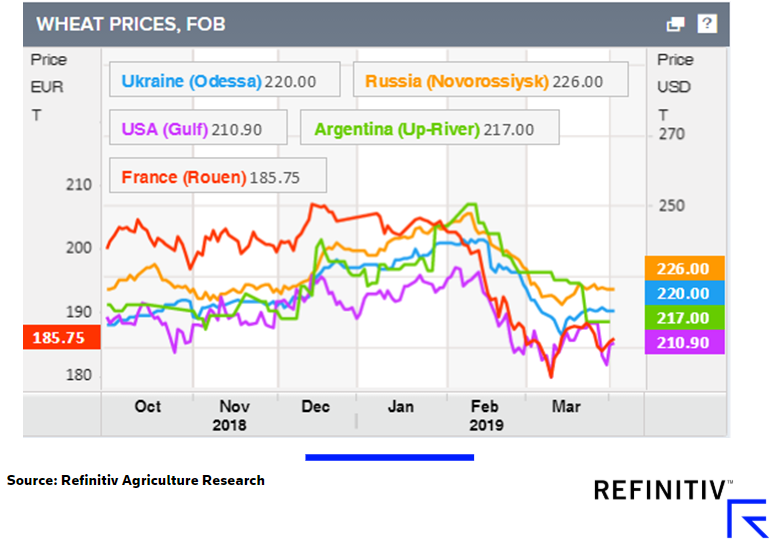 Prices for the in-demand Black Sea grains are represented in the chart as Refinitiv price assessments based on a strong methodology and the collection, validation and analysis of pricing information.

Price assessments are determined on the basis of various types of credible, reliable and representative market data.

In our environment, market participants and trading companies remain the ultimate source of information regarding the market trends, situation and price level.

Taking into account that deal prices are extremely sensitive data, our team of analysts with extensive industry experience rigorously check our content.

Independent area, yield and production estimates, as well as weather data and insights, are also available for Kazakhstan, a rising star in the region with big production and export potential.

We invite you to join our webinar on April 25 to explore in detail the current trends and market opportunities for the Black Sea region next season.