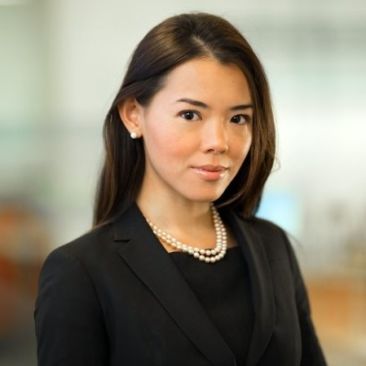 From being in the doldrums in 2015, commodities as an asset class rallied during 2016. Will 2017 Trump last year’s commodities revival?

Exactly a year ago, I reflected on what had been a disastrous year for commodities, with all 18 of our most closely tracked assets languishing in the red in terms of price returns for 2015. The performance marked an emphatic end to the supercycle boom.

So what has changed over the last 12 months to enable assets in energy, base metals and precious metals to finish 2016 with handsome gains for the year of 50%, 31% and 11% respectively?

Unsurprisingly, many of the forces behind the contrasting fortunes of commodities during 2015 and 2016 stem from China. However, there were also some tail-winds from Donald Trump’s election victory in November.

As we begin 2017, the performance of the Trump administration will be one of the many political and fiscal uncertainties facing the global economy and commodities sector in particular. Despite this, we remain mildly bullish about both prospects.

It’s important, however, that we first consider the three biggest factors behind commodities’ stellar performance in 2016.

The 2015 slump in commodities was triggered by waning demand from China, the world’s largest commodity consumer, and further exacerbated by excess capacity.

A stock market crash in the summer of 2015 and the beginning of 2016 heightened fears of a hard landing.

The Chinese government responded in the way it knows best — fiscal stimulus, monetary easing and the lifting of restrictions on property purchases.

Fixed asset investments in real estate and utility projects, for instance, saw a significant uptick in the first four months of 2016.

The moves managed to resuscitate the Chinese economy and boost demand for commodities. While this proved to be very effective in the short term, it might however prolong the effort to move into a more sustainable new economic model driven by consumption and private enterprise.

Follow the debate with the Supply Chain & Commodities LinkedIn Group

In 2016, we saw the emergence of financial interest in commodities in China.

Against a backdrop of a depreciating renminbi and unappealing returns in stocks and bonds, speculators were prompted to search for higher yielding investments elsewhere.

Trading curbs imposed by authorities in the wake of the equities market meltdown further encouraged speculators to turn their attention to lightly regulated markets.

Commodities futures appeared to provide these speculators with the exact vehicle they were looking for.

As a result, Shanghai Futures Exchange prices in the short term have been increasingly influenced by this speculative trading activity (see chart below).

Investment interest in commodities was not confined to Chinese investors.

Managed money positions, as reported by the CFTC, swung back to net longs in 2016, driven in particular by net long positions in precious metals.

We noticed a similar trend in ETFs too; of the top 25 commodities ETFs that we track, net assets as of end November had increased by US$18 billion compared to the beginning of 2016, with the increase mainly going into precious metals ETFs.

That said, interest in precious metals ebbed towards the year end, taking the sheen off its glory. 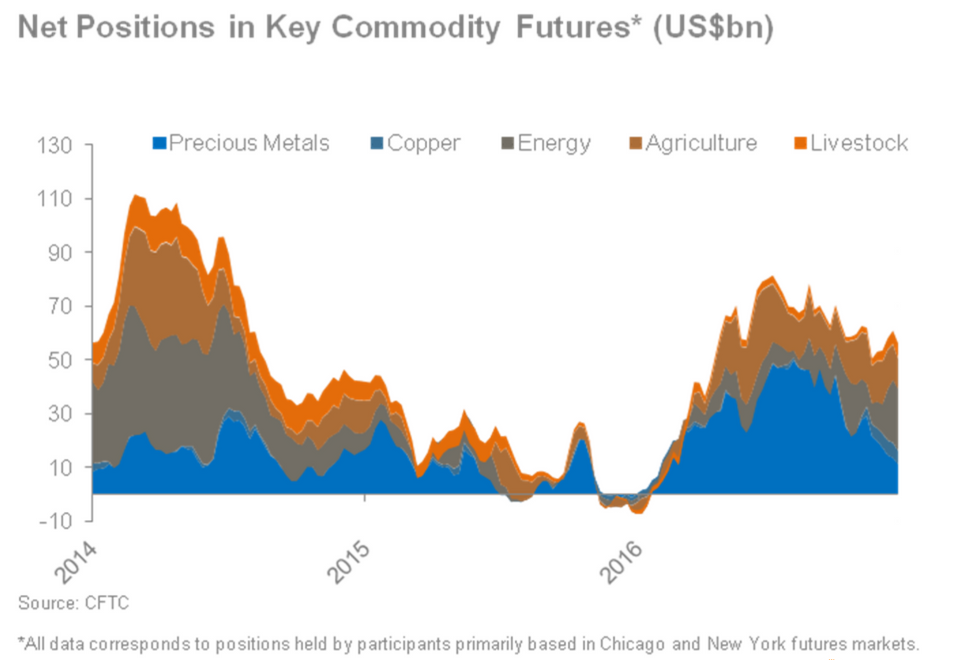 While China helped buttress commodity prices for a good part of the year, Donald Trump’s election victory helped provide tailwinds at the end of the year.

The ‘Trumpflation’ trade — a bet on fiscal stimulus, faster rate of inflation and a more hawkish stance by the Federal Reserve System — was a key theme benefiting the dollar, US equities and industrial commodities.

Precious metals, however, capitulated on the back of expectations of more aggressive rate rises, offsetting impressive gains made earlier in reaction to the Brexit referendum.

Following the rollercoaster ride for commodities over the last two years, is it now safe to assume that the market bottom is behind us? Here are four important factors to consider in 2017.

The recovery of energy prices in 2016 certainly provided support to commodity prices over the year. The global consensus on reducing oil output has been a major positive outcome from the OPEC meeting in November.

We are of the view that Saudi Arabia will continue to be in favour of rebalancing the market until the next OPEC meeting in May.

If this translates into further increases in energy prices, mine production costs may rise. Assuming all else is equal, this will reduce the scope for prices to fall without hurting producers’ margins.

However, the dollar is on the rise again, with the dollar index up by almost 4% in the last two months of 2016. The renminbi, on the other hand, slumped by almost 7% against the dollar over the year.

While this has yet to be fully reflected in the base metals complex, a strengthening dollar could offset bullishness in the commodities market.

A robust labor market, alongside an upward trending inflation rate in the United States, has brought its economy closer to the Federal Reserve System’s longer term goals, which call for a normalisation of interest rates.

As a consequence, yields on long term U.S. bonds are rising again (see chart), resulting in a sell-off in bonds. As the bond rally comes to an end, investors will be seeking to reallocate their cash into alternative vehicles.

In this Great Rotation of asset allocation, where will cash be funnelled?

Equities have been the main beneficiary thus far, but we think commodities could also revel in this opportunity.

Equities appear to be expensive now, having benefited from the uninterrupted trend of accommodative monetary policies globally in the past six years.

The S&P 500 Index for example, has seen its PE ratio steadily increase from 15 to 20 in the past four years, and is currently at a 12-year-high.

Commodities, by contrast, have not experienced the same extent of price distortions from the bouts of monetary easing and look cheap despite their strong showing in 2016, as prices have only returned to early 2015 levels.

Interest in fiscal stimulus among developed economies is growing as monetary policies alone have not appeared to be as effective in returning economies to pre-financial crisis growth levels as had been anticipated.

Trump has been an avid supporter of such initiatives, vowing to raise infrastructure spending in the United States; a sentiment echoed in Europe to the extent that monetary policies from the European Central Bank alone are not sufficient to stimulate the economy.

Meanwhile, the government of Japan has approved a host of fiscal measures to revive its economy, of which infrastructure spending is a key element.

Should momentum in this area continue to build, it will translate into a source of demand for commodities. This is an area to watch in 2017.

While the global economic recovery is expected to continue in 2017, political developments around the world will be keenly watched.

After a wave of anti-establishment voting in 2016, attention now shifts to elections that will take place in Europe this year. How Britain triggers Article 50 and negotiates its exit from the European Union is another uncertainty.

Meanwhile, the policies of the Trump administration, and how it engages with the rest of the world, will also have clear implications on the U.S. economy and global trade at large.

China will be holding its National Congress in the autumn, an event that will see a reshuffling of top leadership positions. These events could introduce volatility into the markets in the short term, while reshaping the political and economic landscape in the longer term.

Considering all these factors, we are mildly bullish on commodities’ prospects in 2017.

There could be some benefit from the Great Rotation on asset allocation, alongside potential fiscal stimulus, which may provide a further boost in demand for industrial commodities. In the precious metals complex, the market looks oversold at the moment following the Trump victory.

While expectations of reflation could be justified, the markets appear over exuberant at the moment, and thus over-bearish on precious metals. Hence we believe there is already room for gold and silver prices to start to recover ahead of any fiscal stimulus taking effect.