Australia is setting the pace on digital identity, though concerns remain over privacy protection and digital inclusion. Ahead of the Australian Regulatory Summit on 11 April, we look at how this progress is being achieved.

In 1985, the idea of a national identity card was raised for Australia as a means of bringing together government services under a single umbrella to tackle issues such as welfare fraud and tax avoidance.

Legislation was then put forward in 1986, but met with significant opposition, and ultimately, the “Australia Card” was shelved.

World-Check gives you the tools you need to help meet your due diligence obligations. Find out more

In the years that have followed, Australia has flirted with national identity schemes, but none have taken hold.

Today, as in many parts of the world, Australians use a variety of means to confirm their identity, such as the `100 Point check’, depending on the type of transaction being conducted, and following new standards and guidelines.

Having spent several years observing the evolution of digital identity across the world and particularly in Australia, I and others at our company have become students of the market, consumer attitudes, the government response, and quite simply, the opportunity that digital identity provides.

I have recently spent another week across both Canberra and Sydney, meeting with a variety of people on the topic at the federal and state government level, with banks, payment providers, and the technology community.

While Australia, like many countries in the world, has had a start/stop relationship with identity, it feels to me that the stars are aligning as a result of a number of factors: 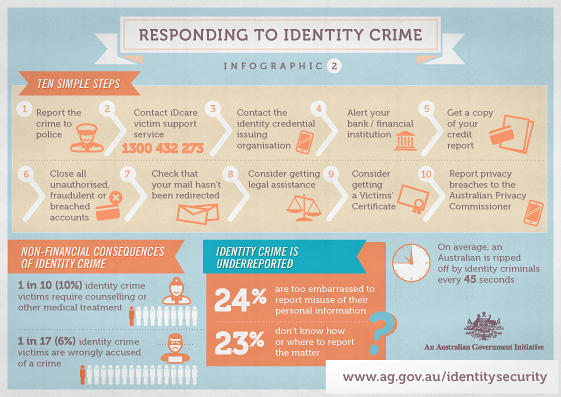 Clearly there are going to be headwinds along the way.

Most notably, a delicate balance must be maintained between protecting consumer privacy and maximizing the potential value of digital identity initiatives and capabilities such as the government’s new Face Verification Service.

While Australians are already embracing features such as Apple’s FaceID and voice biometrics in their smartphones to access both government and banking services, they have the right to demand transparency around how these services are used and how their information is managed.

This balance is precisely what I think Australians will require and expect from digital identity frameworks in the future. They will demand the ability to better control how their attributes are used, while respecting that certain regulated transactions — such as crossing a national border or opening a bank account — will require the submission of a set of mandatory information.

Importantly, considering Australian citizens who lack access to the latest mobile devices, service providers must establish secure mechanisms for identity proofing at all physical points of contact (for example in bank branches or government service offices), both at the time of onboarding and for each future transaction.

What does the future hold?

The future holds great promise for the establishment of robust digital identity frameworks. I foresee an evolution from the ‘sledgehammer’ approach we take today to one that is much more use-case specific.

As an example, to purchase alcohol legally, a person will typically provide some form of legal documentation, such as a driver’s license, to a shop clerk.

However, in that moment, he or she is actually sharing information in excess of what’s necessary.

The shop clerk only needs to verify three things at the time of purchase: Is the person of legal age (not their birthdate); does the photo approximately resemble him or her, and is the document being held in possession actually valid.

They don’t need to know his or her name, address, or any additional details listed on the license.

Such an over-sharing of information will be much easier to address when we move from paper/hard card licenses and documents into the digital age, where attributes will be verified against golden source databases such as those held by the government, banks, or telco providers.

While challenges continue to exist, Australia is, without question, set to lead the world in the digital identity space.

Citizens, governments and companies are ready to leverage the current positive market climate around digital identity, and embrace the opportunity to better protect against identity fraud, preserve consumer privacy, and grow the economy as a result.

Navigate the complex layers of the digital identity space