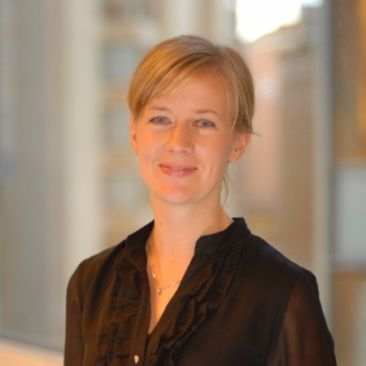 Europe’s greenhouse gas emissions continue to decline, even though the price of allowances in its cap-and-trade permit system remains low. Our carbon team considers the latest figures.Emissions regulated under Europe’s carbon market fell for the sixth straight year in 2016, mainly due to plunging coal power generation and rising renewables deployment.

Last year’s decline came despite the price of carbon allowances falling to the lowest level since the inception of the European Emissions Trading Scheme (EU ETS) in 2005.

With the current oversupply in the EU ETS there is no need for costly additional abatement to be triggered. The current price level in the EU ET is far below the €20-30/t needed to trigger key abatement measures like fuel switching from coal to gas in most countries.

The cost of emitting one tonne of CO2 into the atmosphere was on average 5.4 euros/tonne in 2016, a figure that has fallen further in the opening months of 2017.

Some 45 percent of Europe’s greenhouse gas emissions are regulated by the ETS, which is the bloc’s flagship policy to cut emissions by charging for the right to emit CO2.

The ETS is the world’s first major carbon market and still the biggest.

The ETS caps the emissions of around 11,000 power plants, factories and airlines, forcing them to surrender one carbon permit for every tonne of carbon dioxide emitted annually by the end of April of the following year. The scheme is now in its third phase, covering the period 2013 to 2020.

In this Q&A, analysts from the Carbon Team use their EU ETS database of emissions from installations, sectors and countries to consider the latest trends.

Lower emissions from power generation and industry (the two main sectors included in the EU ETS) were in line with the declining trend over the last 10 years.

The 2.8 percent decline in emissions took place even though the European economy grew 1.8 percent, confirming the trend of emissions decoupling from economic growth.

Emissions in the EU ETS sectors amounted to 1752 metric tonnes (MT) of CO2 equivalents, which represents almost half of total European emissions. The power sector continued to drive the lower emissions trend, declining by a sizeable 4.4 percent to 967 million tonnes of CO2.

Electricity consumption was mostly flat from the year before, but plunging coal power generation and rising renewables deployment were the main reasons behind the decline.

Industry, on the other hand, is struggling to achieve emission abatements under the EU ETS due to the current low prices.

Emissions from industrial manufacturers fell by only 0.8 percent to 786 Mt, largely unchanged from levels seen 10 years ago.

The lower industry emissions were mainly the result of reduced overall production in the metals sector after the closure of the SSI-owned Redcar steel works on Teesside in northeast England.

Q. Which country saw the greatest reduction in carbon emissions?

The most striking change in 2016 came from the UK power and heat sector after carbon emissions fell 23 percent.

Due to a top-up carbon tax of 20 euros/tonne in the UK, the price on carbon emissions is five times higher in the UK than the rest of Europe. This incentivizes electricity producers to switch to cheaper gas and renewables generation.

Germany was the largest emitter in the EU ETS, producing more than twice as much as the second biggest country, Poland.

In fact, the biggest single producer of carbon emissions in Europe is the Belchatow coal power plant in Poland. This massive 5 GW power station emits around 37 Mt of CO2 per year, which is similar to Norway’s total fossil fuel emissions.

Q. What progress has been made towards emissions targets?

Emissions in the EU were reduced by 22 percent between 1990 and 2015, while the economy grew by 50 percent over the same period.

Should this trend continue, the EU will surpass the target for 2020 of 20 percent lower greenhouse gas emissions compared to 1990.

However, commitments made as part of the Paris climate change agreement mean it now wants to reduce emissions by at least 40 percent in 2030 compared to 1990.

It hopes to achieve this from tightening the EU ETS for the period after 2020 with binding emissions targets for sectors outside the ETS for the period 2021 to 2030. The EU’s emission-reduction efforts will soon include land use and forestry.

Find out more about Commodity trading at your command

Q: How can carbon emissions fall when the price of allowances is at a record low?

The UK example shows that putting a price on carbon works.

Thanks to rapidly improving energy efficiency, and higher shares of renewable energy, the greenhouse emissions target has already been surpassed.

Since 2006, total energy demand in Europe has been declining and the share of renewable electricity generation has increased from 16 to 31 percent.

The result of overlapping policies has been a mounting oversupply and a depressed price of European CO2 allowances.

For the EU ETS system to drive further emission abatements, EU policymakers are working on measures to tighten the supply side coming into the fourth phase beyond 2020.

Get accurate news, extensive exchange and specialist price data, exclusive fundamentals, a global community, and more – for efficient energy trading, and all in one place