What MiFID II issues lie ahead for Europe? 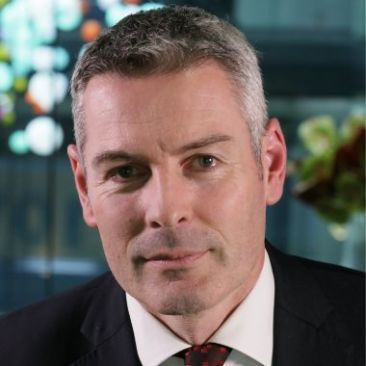 For many in Europe, the first five months of this year have been centered around implementation of the Markets in Financial Instruments Directive II (MiFID II), which, as a whole, has gone very smoothly. However, some countries have experienced significant uncertainty because of the delay in implementation of the rules — either in part or in whole.

One can only assume that the irony of holding the Presidency of the European Union while at the same time not implementing its most far reaching financial services legislation was not lost on officials and steps were taken to transpose the legislation fully.

It does highlight one of the European Securities and Markets Authority’s (ESMA) and the EU’s issues however, and may be behind the calls for more centralized control of DSRPs, with this moving to ESMA, and away from NCAs in future, in that the inconsistent application of the rules across 28 — soon to be 27 — countries cannot help in a smooth implementation.

It is not just minor financial markets that have seen delays in the implementation of the legislation however.

Where else is MiFID II causing problems?

Some major European countries, such as Spain, Sweden, Portugal and Luxembourg are part of a group of seven countries that have only partially transposed MiFID II into local law.

Luxembourg, for example, only submitted its relevant bill of law, no. 7157, in February, well over a month after the legislation came into effect.

If implementing MiFID II wasn’t difficult enough, responding to new regulation by press release must leave some in Luxembourg either very relaxed or very tense over enforcement.

Spain on the other hand took the route of issuing a Royal Decree on 29 December 2017 that transposed aspects of the MiFID II regime relating to trading venues (regulated markets, multilateral trading facilities and organised trading facilities), a key aspect of the directive.

The decree did not cover all aspects of the MiFID II regulation but, rather like Luxembourg, Spain took the view that the other parts were directly applicable from 3 January 2018.

It is still unclear as to exactly when the countries that partially implemented the rules intend to finish what they have started.

The general practice at the moment would tend to be one of investment firms and venues in those jurisdictions adhering to European law in precedent to local law.

It will be interesting to see what issues this may cause when the two come into conflict. For firms managing complex legal liabilities, uncertainty is their enemy, especially if an incident or irregularity occurs.

Of greater concern perhaps are the two countries that so far haven’t even partially transposed MiFID II.

Romania and Slovenia have multilateral trading facilities (MTFs) registered on the ESMA website, not only for equities but also for bonds.

No doubt this will ultimately be corrected. For example, the Autoritatea de Supraveghere Financiara (ASF) in Romania announced in January that the legislation was in the final approval phase before going through parliament.

This lag in transposition has created a knock-on effect, which is deferring the full impact of MiFID II.

It means uncertainty prevails in some places but not others when the aim of the rulebook was to harmonise behaviour across Europe.

There has been much talk from the regulators, for example Steven Maijoor from ESMA said that the industry better be ready having had an extra year to prepare for MiFID II.

After all that, this is an example of where the regulators and the legislature have fallen behind, not the industry.

A look at the impact of 2018's MiFID II across the entire financial spectrum, from the strategic, future-proof partner of proven trusted data