The #MeToo movement and a flurry of high-profile accusations have highlighted the prevalence of sexual harassment, particularly in the workplace.

Such behavior can have a significant emotional impact on victims, with a recent Stop Street Harassment study reporting 31 percent of women and 20 percent of men reporting anxiety or depression following an incident of sexual harassment.

A recent study suggests, however, that sexual harassment also may have negative financial consequences, especially when a victim experiences such behavior early in his or her career.

Thomson Reuters Compliance Learning can provide your teams with the tools and knowledge to prevent sexual harassment in the workplace. 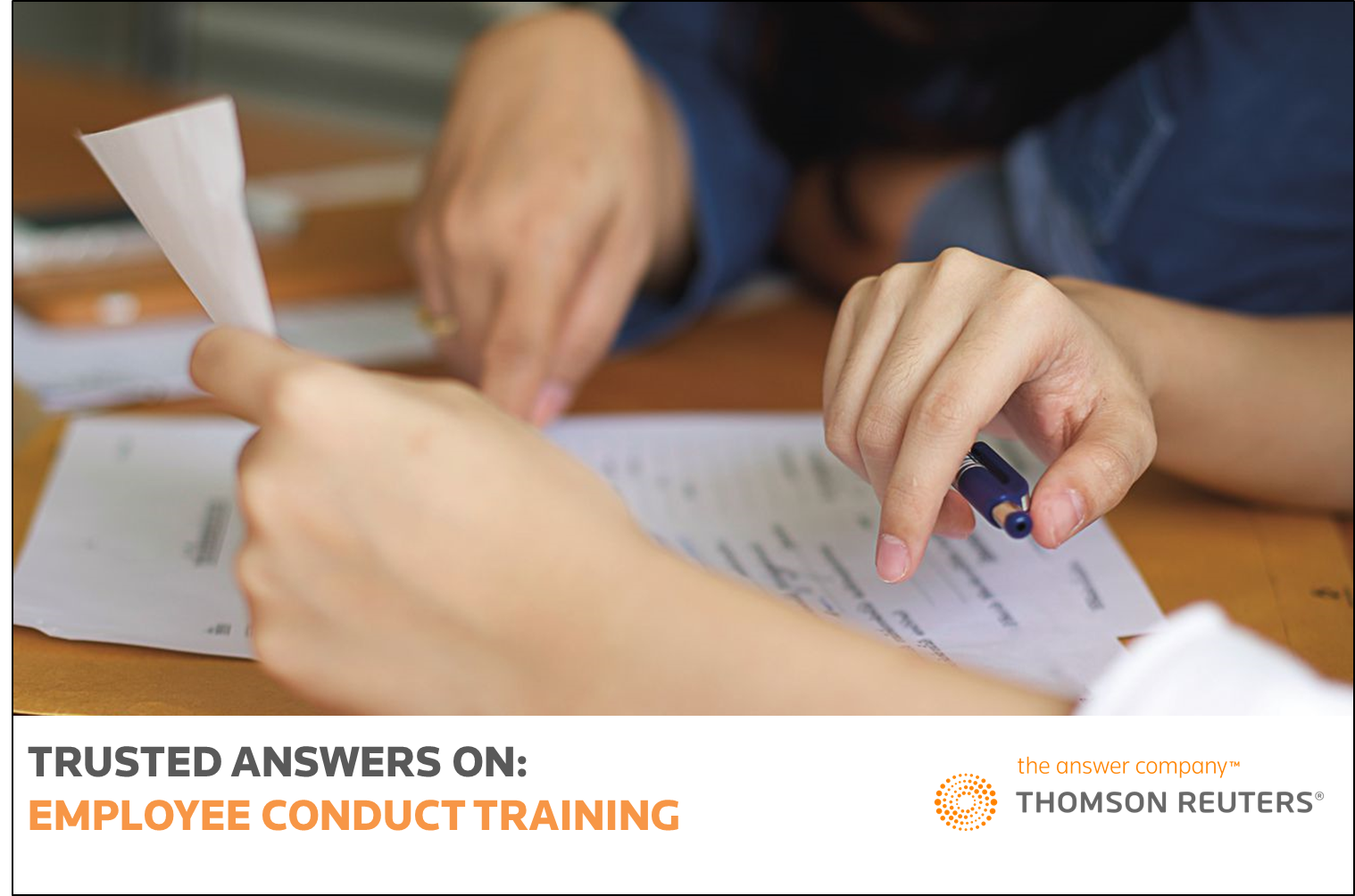 A report in the journal Gender and Society sought to determine how sexual harassment in the early stages of a woman’s career impacted her financially.

Researchers used data from the Youth Development Study, including in-depth interviews and survey data of 1,105 women over a 23-year period from adolescence to adulthood.

They conclude that sexual harassment can significantly alter women’s ability to attain their career goals, with increased financial stress from changing jobs to escape harassment cited as a primary factor.

The report states that while most women’s earnings increased throughout young adulthood, women who experienced harassment saw their earnings either stall or decline.

Researchers highlight the reasons behind this as being “career disruption, as harassment targets were especially likely to change jobs”.

In fact, women who were sexually harassed are 6.5 times more likely to switch jobs than those who were not harassed.

Excuses are not acceptable, train your employees on appropriate behavior in the workplace with Thomson Reuters Compliance Learning 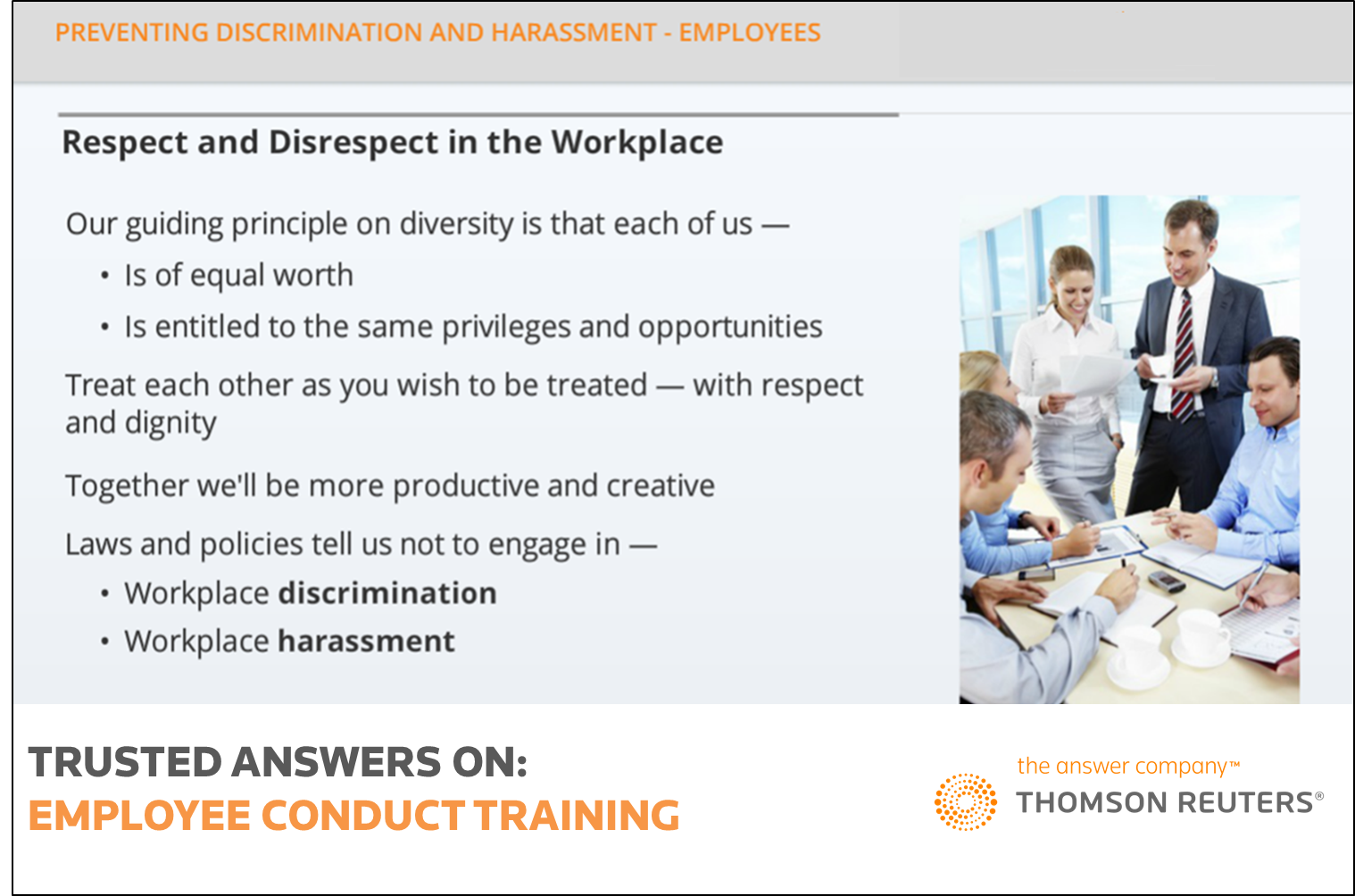 Sexual harassment victims usually find it difficult to stay in the job where the harassment occurred.

Some women are forced to leave when an employer retaliates by firing or penalizing an employee for reporting sexual harassment or otherwise trying to stop it.

This could include denying a promotion, demoting an employee or other harm to the victim’s standing within the company.

Many women face sexual harassment so severe they quit. In the male-dominated tech industry 1 in 10 women experienced unwanted sexual attention; 55 percent of those left the job because of such attention.

Many of these women changed industries, avoiding those dominated by men, usually in lower-paying, service-oriented industries.

Leaving a position also interrupts a woman’s career momentum, forcing her to start over in terms of seniority and establishing the kind of relationships that can lead to better opportunities. 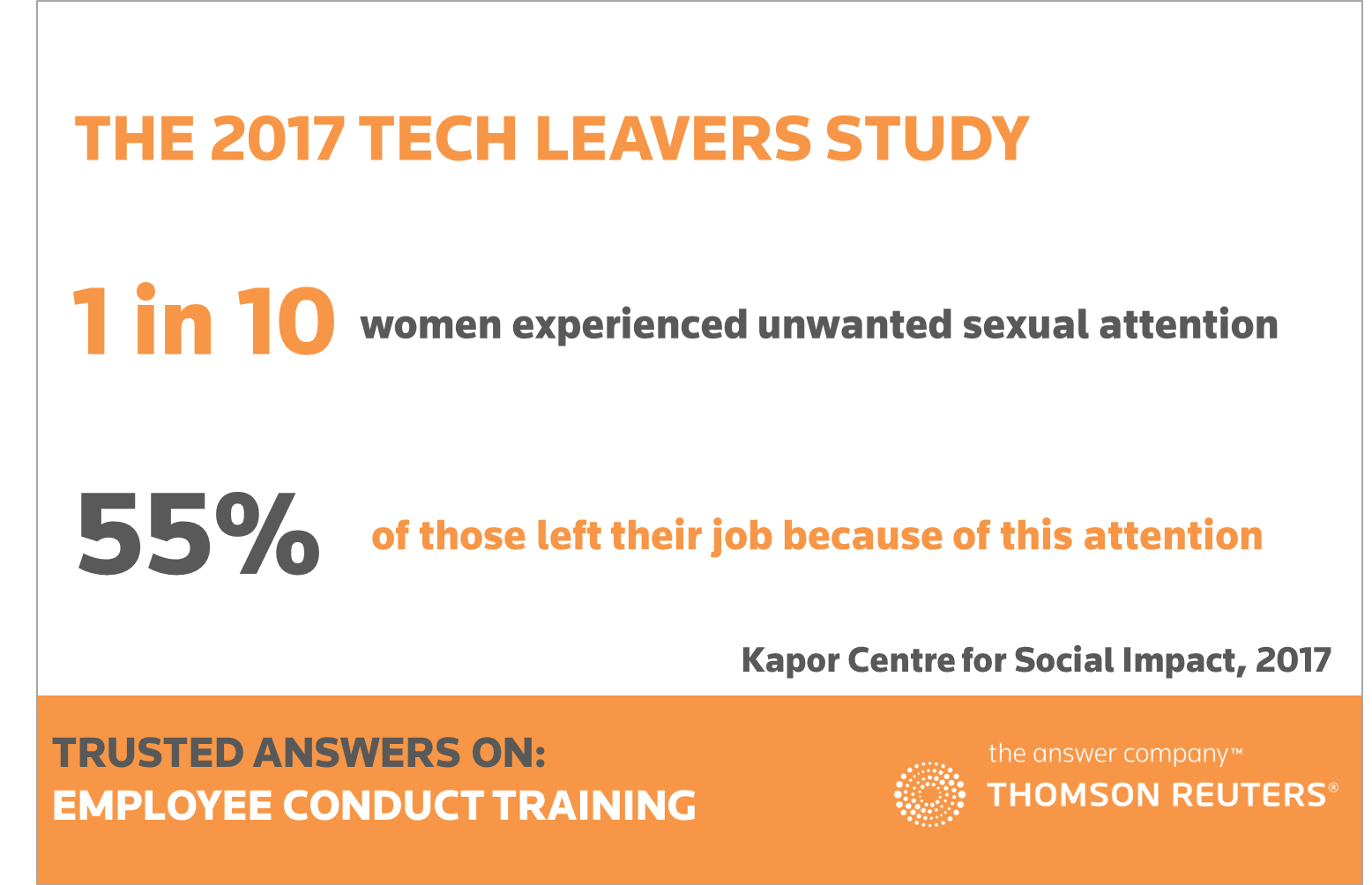 Victims who do not leave their job often cut their hours, work part-time or change shifts to avoid their abuser or reduce time spent in what they view as a hostile environment.

Finally, all victims are more prone to experience lower confidence levels following abuse or discrimination, leading dips in their professional performance — whether in an existing job or in a new position — impeding their careers further.

Although sexual harassment has been a mainstay of the workforce for as long as women have participated in it, it has taken a number of high-profile allegations to bring it to the public’s attention.

A November 2017 national Pew poll found that two-thirds of the Americans polled indicate these allegations reflect a widespread societal problem, rather than isolated incidents of individual misconduct.

A recent Gallup poll supports this view, with 69 percent of respondents stating that sexual harassment in the workplace is a serious problem in this country.

Employers must respond to this heightened scrutiny by ensuring they have policies and procedures in place to foster a positive organizational culture. This includes ensuring all staff can recognize instances of inappropriate workplace conduct, as well as how to identify and confront these situations.

Thomson Reuters’ Preventing Sexual Harassment and Discrimination training course is an easy and effective way for employers to reduce their risk of legal liability for violations of workplace discrimination and harassment laws, while creating a more inclusive, harmonious workplace.