Why it is time to standardize Know Your Customer (KYC) 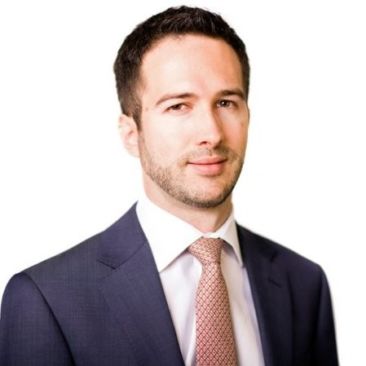 The management of Know your Customer (KYC) information has long been a labor intensive affair for both financial institutions and corporates in the due diligence and client onboarding world.

The necessity for some form of standardization of the KYC process is long overdue to help streamline KYC. KYC legislation has increased exponentially over the past decade.

Fines of monumental proportions have been levied on financial institutions for not having sufficient controls in place to conduct the mandatory level of customer due diligence needed.

These fines that have hit the big banks and corporates invariably end up as media headlines across the world.

We are watching you

In November 2015 the UK Financial Conduct Authority fined a British bank more than £72 million for weak KYC and AML due diligence controls.

The Reserve Bank of India fined 13 banks in July 2016 for what they termed as “violation of regulatory directions/instructions/guidelines, among other things, on KYC norms.”

In September 2016 the Financial Supervisory Commission (FSC) of Taiwan imposed fines of between US$126,159 and US$189,239 on seven domestic banks for not performing adequate “know your customer” checks.

The Financial Conduct Authority (FCA) has fined Deutsche Bank £163 million, the largest fine it has imposed for AML failings. It found the bank failed to maintain an adequate AML framework from the beginning of 2012 to the end of 2015, the result of which was that unidentified customers used the bank to transfer around $10 million of finds of unknown origin from Russia to offshore bank accounts.

Regulatory authorities throughout the world have taken similar action. There is no denying the industry is being closely watched and action taken on those who transgress.

Time for a solution

In response to this very real issue in July 2016 three South African banks (Barclays Africa, Rand Merchant Bank and Standard Bank of South Africa) partnered with us to co-champion the formation of the South Africa KYC Managed Service.

To find out more about the KYC challenges South Africa faced, please read more in the SA KYC and Client Onboarding report.

This managed service offers a central, secure portal where corporates and buy-side firms can share their information with their banks.

This model could well be the blueprint for the future for localized but centralized KYC documentation management, in a world where data-security has become a main focus.

On the global front the segment is still evolving and we are ideally positioned to be the best in class with our diverse client base from top multinational financial institutions, asset managers and corporates already using its award winning KYC managed service.

In addition the upcoming acquisition of Clarient, a leading global KYC Managed Service, into the Risk Management portfolio has further extended our global footprint with a firm foothold in North America and including a number of multinational Financial Institutions.

Setting the standard with trusted providers

Now more than ever in our fast paced world a truly global trusted and proven KYC Managed Service is needed for business to continue to grow and flourish, and one which will satisfy the mounting demands of legislators, and regulators alike.

Reg Tech and FinTech may well be the current industry buzzwords, but KYC as a Service, could well prove to be the must have for business and financial services now and in the near future.

We understand that to Know Your Customer (KYC) is serious business, because compliance is not simply an option or a nice-to-have