Adjusting for the optimism of the sell-side analyst

It’s human nature for a sell-side analyst to be overly optimistic when a company is doing well. How does StarMine adjust for these biases to ensure the buy-side receives accurate, long-term earnings forecasts?

A sell-side analyst, like everyone else, is susceptible to the very human trait of being overly optimistic. Unfortunately, this can lead to skewed estimates and forecasts of growth and returns in the companies they cover.

So how do we account for the differences in analysts’ estimating capabilities and correct for their biases in order to ensure accurate valuations?

Tim Gaumer, Global Director of Fundamental Research, elaborated on this during a session at our second annual buy-side summit in Hong Kong entitled ‘‘Analyst Performance Measurement and Improving Equity Valuations’’.

Tim introduced StarMine — a suite of advanced analytics that, among other things, evaluates every sell-side analyst worldwide.

He also explained how we track analysts’ performance to determine who is best at forecasting each company’s results and how it weeds out inherent biases from valuation models. 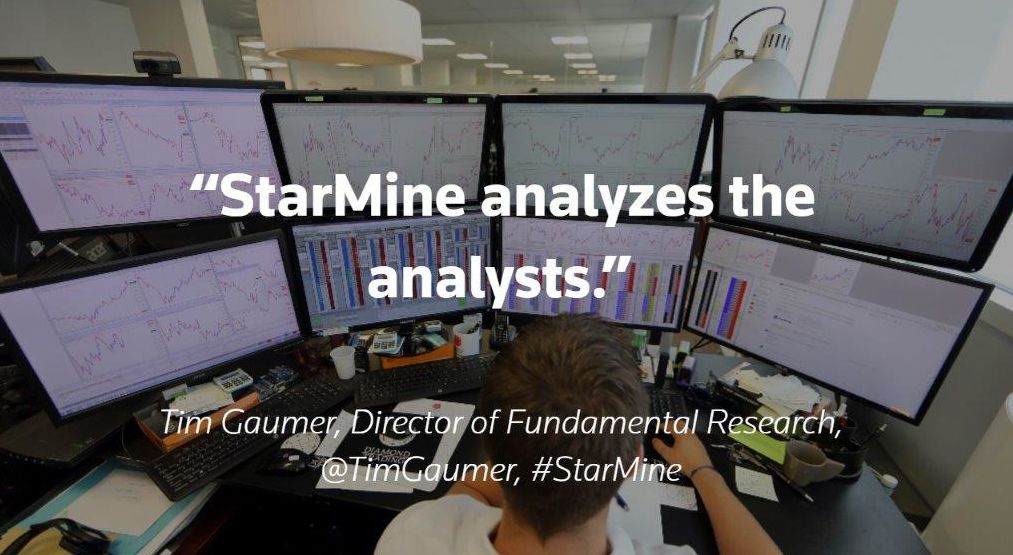 “StarMine analyzes the analysts,” Gaumer said. “It’s important to be able to evaluate analyst performance, and StarMine gives insights into which sell-side analyst to pay more attention to — or pay more money to.”

The value of this unique data in the context of MiFID II and research unbundling is obvious.

StarMine rates every sell-side analyst who submits estimates to I/B/E/S using a percentile ranking, and its analyst scorecards are integrated into the Eikon desktop platform.

To get a five-star rating and be among the world’s top 10 percent of analysts, Gaumer noted, they must:

StarMine continues to track analysts as they change firms.

“The reason this matters is that unlike disclaimers that past performance is not a predictor of future results, with this test, whatever is the analysts’ secret sauce, they are unlikely to lose it,” Gaumer said.

“Our top-rated analysts are four times more likely to remain five-star rated than drop to a one-star rating.” 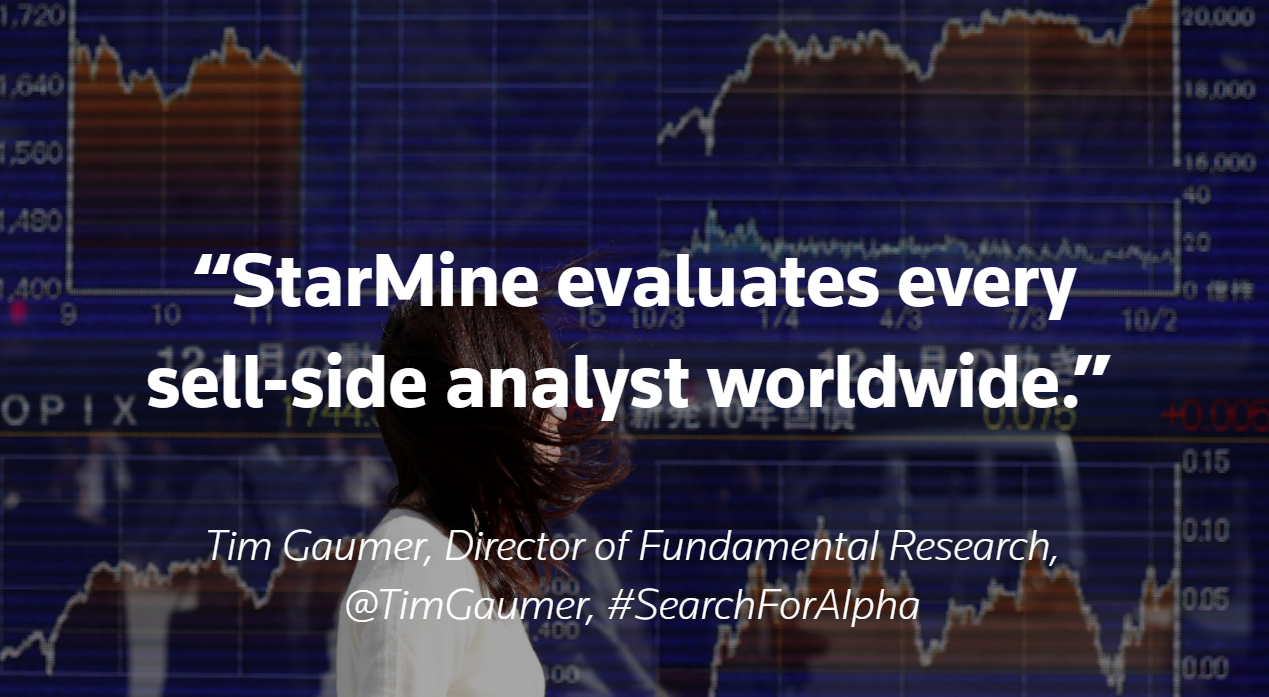 He reviewed the power of the Predicted Surprise, which is the difference between the I/B/E/S consensus view and the SmartEstimate, in predicting companies that will have negative earnings announcements.

Globally, 48 percent of companies miss earnings, so predicting which ones will miss is like tossing a coin.

But by using the StarMine Predicted Surprise, investors can accurately predict negative earnings surprises 73 percent of the time.

This 25 percentage point improvement from random chance is significant, and proves that the StarMine’s Predicted Surprise is a valuable tool for both alpha generation and managing risk.

So why do analysts succumb to optimism bias?

It has nothing to do with conspiracy and collusion between the companies and analysts; instead, it has to do with human nature, Gaumer noted.

“We see a tendency for humans to be overly optimistic… it also explains a lot of the bias we find in analysts’ forecasts,” he said, citing studies that show, among other things, how people overestimate their ability to finish projects on time, and fresh graduates expect higher salaries than they might realistically get.

To correct this bias, StarMine recognizes analysts’ tendency to not fully account for “reversion to the mean” — where abnormal growth rates and returns taper out over time. 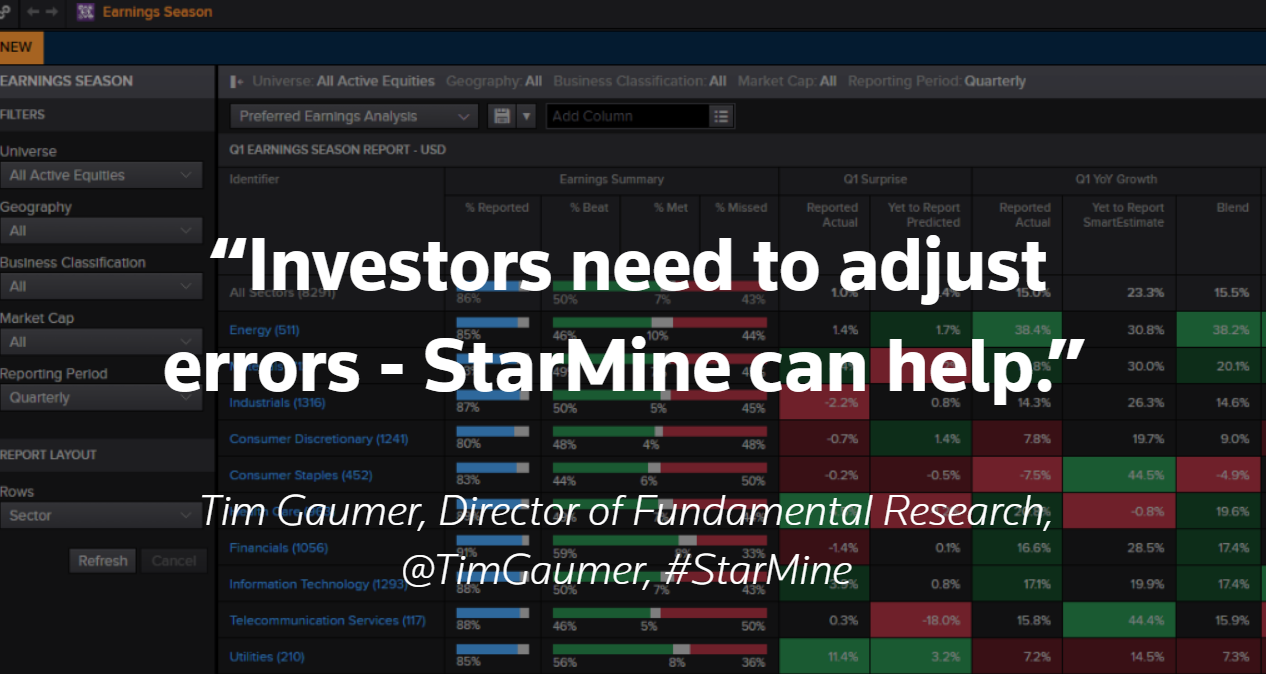 A lot of this optimism bias can be attributed to analysts extrapolating a trend too far into the future, assuming that companies will continue to grow that way for longer than they actually do, explained Gaumer.

The fact that analysts are fairly accurate while forecasting for companies growing at a moderate pace, and for near-term forecasts, underscores the trend, he noted.

The bias extends in the other direction too, he pointed out, noting that research showed slow-growing companies tended to grow twice as fast as analysts’ predictions. This illustrates analysts also run the risk of being too pessimistic, so investors need to adjust for that, too.

This conservative, more accurate long-term earnings forecast is then used to build a superior intrinsic valuation model that works to value both fast-growing and slow-growing companies.

But identifying companies that grow faster or slower than an average company is only half the job, Gaumer observed.

“The other half is figuring out how much of that growth is already priced-in.

You want to have a benchmark for your expectations… compared with the market expectations.

StarMine’s Market Implied Growth calculation is one of the few places you can go to for that information.”

How can you make your investment research smarter and faster? StarMine can help