Overcoming the barriers to cloud adoption 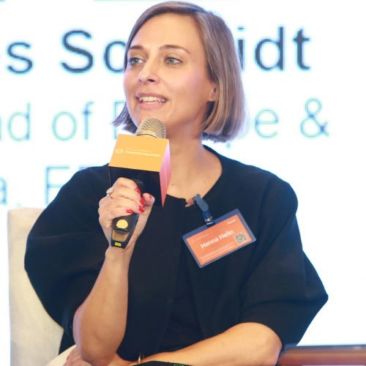 Migration to the public cloud continues to gain momentum. The Refinitiv Public Cloud Investment Barometer – 2019 Report analyzes this progress, including the way financial services companies have been overcoming barriers to cloud adoption.

The Refinitiv Public Cloud Investment Barometer — 2019 Report, which surveyed 300 senior financial services executives, reveals that several of the barriers to cloud adoption are proving to be less of a challenge this year.

The biggest operational barrier to investment in the public cloud identified in this year’s survey concerns the hurdle of short-term targets, in particular the challenge of migrating fully from legacy infrastructure within strict timelines.

Businesses need to keep the legacy infrastructure and new public cloud running side by side for a period of time. However, companies are learning from the experience, and with time, becoming better at managing this aspect and driving direct revenue impact.

Many respondents also highlighted incompatibility with traditional network security tools as a challenge. This was the second biggest operational barrier to cloud adoption in 2019.

Compliance concerns, which were the number one operational barrier in 2018, dropped to third in 2019. The lack of public cloud expertise has fallen from second to sixth in the list. 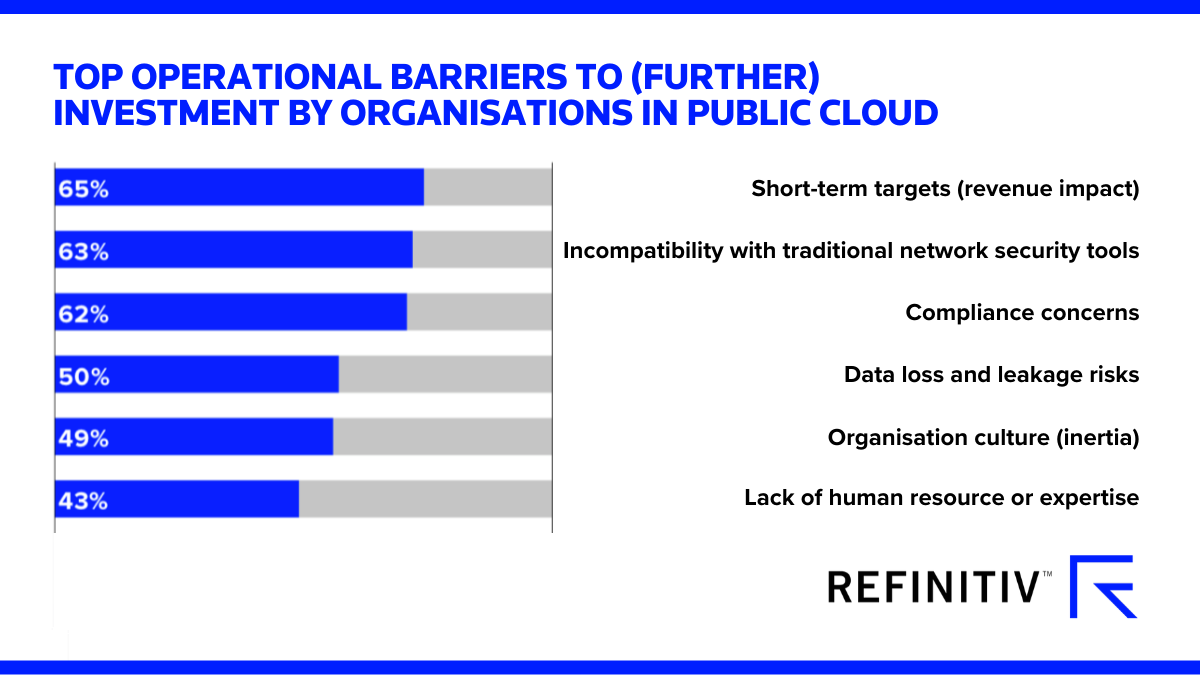 A shift in the barriers to cloud adoption

Ongoing challenges explain why full migration to the public cloud is taking longer than many firms originally expected. Some of the key findings around the shift in operational barriers show that firms are simply better at recognizing the limitations of moving to a public cloud environment.

According to #Refinitiv's Cloud Report, what percentage of IT budgets will be invested in public cloud in 2020? #reInvent https://t.co/w0viJcIIMC

Overall, firms are learning from previous projects and getting more clarity on the issues that need to be resolved. 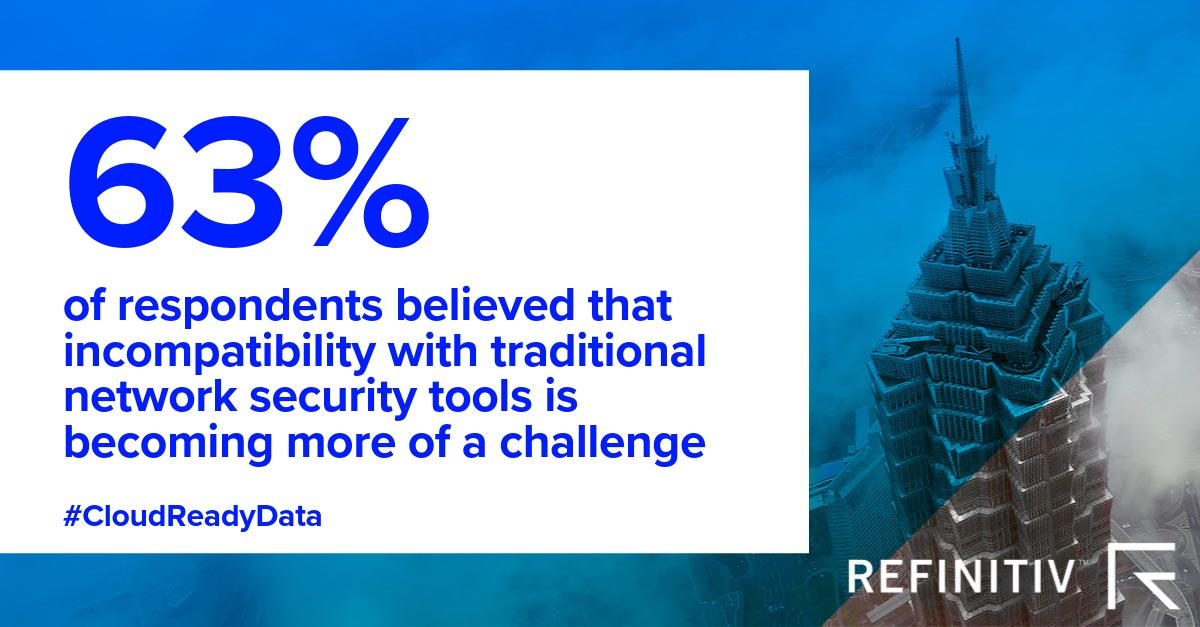 The size of a firm may also affect the type of operational issues it faces, with smaller financial firms benefiting from being more nimble.

This is reflected in the report’s findings concerning how transformational firms expect public cloud adoption to be in the coming decade.

Barriers to cloud adoption are not likely to disappear overnight. However respondents are backing the cloud and acknowledge that it will change the industry.

Some 40 percent of respondents think it will be significant for firms, with a further 24 per cent describing it as transformational.

Organizations that are willing to learn from the experience and manage challenges well will have a real opportunity to drive business better and be more profitable.

Quickly access real-time data from the Cloud, with minimal installation and setup, using our cloud APIs

Find the data you need to make confident business decisions 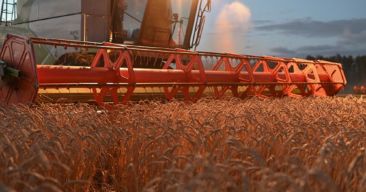