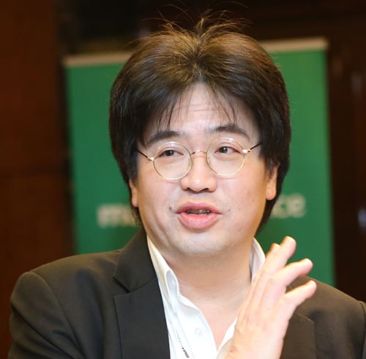 The negative oil price shock caused by the collapse of the WTI crude benchmark happened with U.S. production still gushing. Without mandatory cuts to output, will the country’s oil industry be able to shore up prices?

The collapse of the U.S. benchmark WTI May contract into negative territory follows the U.S. government’s refusal to regulate oil production and impose mandatory cuts, despite calls to do so during the recent G20 meeting that led to historic cuts of 9.7 million bpd by the OPEC+ alliance.

In the week of 19 April, the U.S. was still producing vast amounts of crude at 12.2 million bpd, according to figures from the country’s Energy Information Administration — down from 13 million bpd in March.

This is still the largest production figure in the world, even in a pre-production cut environment where Russia recorded an average of 11.3 million bpd and Saudi Arabia at 9.77 million bpd for January to March.

The negative price meant that producers have been willing to pay a certain amount of money — US$37.63/bbl at 20 April’s close — to have the oil taken away from them, given that the excess supplies have exceeded the capacity to store them.

This is a consequence of the still-heavy production coming out of the U.S., despite the sharp fall in demand globally and specifically in the U.S., with storage tanks in the country filling fast and running out of capacity.

But it is important to note that this was only for the May contract, which expired on 21 April. The June contract has still been positive at around $20/bbl, signaling that this is a very short-term issue, for now.

The contract expired a day later back in the black, albeit at a very low level of $10.01/bbl.

It remains to be seen if the June contract will similarly fall into negative territory as it approaches expiry at the end of May. It fell by nearly 50 percent in just two trading sessions, from around $20/bbl on the day the May contract went into the red to around $11/bbl by 22 April.

It had rebounded to around $17/bbl on 24 April, following statements by the U.S. government that it is looking to bail out the industry by providing loans and to buy up the surplus crude to be stored in its strategic reserves (SPR), but fell again to under $11/bbl by 28 April.

Storage tanks in Cushing, where physical deliveries of WTI cargoes are made, are over 70 percent full and expected to be at capacity sometime in May.

Inventory levels across the country continue to build.

The latest official figures show a 15-million barrel build for the week ended 21 April, on the back of a record-high stock build of 19.2 million barrels just a week earlier, with levels at just over 500 million barrels, its highest since July 2017.

Thus far, the U.S. government has shown no signs of changing from its policy of not imposing mandatory production cuts on its oil producers, and continues to take the approach of allowing natural attrition to reduce production.

In response to WTI falling into the red, U.S. President Donald Trump called the unprecedented fall a “financial squeeze”, adding that it was short-term, and that his administration was considering stopping incoming crude shipments from Saudi Arabia.

Trump has also asked his cabinet to devise a plan to inject cash into the industry by doubling the size limit on loans available to mid-tier energy companies to $200 million-$250 million.

The moves also include working with banks to ensure continued access to credit, given that the firms are estimated to owe more than $200 billion, but the proposal is resisted by the Democrats.

So too is the plan to fund the purchase of 77 million barrels to be placed in strategic storage. The alternative of opening up the SPR’s sprawling salt caverns to store the surplus supplies is marred by logistical constraints and a lack funding, and with not even a single barrel being delivered so far.

Drillers are balking at the government’s offer to take their oil because it is hard for them to move it from inland oilfields to the SPR sites on the Gulf Coast, and because they worry placing it in the reserve could compromise the oil’s quality.

Separately, the state governments of Texas, Oklahoma and New Dakota are looking into curtailing their respective output, with the Oklahoma state government allowing its drilling firms to idle its wells but still hold on to their leases, deeming the surplus oil “economic waste”.

It is unlikely that the malaise that led to WTI falling into the red will extend to Brent — now regarded as the global benchmark — as this contract is mostly cash-settled.

Its U.S. counterpart is physical-settled, meaning WTI buyers have to take delivery of the oil upon expiry of the contract, or roll it into the following month.

Rolling over the contract would require the purchase of the following month’s contract together with the sale of the expiring one. The spread between the two months was increasingly wider in contango as the contract neared expiry, leading to huge losses.

It remains to be seen if the pace of the production fall will be enough to stem the collapse in price, but clearly, the OPEC+ production cuts have proven to be insufficient.