Deal-making in the energy and power industry helped Latin American investment banking fees, although fees are 6.2 percent down on YTD 2018 to US$1.7 billion, in the first nine months of 2019.

LatAm equity and equity-related issuance totalled US$24.7 billion so far during 2019, a 53 percent increase year-on-year to the highest level since YTD 2013.

Electrical power company Enel Americas was the largest equity issuer to the end of Q3, raising US$3 billion in follow-on finance.

As a proportion of overall equity issuance, initial public offerings fell from 50 percent to just one-tenth of the market, with newly listed businesses raising just $2.6 billion in the period. 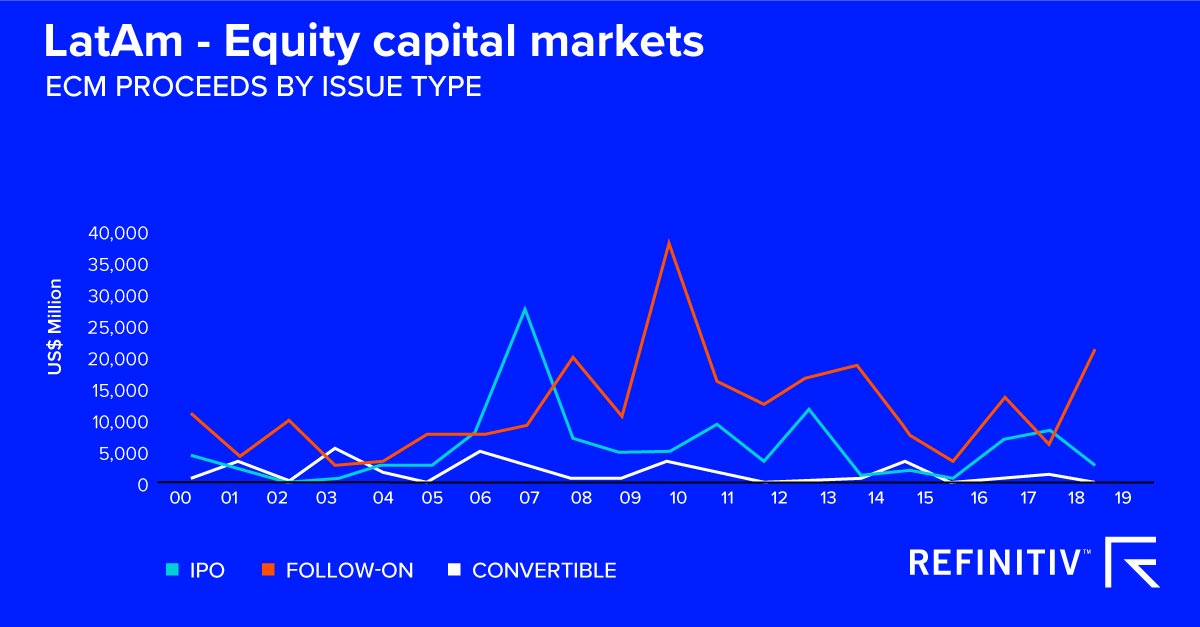 Energy and power was also the most active M&A target sector, accounting for one-third of the market. This wasn’t enough to stop overall corporate acquisition activity in the region falling 35 percent to $62.1 billion – a four-year low. 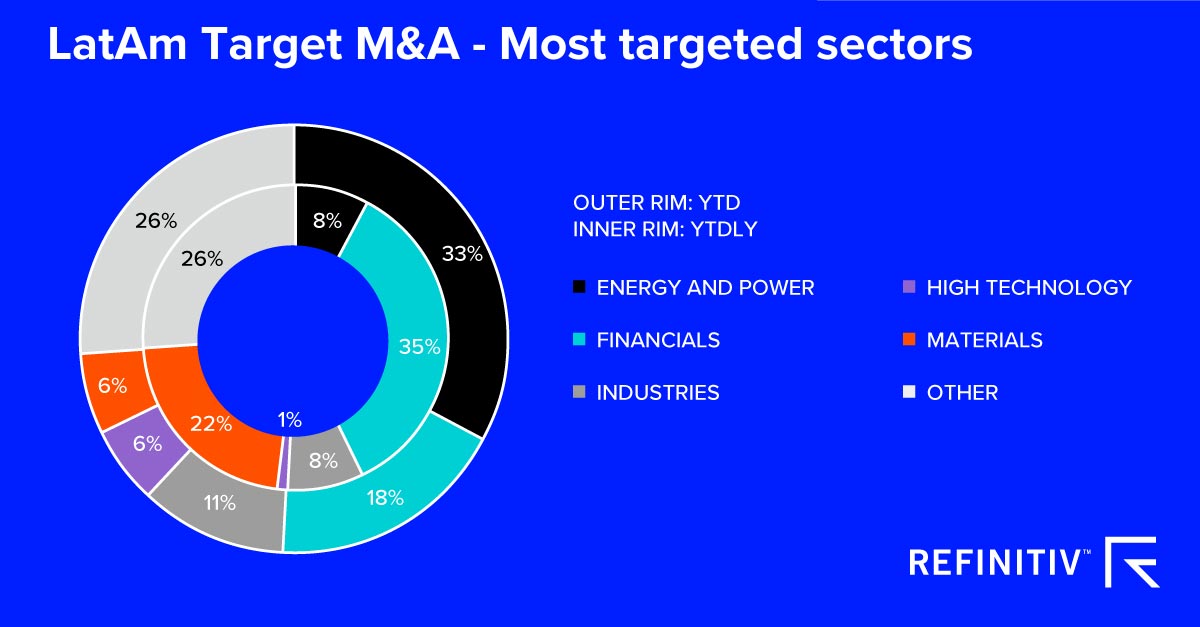 Fee income from M&A has fallen 26 percent since the same period last year, to $456 million. Citi is currently the lead adviser on M&A with any Latin American involvement, followed by Morgan Stanley and Bank of America Merrill Lynch.

Mexico is the largest debt issuer by country, with $32 billion raised so far, followed by Brazil and Chile. The largest single raise was by PEMEX, the world’s most indebted oil company. 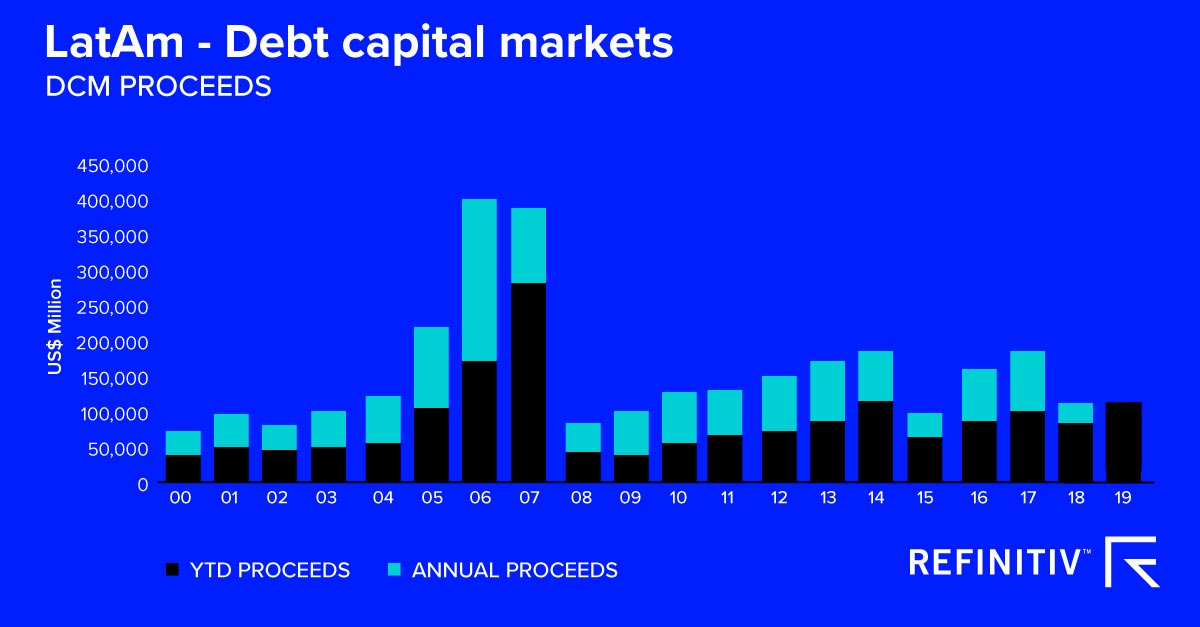 Discover how our league tables and reports can help you analyze market trends and assess the changing competitive landscape.