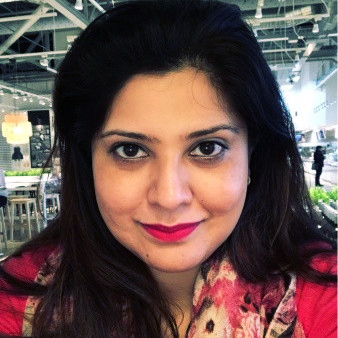 With 17 high-caliber guests, the Global Markets Forum on Eikon Messenger showcased the best of Davos 2019 with interviews on topics including Brexit, trade wars, and the U.S. government shutdown. Read the 'LiveChat' transcripts and join the conversation.

The Swiss ski resort of Davos — though covered in a thick blanket of snow — was blessed with sunny weather throughout the fourth week of January. This was mirrored by the upbeat discussions held during the 2019 World Economic Forum annual meeting.

Trade wars were a major talking point, with U.S. President Donald Trump and Chinese President Xi Jinping conspicuous by their absence. The gathering of dignitaries also deliberated on initiatives to address the challenges brought about by Globalization 4.0 and the Fourth Industrial Revolution.

For our seventh consecutive edition from Davos, the Global Markets Forum (GMF) welcomed guests at the town’s library, which had once again been converted into a bustling news operation and television studio for the week.

Amid the cold but beautiful weather, the GMF hosted a record 17 high-caliber guests in an action-packed week. Among them were two G7 finance ministers, the IEA executive director, seven company officials, a former Brexit minister, and the President of Serbia.

The full list of participants and links to transcripts of their ‘LiveChat’ interviews are below:

Conversation in the GMF flowed around Brexit, trade wars and emerging risks to the global economy, as well as the shale revolution in the United States and its impact on energy markets, the ethical deployment of artificial intelligence, and the future of digital and contactless payments.

These discussions gave guests and members alike the unique opportunity to ‘greet and meet’ as well as exchange ideas and ask pertinent questions emanating from the #WEF19 agenda.

Some of the notable comments made on the forum included one by Anthony Scaramucci, a former White House aide, who told GMF members that the U.S. government’s partial shutdown might be enough to tip America’s economy into recession if it runs for longer than a month. 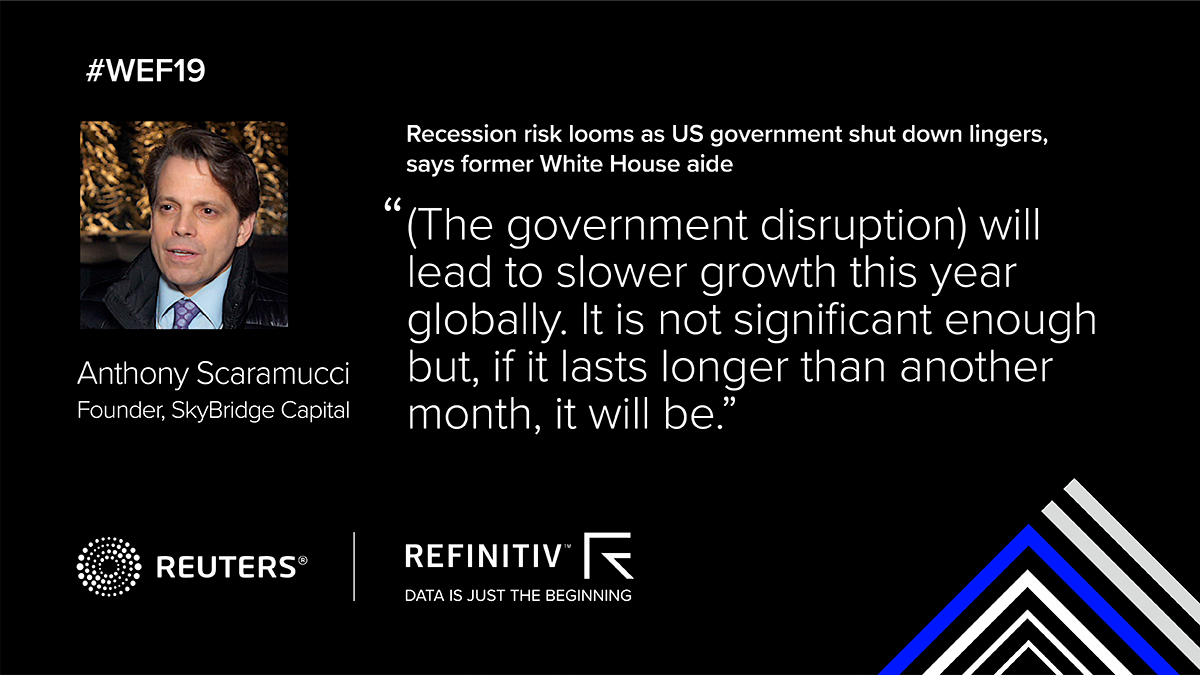 George Oliver, chief executive at Johnson Controls International, said that he was seeing a slowdown in automotive production in China, while Yichen Zhang, who is the chairman and CEO at CITIC Capital, said the investment company is raising a new US$2 billion-plus fund to bolster its ability to do more deals.

And Madhur Deora, CFO of Indian digital payments company Paytm, told the GMF that it is considering foraying into one or two developed markets in 2019, and that the company is working on building a scalable business.

Revisit all the GMF ‘LiveChats’ from Davos in Eikon Messenger

It was also interesting to hear what some of our guests, including Australian finance minister Mathias Cormann, former Brexit minister George Bridges, Jean-Philippe Courtois of Microsoft and Gilberto Caldart of Mastercard, said about their GMF experience.

They called our format unique and said they would be happy to join us again.

Interesting discussion with @divyachowdhury from @Reuters last week @wef to discuss the impact of blockchain and how companies like @Maersk are using it to ensure full authenticity across the complexity of the network https://t.co/m3Om4pBR0w 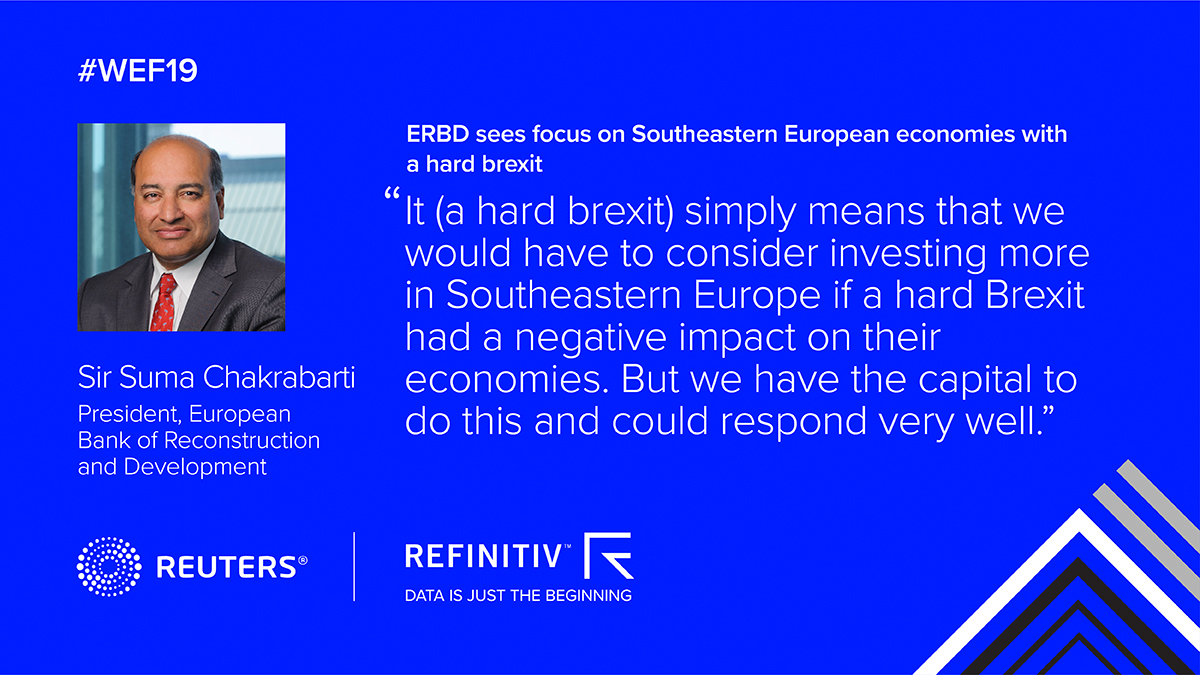 The Future is Now Series: The Global Markets Forum at Davos 2019 — ESG

As the U.S.-China trade wars continue and the Brexit situation develops, join us in the GMF on Eikon Messenger to catch all our exclusive live coverage and guest ‘LiveChats’ hosted by experienced Reuters journalists.

If you are already an Eikon subscriber or have an Eikon Messenger standalone account, simply request GMF access.

Don’t have Eikon Messenger? Sign up, it’s free. Registration is easy and takes only two minutes to complete. 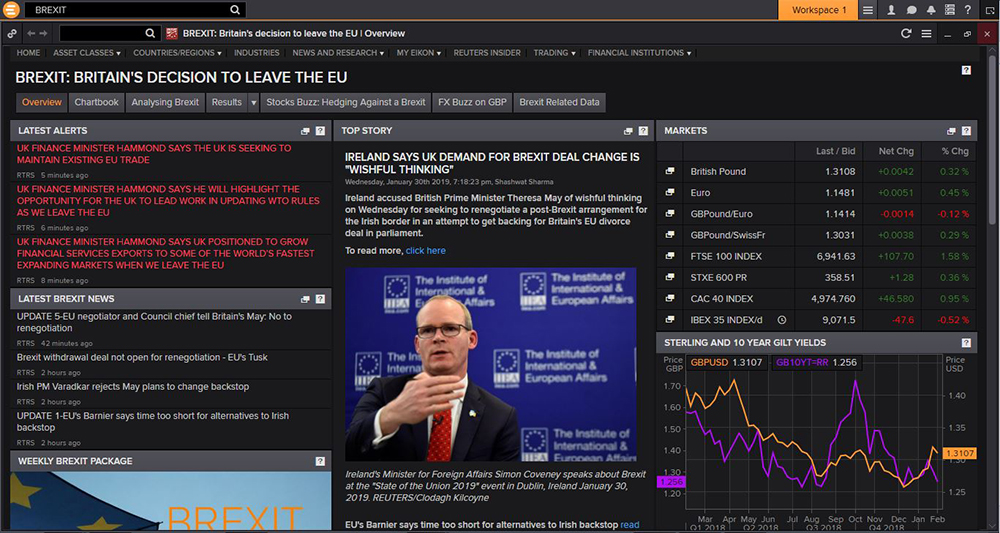 Eikon users will also be able to access more exclusive coverage and top stories from Reuters as well as streaming video content available in our [BREXIT] App.

Don’t have Eikon? Register for a free trial.

Moderated by experienced Reuters journalists, join us in the GMF as we bring you to the heart of the Davos debate and on-location coverage of one of the biggest global events of the year

Access the power of the crowd. Connect to the world’s fastest-growing community of verified financial industry professionals