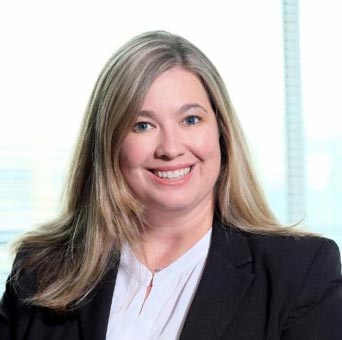 Elections, such as those held recently in South Africa and Nigeria, mean a period of heightened investment risk in the #SearchForAlpha. Find out how impartial Reuters coverage in our Decision Africa app in Eikon is helping to ensure investors don’t have to worry about fake news when evaluating country risk.

It’s now easier than ever to invest in foreign countries and for active investors to search for alpha in more interesting places in order to beat the competition.

But as international investing becomes the norm, this pursuit of a diversified stock portfolio presents the need for robust methods for evaluating country risk.

Investing in countries such as India or South Africa, for example, is very different from more established markets, especially if there’s an information gap to overcome.

Asset managers must continually monitor risk factors for the countries they are invested in, particularly during enhanced political risk events such as elections.

Access to news and analysis on the elections impacting their investment returns is crucial, but information from enhanced political risk countries can often be misleading and delayed, especially in politically-charged environments.

Refinitiv addresses this challenge through Eikon tools such as our Decision Africa app, or the Decision India app in place for the country’s recent elections.

The coverage gives investors access to the most comprehensive portfolio of news and data relevant to making informed decisions during election seasons.

Countries considered fragile and prone to conflict present unique challenges when it comes to electing a new president, often associated with recurring or new political violence.

Countries where we have recently seen violence associated to election times include Kenya, Zimbabwe and Nigeria.

All three of these elections received special coverage in Refintiv’s “Decision Africa” app and Refinitiv’s clients with access to this app would have been receiving continuous Reuters news on the latest happenings before, during and after the elections. They also had access to trusted market data for these countries.

The most recent of these elections was the Nigerian poll in February.

The elections were postponed by a week and in some areas the vote was delayed further by a day due to political violence. Scores of Nigerians were killed.

The last three Kenyan elections were also marred by political violence. The Kenyan crisis of 2007 and 2008 erupted after former president Mwai Kibaki was declared the winner of the presidential elections.

Even though 2013 saw relatively more peaceful elections, the situation remained tense with isolated incidents of violence.

Kenya’s 2017 elections also saw conflict and the initial results were annulled and a new election date set, which further prolonged the political uncertainty in the East African country.

Investors tend to adopt a “wait and see” approach when it comes to investing in countries just ahead of their elections.

The charts below show that investors either held off on investing or reduced some local holdings in anticipation of an increase in political risk.

As well as equity investors taking a “wait and see” approach, investment banking activity drops as fewer deals are done in M&A, equity and debt capital markets, and syndicated loans.

Companies also tend to hold on to their cash ahead of election times, waiting for any uncertainty to stabilize before making major corporate decisions.

False and defamatory news has been highlighted as a major issue over the last couple of years, especially when it comes to reporting on elections. It is crucial for investors to have access to real and trusted business, financial and international news.

By incorporating Reuters news into the Refinitiv “Decision” apps, we overcome this challenge and focus on supplying investors with the correct instead of false news.

In a world where investors are investing more money in foreign assets, it is vital for investors to be able to monitor country risk effectively, especially during election times.

In a world where investors are investing more money in foreign assets, it is vital for these investors to be able to monitor country risk effectively. This is especially true during times of increased country risk, such as at election times.

Investors tend to take a ‘Wait and See’ approach before committing funds during these times of uncertainty, and it is key for investors to get live updates on what is happening during uncertain times in foreign countries where they have vested interests.

2019 is an important year for elections in emerging markets. Nigerian, South African and Indian elections have already been held this year, while there is still plenty of action to come that will need to be monitored.

Mozambique and Namibia go to the polls in October 2019, and investors will need to keep a close eye on what happens when the likes of Ghana and Ivory Coast vote in 2020.