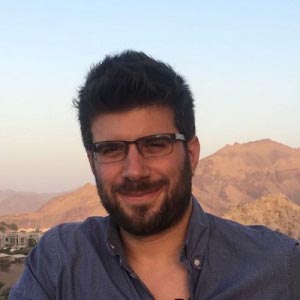 Davide Barbusci explores the reaction among economists and strategists about Fed tightening, and their analysis of the potential impact on the economy.

To view this story on Refinitiv Workspace, click here.

NEW YORK, Jan 26 (Reuters) – Laser-focused on how aggressive the Federal Reserve will be in tightening policy, some U.S. investors and strategists are starting to worry about what may seem a distant threat: a sharp economic slowdown or even the next recession.

Investors have been unnerved in recent days about the potential for a more hawkish Fed than previously expected. Some are concerned an aggressive interest-rate-hiking cycle, combined with a reversal of the U.S. central bank’s bond-buying program, could cause too sharp a slowdown.

A hawkish stance by the Fed, which concludes its latest two-day policy meeting on Wednesday, has pushed up short-term rates, flattening the closely followed yield curve on U.S. Treasuries.

“I am intently focused on the yield curve,” said Matthew Nest, global head of active fixed income at State Street Global Advisors. “The only way the Fed can bring down inflation is to slow demand… and in doing so, it risks causing a recession or a sharp slowdown in growth.

“This dynamic is causing the yield curve to flatten and increasing strain in risk markets more broadly.”

The yield curve between 2-year and 10-year notes flattened to less than 75 basis points on Tuesday, Jan 25, the smallest gap since Dec. 28.

U.S. benchmark 10-year yields retrenched this week as stocks tumbled, which was partly seen as a flight to safety but gave a measure of the delicate tightrope the Fed faces as it plans to start draining pandemic stimulus liquidity from the markets to fight surging inflation.

“The markets seem to be pricing concern about a localised, relatively short-term inflationary problem that results in Fed action that is ultimately damaging to the economy,” said Michael de Pass, global head of U.S. government bond trading at Citadel Securities.

David Kelly, chief global strategist for J.P. Morgan Asset Management, said last week in a research note that Fed tightening could lead to a correction in financial markets, though he said if this were to result in a U.S. recession it would be “shallow and short-lived”.

The fears may seem distant as the economy has been regaining speed.

According to a Reuters survey of economists, growth in 2021 could come in at 5.6 percent, which would be the fastest since 1984. The economy contracted 3.4 percent in 2020.

Gary Black, manager of the Future Fund Active ETF, said while just four to six weeks ago people “were worrying about too much growth”, they are now “worried that they’re nearing the R word”, pointing to the move in the small-cap Russell 2000 index, which fell more than 20 percent from its record closing high on Nov. 8, before it reversed to move higher.

“That’s the schizophrenic nature of this market,” said Black.

Tobias Adrian, director of the International Monetary Fund’s Monetary and Capital Markets Department, said while there was some talk in the market about recession due to the yield curve’s flattening, it was not expected.

“We are expecting growth continues, slowing in coming years but positive,” Adrian said. The IMF on Tuesday lowered its economic forecasts for the United States, China and the global economy.

Larry Fink, chief executive of BlackRock, the world’s largest money manager, warned last week of the risk of a possible curve inversion in case of a fast pace of monetary policy adjustment by the Fed to curb inflation.

The last time the yield curve went negative, which historically has been an indicator that a recession will follow in one to two years, was in 2019. The coronavirus-driven U.S. recession lasted only two months, ending with a low point in April 2020.

Still, some investors said the rally in U.S. Treasuries over the past few days was a normalisation after yields spiked too quickly since the beginning of the year, and that economic data do not point to an impending risk of recession.

“The market got ahead of itself and started pricing in a very aggressive Fed, and the curve flattened out a lot sooner than it would in prior cycles,” said Subadra Rajappa, head of U.S. interest rate strategy at Societe Generale.

For Guneet Dhingra, head of U.S. interest rate strategy at Morgan Stanley, the curve flattening has been exacerbated by demand from pension funds on the back end of the curve.

“I don’t worry about the recession fear, based on the recent curve flattening. I do think it’s more a function of technicals than fundamentals,” he said.