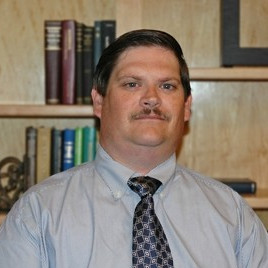 Power generation in the United States is greener and more reliant on gas than ever before, but what will the fuel mix look like in 2022? IIR Energy’s Britt Burt analyzes the data.

The power and electricity segment of United States is going through a period of rapid change.

Not only is technology driving a transformation across power generation to consumption, policies and politics are having an equal say in deciding the future direction.

Over the last decade, more than 50,000 megawatts (MW) of coal-fired generation have been retired.

Most of these units are relatively old (built before 1960) or small (less than 300 MW of generating capacity). In addition, tens of thousands of megawatts of other coal-fired generation plants have been converted to burn natural gas.

As of 2017, nearly one-third of all power generation in the U.S. was from coal-fired power stations.

However, this number is expected to fall over the coming years with advancements in the renewables sector picking up speed. Also, natural gas is set to continue the upward trend in the overall fuel mix.

The shale revolution, propelled by hydraulic fracturing and horizontal drilling, has led to the extraction of record volumes of natural gas from unconventional formations that were previously thought to be uneconomic.

As a result, gas prices for electric generators are about one-third of what they were 10 years ago, which has helped gas win market share from coal.

Wind costs have declined by more than two-thirds over the last decade. Solar has also declined, though it is earlier in its cost-reduction journey than wind.

Over the next five years, as coal and nuclear become less attractive fuel options, we predict the “dash to gas” and the “rush to renewables” will become an outright stampede.

Gas-fired generation is expected to add about two points of market share while renewables’ share of the fuel mix will rise by about five percentage points.

If electricity storage projects can be deployed at scale over the next five years, renewables’ share of the U.S. electricity mix is expected to gain even more market share, most likely at the expense of coal and nuclear.

Cost-effective electricity storage could be the answer to the age-old rhetorical question about renewables: “What happens when the sun doesn’t shine and the wind doesn’t blow?”

This is supported by our U.S. Power App that provides unrivaled speed on translating raw weather data to forecast energy output from renewable generation.

Efficient energy trading, and all in one place

From news to analysis, fundamentals to forecasts, Eikon brings together all the relevant information you need in a single intuitive desktop