Unpicking the surge in grain and oilseed prices 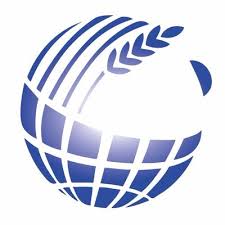 Grain and oilseed prices have marched steadily higher in 2018, breaking the narrow range seen at the end of 2017. Ahead of its two-day London conference, the International Grains Council (IGC) explains the factors behind the surge.

The IGC Grains and Oilseed Index (GOI), a daily trade-weighted measure of international price movements, shows that average values have increased by around 12 percent since January.

This strength has been attributed to a mixture of weather worries, logistical constraints and solid background export demand.

There have been some notable headwinds for grain and oilseed prices, not least due to concerns about the future of the U.S.-China trade relationship. While tensions have de-escalated more recently, with authorities in China terminating an anti-dumping probe into U.S. sorghum imports, the exact terms of the latest agreement remain unclear.

Gains in maize (corn) FOB prices have been especially marked, rising by more than one-fifth so far in 2018.

Support has stemmed mainly from production woes in Argentina and, more recently, in Brazil, contributing to a spike in overseas demand for U.S. supplies.

The boost in exports has resulted in some tightening of the U.S. balance sheet in recent months and, while carryovers are expected to remain ample at the end of the current marketing year, the scene could be set for a much sharper drawdown in 2018/19 stocks.

As highlighted in the IGC’s latest Grain Market Report (GMR 488), published on 24 May, world maize inventories are predicted to drop to a 5-year low by the end of 2018/19, with reductions in the major exporters and in China.

Against this backdrop, traders have been mindful of the predicted drop in U.S. acreage and this year’s later than normal start to spring plantings.

Wheat quotations have increased by around 15 percent since January.

A punishing drought across large parts of the southern U.S. Plains has been a near-constant source of support, generating heavy speculative and technical fund buying at times in local futures markets.

More recent advances have also been associated with emerging weather difficulties in other key suppliers, most notably a drier trend across the Black Sea region, including in southern Russia, as well as difficult conditions for winter sowing in Australia.

While market direction is currently mainly being driven by supply side considerations, the demand side cannot be ignored. Food use is expected to be the main driver of consumption growth next year, with global trade in 2018/19 (July/June) seen rising by almost 1%, to 177m t (metric tonnes).

Feed barley export values have registered similar-sized gains to wheat and are up by around one-third compared to a year ago, buoyed by relatively bullish supply side fundamentals and a strong pace of buying, including by Saudi Arabia, China and Iran.

Getting ahead of the market: Global Crop Outlook Summer 2018

World soybean prices have rallied in 2018, with the IGC GOI sub-Index up by 13 percent. Dwindling crop prospects in Argentina underpinned the rise, given that the country is the dominant exporter of soybean products.

This manifested itself in traders building sizeable net-long positions in U.S. futures. In contrast, and capping the upside, conditions in Brazil were mostly favorable, with the 2017/18 outturn likely to be a new record. Additionally, well-documented concerns about the future of U.S.-China trade were a bearish influence at times, although there are signs that tensions have eased more recently, leading to upward price pressure.

After progressing sluggishly in early 2018, the pace of U.S. export sales quickened. Nevertheless, by 17 May, cumulative 2017/18 (Sep/Aug) shipments were still 11 percent smaller than a year ago. 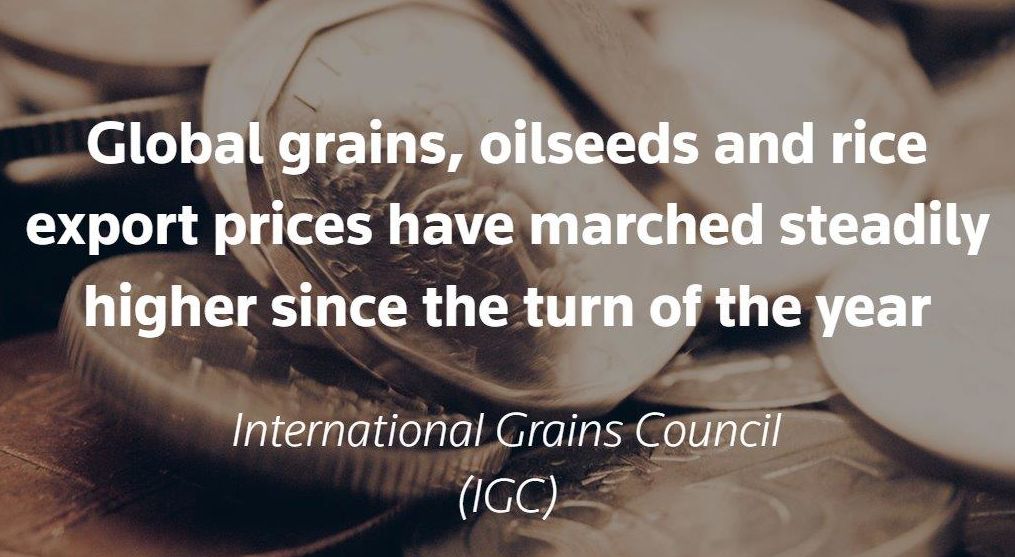 While USDA’s Prospective Plantings report indicated U.S. farmers planned to reduce soybean acreage by one percent in 2018/19, prospects for another bumper crop weighed.

Buoyed by a shortfall in Argentina and initial firm buying interest, Brazilian basis levels surged in early April. However, amid efforts to stimulate international demand following the completion of a huge harvest, and with U.S.-trade tensions easing somewhat, basis levels have since retreated, with FOB quotations broadly at parity with U.S. values.

Despite notable concerns about future demand from China, latest projections from the International Grains Council (see GMR 488) place world soybean trade in 2018/19 (Oct/Sep) at 156m t, a new record on expectations for larger shipments to Asia to meet growing feed and food sector demand. Bigger exports by both the U.S. and Brazil are anticipated.

Average global rapeseed/canola values have advanced by 6 percent so far this year, with recent gains underpinned by crop worries in key producers, including the EU, Australia and Canada. Strength in soybeans was also supportive at times. 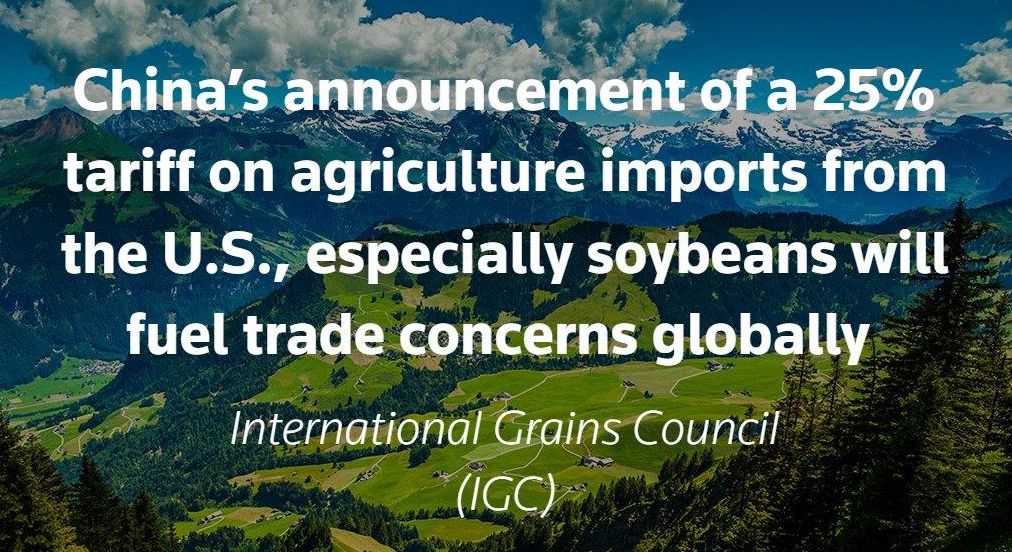 Rice White and parboiled rice export prices have strengthened during 2018, with the IGC’s daily index posting a net increase of 7 percent, with particularly significant gains in Asian exporters, notably Thailand, Vietnam and Pakistan.

Upside was tied to tighter export availabilities, especially in Thailand, where the government liquidated most of its intervention stockpile in 2017.

This year has also coincided with solid demand from key buyers — including Bangladesh, Indonesia and the Philippines — amid efforts to ensure ample local supplies.

While U.S. milled rice prices have advanced, increases have been relatively modest. Nevertheless, compared with a year ago, quotations there are about 30 percent higher on last season’s disappointing crop and thinning export availabilities.

In its latest outlook (see GMR 488), global rice import demand is anticipated to remain elevated in 2018 and 2019 and firm buying interest from Asia and Africa. India is projected to remain by far the largest exporter.