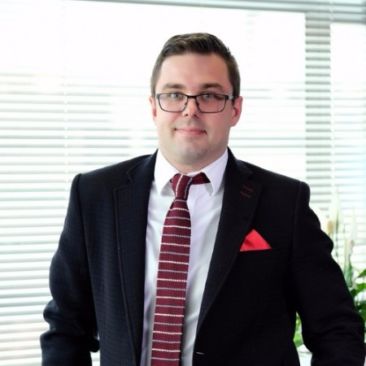 Africa’s fight against financial crime is gathering pace, driven by greater collaboration and the use of innovative tools to thwart corruption, money laundering or human trafficking. How is Refinitiv helping risk and compliance managers to maximize these efforts?

African countries have developed a system of mutual evaluation to assist in the prevention of criminal abuse of their respective financial systems.

One example is the Eastern and Southern Africa Anti-Money Laundering Group (ESAAMLG), which was launched in Tanzania in 1999 by 18 member countries.

ESAAMLG and two other groups — GABAC, and GIABA — were established to combat money laundering and the prevention of terrorism financing by implementing recommendations from the Financial Action Task Force.

In addition, individual countries have their own systems in place that help Africa’s fight against financial crime.

Greater collaboration and innovative tools are helping to #FightFinancialCrime in Africa. What percentage of respondents in sub-Saharan Africa to a recent #Refinitiv report do you think were victims of financial crime in 2018? Read more here: https://t.co/bQ81JC0PjM

For example, South Africa is in the process of implementing the National Risk Assessment and Mutual Evaluation led by the National Treasury of South Africa, which is aimed at strengthening the fight against money laundering and financing of terrorism.

Regulation has also been put in place to ensure effective screening of cross-border electronic funds transfer payments, and the prevention of facilitation payments to individuals on various sanctions and terrorist watchlists.

This is adequately covered in the Anti-Money Laundering and Counter-Terrorism Financing Legislation. In addition, the Financial Intelligence Centre Act is constantly being amended to comply with global resolutions on the prevention of financial crime-related activities. 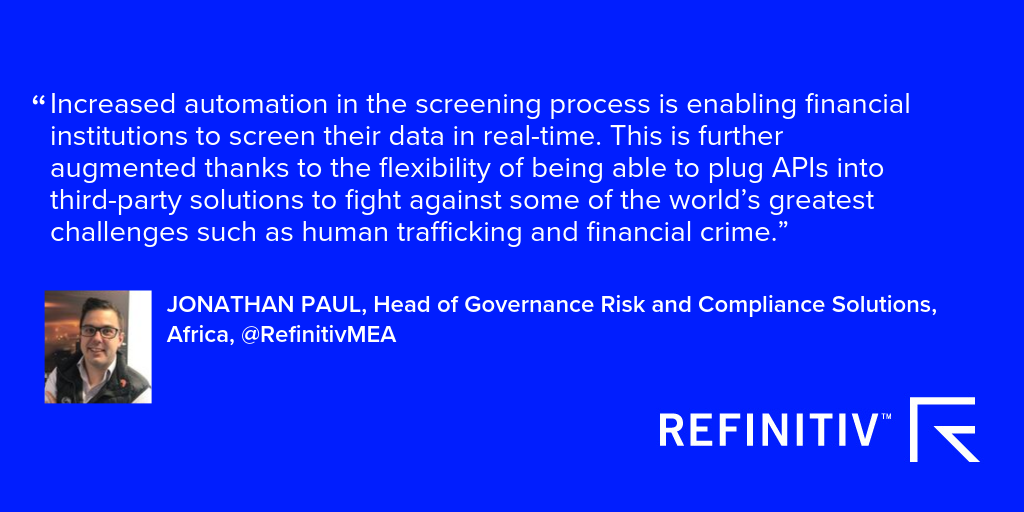 The tools for Africa’s fight against financial crime

In sub-Saharan Africa, Refinitiv has over 400 customers that use the company’s ISAE 3000 certified Risk and Compliance solutions with 100 percent sanctions coverage. South Africa, Kenya, Mauritius, and Nigeria have the largest usage of risk and compliance solutions.

In particular, features such as batch and ongoing screening are regularly used in order to comply with their respective country risk and compliance regulations.

Increased automation in the screening process is also enabling financial institutions to screen their data in real time. 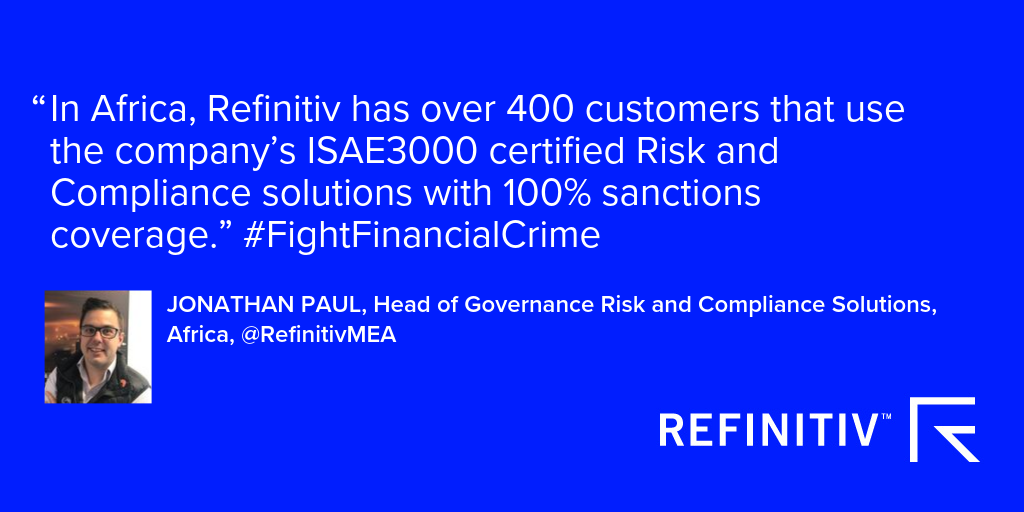 This is being further augmented thanks to the flexibility of plugging APIs into third party solutions to fight against some of the world’s greatest challenges such as human trafficking and financial crime.

Refinitiv’s Revealing the True Cost of Financial Crime report showed that some 53 percent of company respondents in sub-Saharan Africa were victims of financial crime in 2018.

The number of modern-day slaves is also higher than the number of legal slaves in past centuries, exceeding the population of some of the world’s largest cities.

This is why Refinitiv is part of a global coalition to fight financial crime, together with the World Economic Forum and Europol and other organizations, by raising awareness and creating a global standard of co-operation to replace regional safeguards.

The coalition opens up the conversation across corporates, financial institutions, governments and think-tanks on how to tackle financial crime at a coordinated global level. 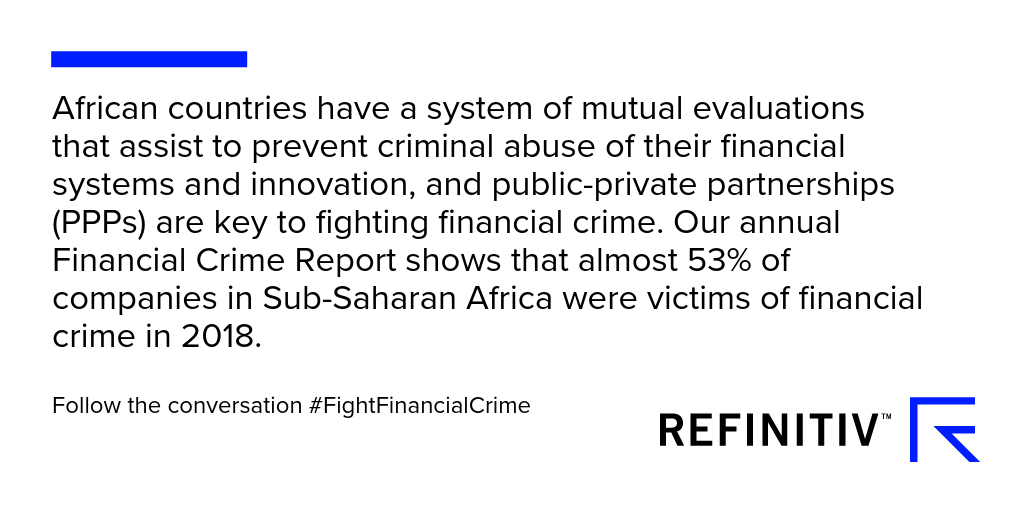 PPPs working together to fight financial crime attracts investment and lowers the cost of capital for international trade. It also protects the financial system from abuse — not doing so comes at a high cost for economic growth, financial inclusion, foreign direct investment and trade.

Their focus is also on looking to ensure Africa’s fight against financial crime is more effective and to make sure that technology solutions are tailored to be relevant for each market.

With the advent of emerging technologies and new collaborations, we can definitely start to turn the tide against financial crime not just globally, but in Africa as well.

Find out more about our extensive, high-quality data and how it powers risk management applications, processes, and workflows that provide solutions to myriad reporting demands for banking regulations and risk, faced on a daily basis