The future of crypto regulation in Asia 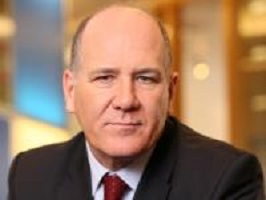 The broad spectrum of crypto regulation in Asia poses a huge challenge for the nascent industry that's already grappling with a reputation for increasing market volatility and financial crime. How can increased regulatory scrutiny and harmonization in the region improve trust in the crypto space?

Bitcoin — Stick A Fork In It — It’s Done

With headlines like that, it’s easy to dismiss crypto assets as a passing fad at best, or as a fraudulent bubble that has burst in a spectacular fashion at worst.

Experts predict, however, that if the industry is able to move beyond the current phase of speculation and volatility, and build more institutional structures, crypto assets have the potential to play a pivotal role in the future of finance.

Key to the crypto space going mainstream, according to a panel I led at the Refinitiv Pan Asian Regulatory Summit last October and a cross-industry dialogue we conducted on crypto assets globally, will be efforts by regulators to supervise the industry without stifling experimentation.

So far, the industry has largely defied international coordination.

This has led to an array of different approaches by national governments that rely on existing financial sector and money-laundering regulation, voluntary codes, and, in some places like Malta, new legislation providing a legal framework for the industry.

Attitudes in Asia to the crypto sphere run the gamut, from self-regulation in Japan to authorities taking a dimmer view in places like China, which in 2017 placed a blanket ban on cryptocurrency exchanges and initial coin offerings (ICOs).

Watch: What technology will transform the financial sector in the next 5-10 years?

Authorities in Japan are allowing the cryptocurrency industry to regulate itself in the belief that qualified insiders are in a better position to police the fast-moving industry than bureaucrats.

The association will also have to make sure entities comply with these new rules, which are reported to be stronger than existing laws. The hope is that they will rebuild trust in the sector after two large-scale thefts involving cryptocurrency exchanges in the country.

South Korea is the third biggest hub for the trading of digital coins after the U.S. and Japan, but has taken steps to crack down on unbridled trade and unauthorized funds.

In January, it banned the use of anonymous bank accounts in order to prevent cryptocurrencies from being used to launder money or to commit other financial crimes.

At one point, the country was reported to be looking into a ban on cryptocurrency trading, however this hasn’t materialized.

In 2018, China’s crackdown on the industry gathered pace.

After banning cryptocurrency exchanges and ICOs in 2017, China banned financial institutions from funding any activity related to cryptocurrencies, and is reported to be blocking offshore platforms from cryptocurrency trading.

These moves notwithstanding, many of the industry’s biggest players have roots in the country, with the world’s three largest crypto exchanges — Binance, Huobi and OKEx — founded by entrepreneurs with strong links to China.

While cryptocurrency trading is off limits, tech companies, local governments and the central government are investing heavily in blockchain, the technology that underpins cryptocurrencies, believing it to have utility in healthcare, remittances, micropayments and identity management.

Blockchain is expected to play a key role in the construction of what’s being described as a smart city in the Xiongan new area, a flagship government project near Beijing.

India appears set to chart a similar course to China.

A statement from the Ministry of Finance on 30 October says it is devising an appropriate legal framework to ban the use of private cryptocurrencies and to encourage instead the use of distributed ledger technology (such as blockchain), although it’s unclear exactly what form the ban will take.

Thailand has been particularly proactive in regulating the industry, establishing a framework that has legalized seven cryptocurrencies and granting licenses to exchanges and ICO operators. The Bank of Thailand, the central bank, is also prototyping a wholesale digital currency and is investigating how digital ledger technology can benefit the banking system.

The ASEAN region has also become a test-bed for start-ups using blockchain and digital currencies to facilitate remittances, with companies such as Bloom Solutions targeting domestic workers from the Philippines and Indonesia.

Regulators are particularly focused on the risks crypto assets pose when it comes to money laundering and other forms of financial crime.

Owners of crypto assets are typically identified not by names or account numbers, but by cryptographic addresses which can be created at anytime and anywhere. This means that fulfilling Know Your Customer (KYC) obligations as part of anti-money laundering efforts is challenging for crypto businesses.

To combat these risks, the Financial Action Task Force (FATF) is expected to come up with rules to oversee cryptocurrencies by June 2019, which would be a major step to forging international standards for crypto assets.

The explosive growth in crypto assets is hard to ignore.

According to the Global Digital Finance initiative, within a decade, the industry has developed from virtually zero “to a complex ecosystem comprising more than 1,600 types of assets, a total market capitalization of approximately US$300 billion and total funds raised via the sale of crypto assets of $20 billion”.

Contrary to the usual trajectory for new and innovative financial products, it was retail investors that first flocked to bitcoin and other crypto assets. However, that’s now changing, with the sphere attracting blue-chip names like Nomura and Fidelity.

The latter launched a new business to manage digital assets for family offices, hedge funds and trading firms, and the move is likely to be emulated by other big financial institutions.

Will blockchain transform the financial sector?

While the crash endured by bitcoin and its peers has hogged the headlines, it could be blockchain that holds greater potential to transform the financial sector.

Blockchain promises a quicker and cheaper cross-border payment network that can connect anyone, including people and places that don’t currently have access to the global financial system. It’s a premise that’s particularly attractive to companies operating in the sharing economy such as Airbnb.

Cryptocurrencies and other crypto products are destined to come under greater regulatory scrutiny, but this can only be a positive step for an industry that has been extremely volatile and tainted by a few bad apples in its early growth phase.

To move beyond speculation, crypto assets need to become more institutionalized, trusted and accessible — something regulators will play a key role in .

A single platform to help your organization monitor transactions, screen for suspicious financial activity, and support the Know Your Customer (KYC) and onboarding process