How to handle Trump’s regulatory reform 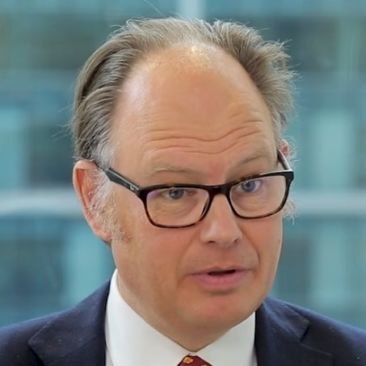 Even though the structures built since the financial crisis are still incomplete, a new age of regulatory reform has dawned.

Find out more about Regulatory Intelligence, a single solution for all your regulatory compliance needs

Inspired by Donald Trump’s election and the UK’s planned separation from the European Union, an uncertain era of “dismantling” of the existing rulebooks is now upon us.

For compliance officers — who must have thought 2016’s close would signal a return to normality in their working lives — the latest overhaul comes as the financial industry races to develop and adopt new technological approaches.

Yet it is clear from our latest report on the State of Regulatory Reform that only by focusing on these regtech advances will financial firms be able to respond quickly to the opportunities offered by change.

In other words, firms should seek to influence their futures rather than simply watching as rulebooks change.

That said, there is no doubting that the industry is facing great uncertainty.

The Trump revolution promises to be substantial, even if the details of his agenda remain vague and sometimes contradictory. With the Republican party in control of both houses of Congress, he has a rare concentration of power.

He has already vowed to “dismantle” the post-crisis Dodd-Frank regulatory overhaul and is stocking his cabinet and financial posts with Wall Street veterans who have criticized Dodd-Frank’s regulatory restraints as excessive.

Despite that, industry veterans see little easing up on enforcement against money laundering and sanctions violations.

The independent regulatory agencies will have Republican leadership, but they can set their agendas a step removed from presidential pressure.

Furthermore, any moves to pass new laws and rewrite the rulebooks will take time.

The U.S. financial industry will remain accountable for complying with existing rules as long as they are in effect, and liability for violations will endure even if enforcement authorities relax their zeal to reflect a new political environment.

It will hardly be any less busy in other parts of the world.

The State of Regulatory Reform Report looks at each of the world’s financial regions in turn, summarizing the key regulatory reforms underway and offering predictions on the regulatory events that will shape the year.

Like Donald Trump’s victory, Brexit confounded the pundits although British Prime Minister Theresa May has yet to trigger Article 50, something she has said she intends to do by the end of March.

This will have a bearing on the plans of financial institutions as they try to establish whether they get any equivalence deal to compensate for the lack of passporting into the EU.

Meanwhile, those firms licensed by the Hong Kong Securities and Futures Commission — more than 2,000 — will face a tough start to the year after the regulator unveiled its “manager-in-charge” regime in mid-December.

It has a deadline for compliance in July and requires firms to designate certain members of senior management with responsibility for eight core functions, covering the front, middle and back office.

Risk and compliance professionals will also face challenges outside the ebb and flow of government regulation.

Find out more about Regulatory Intelligence, a single solution for all your regulatory compliance needs

The financial industry is also in the early stages of a fintech revolution that is disrupting business models and offering new strategies for managing compliance responsibilities.

In short, amid a world of uncertainty, compliance officers face a very busy year.

We provide a connected approach to the regulatory change management process, offering you enhanced content integration and mapping capabilities to ensure you don’t miss a relevant regulatory development