What drives successful business in Africa? With rapidly growing opportunities for investment and business in the region, getting access to objective information remains the biggest challenge. In this episode, we discuss success strategies for establishing sustainable leadership in Africa and leveraging emerging investment opportunities. Get unique insights and tips from Jackie Cureton and Saidah Nash Carter - leaders at Bright Insights Global (BIG) - a boutique women-owned consultancy and expert network committed to helping companies do better business in Africa.

Episode 8: The myths and truths about ESG

This time, we met with Audrey Choi, of Morgan Stanley. We discussed her personal story, Morgan Stanley's path towards sustainability.

In this episode, we took a deep dive into the world of impact investing and got unique insights from Julia Wilkinson, the CEO of Imvest 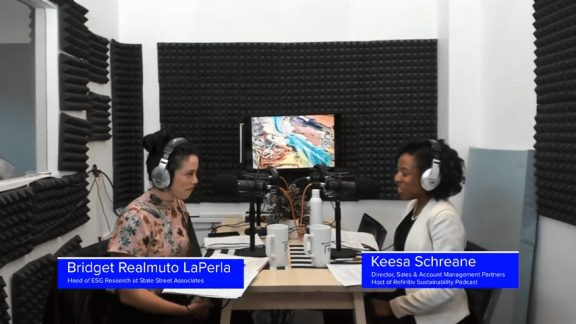